Interesting Facts About the Beatles and the Monkees 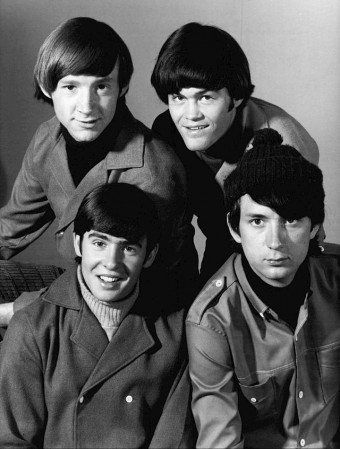 The Beatles vs. “The Monkees”… Well, that’s really no contest, is it? Isn’t that rather like comparing Marilyn Monroe to J. Lo? Jim Carrey to Pauly Shore?

As we all well know and readily concede- fame-wise, talent-wise, popularity-wise, music-wise, and immortality-wise, it’s no contest. But did you know The Monkees’ records outsold both the Beatles and the Rolling Stones combined in the years 1966 to 1967?

With that, let’s take a quick look at these two very popular “musical groups” of the 1960s, the parallels, the similarities, and the differences.

Beatles-Monkees- both cleverly punned, albeit misspelled, names of living non-human creatures. The Monkees were a synthetic “rock group” formed by four young men (two actors and two actual musicians) in 1966 to create a television show about four young carefree musicians, in direct homage to the Beatles’ first film “A Hard Day’s Night.”

The series made no attempt to hide or shy away from their all-too-obvious Beatles influence. In the very first episode of The Monkees TV show, we see Mike Nesmith throwing a dart at a Beatles poster (hitting Ringo). In another Monkees episode, we see the four boys lying on the ground, mumbling, all four heads pushed together, in a shot directly taken from “A Hard Day’s Night.” In yet another episode, Davy’s British grandfather comes to the states to pay him a visit (Paul’s grandfather was the main center of “A Hard Day’s Night”). Even in the very last Monkees episode, we see the boys waking up to their alarm clock / record player, which blares out “Good Morning, Good Morning,” the John Lennon song.

Almost every “Monkees” episode, in fact, featured a rollicking romp of the fours boys running around Helter-Skelter, in the exact same manner as the Beatles did in the famous “running in the field” scene from “A Hard Day’s Night.”

The exact character comparisons were fairly obvious too. John Lennon and Mike Nesmith were the “leaders” of their respective groups- the smartest ones, cracking sly jokes and asides, each with their droll sense of humor. Both somehow seemed “older” than the other three (Nesmith was, but Ringo Starr was actually the oldest Beatle).

Paul McCartney and Davy Jones were the “heart-throbs” of the teams- the two romantic leads, the best looking of the eight and the girls’ favorites. Paul’s trademark ballad song was “Yesterday,” (originally titled: Scrambled Eggs) while Davy warbled “I wanna be free.”

Ringo and Peter Tork each took on the “cute and dumb one” title, the “Harpo Marx” of their respective teams.

Micky Dolenz, definitely the most gifted singer of the Monkees, and George Harrison “The Quiet Beatle,” were a little harder to pigeonhole. Micky and Ringo were both drummers. And George and Peter were each group’s respective most dedicated musicians.

By a strange bit of irony, when the Beatles made their legendary first appearance on “The Ed Sullivan Show” in Feb. Of 1964 before a record-breaking TV audience of 73 million viewers, a young Davy Jones appeared in the cast of “Oliver!” on the same broadcast.

Feeling his oats by 1967, Davy Jones was to state publicly that the Monkees had shown more growth and advancement from their first to third albums than the Beatles had from their first to fifth albums. But for their part, the Beatles showed no resentment over their imitators huge success in 1966-67. John Lennon said the Monkees were “the funniest comedy team since the Marx brothers,” adding that he “never missed an episode” of their TV show.

George Harrison, another Monkees admirer, said “When they get it all sorted out, they might turn out to be the best.”

When the Monkees came to England in 1967, the Beatles even threw them a big party at the “Speakeasy” club. Mike Nesmith had dinner at John Lennon’s home and the two, and their two respective wives, became friends. Mike also attended the Beatles recording sessions for the song “A Day in the Life.”

Paul McCartney became acquainted with Micky Dolenz and is seen at the “Sgt. Pepper’s” recording sessions grinning happily with a mustachioed McCartney. In 1967, the Monkees album “Headquarters” hit the #1 spot on the charts. Of course, its success lasted only one week, before being replaced by the Beatles and “Sgt. Pepper’s Lonely Hearts Club Band.”

Want more? How about these connections:

So the Beatles vs. The Monkess? Well, let’s look at it this way- yes, there is “Seinfeld” and there is “Gilligan’s Island.” The Beatles were, obviously, four immensely talented singers and musicians, with their cornerstone being the greatest songwriting team of the past half-century (Lennon-McCartney). In their famous press conferences and their all-too-brief film career, the Beatles also proved themselves to be very gifted, funny comedians.

The Monkees were very gifted comedic actors. They were renowned for not even playing their own instruments, but they did compose a handful of very good songs between them.

Jim Backus, perhaps, said it best when he was once asked about the low-grade, childish humor of his show “Gilligan’s Island.” The questioner made the point that Gilligan’s Island “wasn’t Shakespeare.” Backus, not insulted, agreed with the interviewer’s premise and readily acknowledged that his popular series, indeed, was not Shakespeare. “I know, but there’s room for us all. There’s room for everybody.”