October 29, 2014 Melissa
U. Grening asks: What happens to your social security number when you die? Does it get used again? 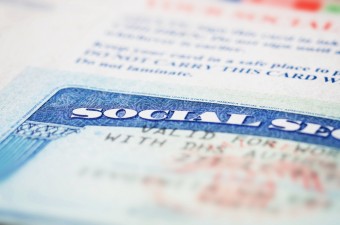 Since 1935, the Social Security Administration has been issuing numbers to permanent residents of the United States.  Nine simple digits distinguish each American from his or her fellow residents.  Today, assigned randomly and never recycled, a social security number is as unique an identifier as your fingerprints. (Although, in the past, duplicates are known to have been issued accidentally.)

Early on, SSNs were issued through the states, and the first three digits designated the state where the person obtained the number; some states had more than one number, and this continued through 1972. Beginning in 1973, the numbers and cards were issued centrally, from the Social Security Administration (SSA) in Baltimore, MD, with the first three digits being assigned based on the zip code included on the application. Most people can verify that their number coincides with the place where they obtained their number here.

The remaining digits of the social security number have little significance, other than as a unique identifier. The second two digits were initially designed to be the holder’s date of birth, but this was quickly abandoned in place of using those as a group number to ensure the accuracy of the issuing process. The last four digits are simply a serial number.

This all changed in June of 2011. In order to help protect the integrity of SSNs and to address the problem of insufficient new numbers in some states, the SSA stopped issuing numbers based on location in lieu of a system of “randomization” that included the following changes:

To date, 450+ million SSNs have been issued, but with just under 1 billion possible number combinations, there has never been a need to recycle numbers, and the SSA notes that it does “not reassign a Social Security number (SSN) after the number holder’s death.” Of course, at some point the numbers will run out and some change will need made to keep up that policy, perhaps adding a digit. But, for now, the answer to “What happens to your SSN when you die?” is absolutely nothing. It remains yours.