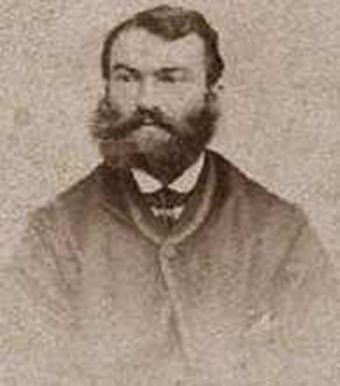 Today I found out they named Parkinson’s disease after a man who was involved in an assassination attempt on King George III.

Parkinson’s disease is a movement disorder characterized by tremors or shaking, with this particular symptom of the progressive disease resulting from dopamine generating cell death in a part of the substantia nigra region of the brain . The disease was named after James Parkinson, a doctor, who wrote about it in 1817 in his 66-page paper, An Essay on the Shaking Palsy.

While his essay was important in the study of the disease, it had been around for a very long time, with recorded instances of it going back pretty much as long as humans have been writing things down. Parkinson had urged other doctors to get involved in researching the disease in order to find a cure, but his paper didn’t really start to make its rounds until 1861. That was when Jean Martin Charcot, a French neurologist, separated the disease from other neurological disorders and named it “Parkinson’s disease.”

James Parkinson himself led a rather interesting life full of varied pursuits. He was born in 1755 and was steered toward a medical career early on by his father, who was a surgeon. It is believed that he studied at the London Hospital Medical College and earned a diploma from the Royal College of Surgeons. He started working in his father’s practice and later took over when his father died in 1794.

However, although his work in medicine was what led to Parkinson being remembered today, it was not his only area of interest. He was also interested in chemistry, palaeontology, geology, politics and social reform. He published radical political pamphlets under the name “Old Hubert” and was a strong critic of Prime Minister William Pitt’s government, which he thought wasn’t doing enough for the under-privileged people in the country.

Given his political ideals and frustration with the government, it might not be surprising to learn that Parkinson is thought to have been involved in the “Popgun Plot.” He had joined a secret society called the London Corresponding Society for Reform of Parliamentary Representation. As the name suggests, the members of the society advocated for better representation of the people in parliament, and also didn’t live in a world where acronyms were a thing. (Previous to the mid-20th century, while abbreviations were prevalent in text, pronouncing them as words was not something people did. In fact, according to linguist David Wilton, “There is only one known pre-twentieth-century [English] word with an acronymic origin and it was in vogue for only a short time in 1886. The word is “colinderies” or “colinda”, an acronym for the Colonial and Indian Exposition held in London in that year.”)

In any event, five members of the society, including Parkinson, were implicated in the plot to use an air-gun to shoot a poisoned dart at King George III at a theatre. As an assassination plan, it doesn’t appear to have been a very well-thought out one—so many things could have gone wrong. However, they never got a chance to find out if it would have worked or not. The men were arrested before the attempt could be carried out.

The others involved in the plot included John Smith, a bookseller; George Higgins, a chemist; and Paul Thomas Le Maitre and Thomas Upton (no relation ;)), watchmakers. All of them were taken in for questioning by the Privy Council and spent some time in jail. However, there wasn’t a lot of direct evidence of their plan and the charges against Parkinson and the others were eventually dropped.

All that said, some historians believe that the plot may not have existed at all.  Instead, they posit that the government had circulated a rumour about it in order to have an excuse to put restrictions on anti-government organizations. Pitt had already passed into law the Treasonous and Seditious Practices Act and the Seditious Meetings Act. The Two Acts, as they became known, basically boiled down to “saying anything against the government is now treason.” The London Corresponding Society in particular spoke out against these acts, believing they infringed on their right to protest the government, which may be why Parkinson and the others were targeted.

While the Privy Council did not have any direct evidence against Parkinson for his involvement in the plot, through questioning about his activities with the London Corresponding Society they were able to learn about his radical political writings under the name “Old Hubert.” After this incident, the number of articles by Old Hubert dropped off dramatically, and Parkinson turned more and more toward writing essays about medicine and, later, nature and geology.