The Differences Between British and American English

February 5, 2014 Emily Upton
Thandi asks: What are some key differences between the UK English and US English? 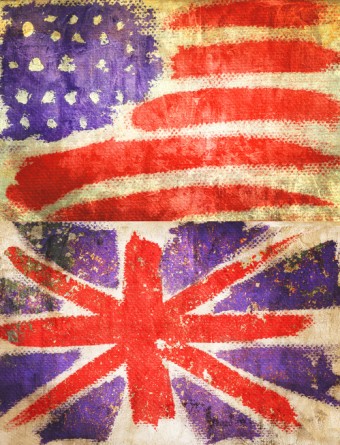 Most people are well aware of some of the more obvious differences between British and American English. For instance, American English omits the “u” in colour, neighbour, honour, etc. Most people also know that a lot of words mean different things: a boot is the trunk of your car, a jumper is a sweater, and thongs are flip-flops. But there are some subtle differences between the two dialects that you might not have noticed at first glance.

This is by no means a comprehensive list of every grammatical quirk between the two versions of English, just a selection of differences that I thought were fun or interesting based on my experiences as an American living abroad where British English is the dominant language. I think I should also point out that with British TV shows on American screens and vice versa, not to mention the interaction we’re able to enjoy on forums across the internet, it’s possible some British or American English has slipped into your vocabulary, so some differences are starting to disappear.

First, speakers of British and American English have different preposition preferences. These little words are so small you might not have noticed the differences when talking to your British/American friends. Each example is grammatically correct, but one or the other might sound a little strange to you depending on where you’re from:

BE: He studied history at university.
AE: She studied biology in college.

In terms of past-time adverbs such as yet, just, or already, Brits usually use the present perfect verb tense and Americans use the past simple verb tense. Again, both forms are correct, and you can get the same meaning across either way:

BE: Have you phoned her yet?
AE: Did you call her yet?

Even when asking a question, the “do” form of “have” is much more common in American English, while British English typically uses “got” for specific situations:

BE: Have you got a sister?
AE: Do you have a sister?

Interestingly, when Americans do use “got,” the “have” and “do” forms are often mixed up between the question and answer, while in British English they are more consistent. Take this example from the BBC:

There are also a couple of verbs that are irregular in American English that are regular in British English, including dive, fit, and wet.

In addition to cutting out letters, sometimes Americans cut out entire words—at least when their sentences are compared to British sentences. In this case, I’m talking about “can” and “could.” When using perception verbs like see, hear, and smell, British English often calls for “can” and “could,” while American English ignores them entirely, like this:

BE: I could hear Jane talking in the other room.
AE: I heard Jane making breakfast in the kitchen.

Then there are those words that are left with an “s” or not depending on which dialect you speak. One such word is the shortened form of mathematics, which is “maths” in British English and “math” in American English. The reasoning for this one is that “mathematics” is plural, so the shortened “maths” in British English should be too. In American English, it’s shortened, but cutting off the “s” as well. Another example of this is toward vs. towards, which is one of the most common mix-ups:

BE: She walked towards the light.
AE: He moved toward the door.

Then, of course, there are the multitude of words that are used differently in each dialect, along with a few different phrases. One I found particularly interesting while polling a few of my friends was the phrase for asking if someone would like you to take them in your car to a different location:

Beyond grammatical quirks, here are some words and their corresponding meanings depending on which side of the pond you’re on:

Do you know of other difference?  Please share them in the comments below!