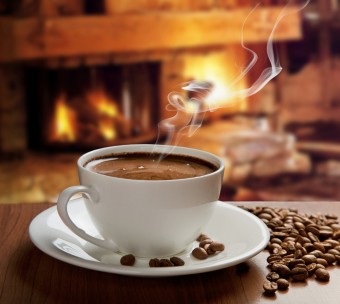 According to a 2013 survey, over eighty three percent of Americans drink coffee in the morning and the average citizen drinks multiple cups per day. Between the dark brew, the flavored lattes, the frozen caffeinated treats, and the whirling gadgets, coffee is now a thirty billion dollar industry. Coffee is big business and companies like Starbucks, Peets, and Folgers have spent gobs of money to get people to drink more of it. Despite all of that, the most expensive coffee probably can’t be found in your downtown coffee shop. No, the most expensive coffee in the world lives alongside feces in the intestinal gut of an Asian palm civet.

Kopi Luwak is the Indonesian pronunciation for what is called “civet coffee,” a beverage made from the beans of coffee berries that are eaten and, then, defecated by the Asian palm civet. Kopi Luwak is literally a type of coffee made possible thanks to a jungle animal’s poop. 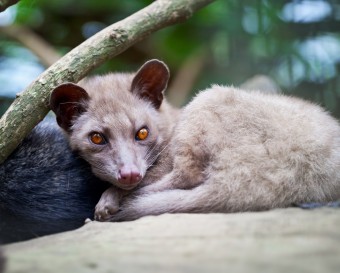 Asian palm civets, sometimes referred to as toddy cats, are small, furry, long-tailed, tree-climbing mammals who are native to Southern and Southeast Asia. They tend to be nocturnal and feed on a diet of berries, pulpy fruit, and seeds. One of their favorite foods is the coffee berry, or coffee cherry. Inside of this berry usually sits two coffee “beans” (though of course they aren’t really beans).

Civets will scour for days looking for this tasty treat. When found, they will sift through the berries to find the ones that are the best, the tastiest, and the ripest. Slashing through the berry with their fangs, they will eat both the berry and the coffee seeds inside. Fortunately for us humans, the civet can’t digest the seeds and when they, well, poop, the seeds come out nearly completely intact. From there, expert civet trackers gather this excrement, separate the seeds from the feces, wash and then dry them out. And then, viola, you have the world’s most expensive coffee seeds!

So who first thought it would be a good idea to try to brew up a cup of Joe from these fecal covered seeds? The story behind the discovery of Kopi Luwak lies in Europe’s long history of colonialism. As Spain, England, Portugal, and the Dutch extended their reach into Asia, they most often “settled” lands that were quite rich in natural resources and farmland. The Dutch became the first large-scale importers of coffee when they discovered the seed in Yemen in the 16th century. Early in the 17th century, the Dutch began to smuggle it out of Yemen, despite a ban by the country on exporting national resources. They planted coffee seeds on the islands of Sumatra and Java in the Dutch colony of Indonesia. 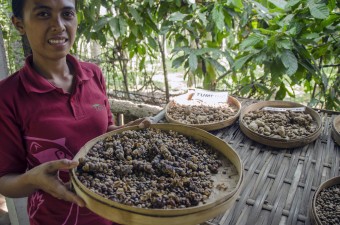 Dutch Indonesian plantation owners grew the coffee seeds out of their rich soil, so that they could sell them back home. To help with this, they hired many locals to work for them as low paid farmers. Curious what all the hoopla was about, prohibited from picking the coffee berries, and too poor to buy them themselves, the farmers were forced to find other avenues to try out coffee. They began to realize that certain species of the civet ate the berries, but the undigested seeds would remain in their droppings. At some point, a few brave souls collected the droppings, plucked the seeds out of them, then cleaned and roasted them for their beverages. The aroma and taste were so distinctive, it soon became a favorite not just among the farmers, but the plantation owners as well.

Coffee experts argue that the reason these coffee seeds brew such a good cup of coffee is due to two reasons: civet selection and digestion. The civets are good at choosing the best coffee berries to munch on, which means the coffee seeds they are digesting are generally of the highest quality. Additionally, while the seeds are making their journey through the civet’s digestive tract, they are absorbing some of the acids and enzymes within the animals digestive tract. Fermentation is occurring. This creates a distinctive “flavor profile” that apparently gives it a taste that has been described as “smooth, chocolatey and devoid of any bitter aftertaste.”

The price for these coffee seeds can reach astronomically figures. Dean and Deluca, a chain of very upscale grocery stores, is currently selling Kopi Luwak that was collected from wild civets in Thailand in a fifty gram bag for seventy dollars, which converts to about $635 per pound. At Funnel Mill, a well-known celebrity hang out coffee shop in Santa Monica, California, they serve a cup of this coffee by appointment only, for eighty dollars, and with no cream or sugar.

Of course, with any expensive or cost-prohibitive item, there will be those who will always try to find a way to produce it cheaply. Sadly, this has been very much the case with Kopi Luwak. Civet farms have been proliferating throughout Southeast Asia recently, causing much concern among animal right activists. Civets are being captured by entrepreneurial farmers, held in wooden cages or, more often, a battery cage system (much like what egg-laying hens are held in), and force-fed the coffee berries. 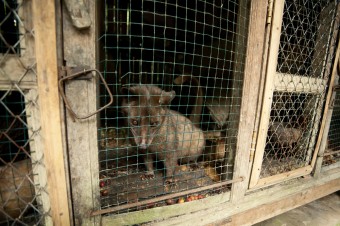 These civet farms have high mortality rates due to the stress put on the trapped civets and the lack of nutritional balance these animals are getting. After all, coffee berries are not the only thing civets should be eating. Even civets that live through their normal life spans in these farms tend to get sick frequently and lose much of their fur. Due to the growth of these farms, an increasing human population, and deforestation, the wild civet population has been decreasing rapidly. There is a fear that the money involved in the Kopi Luwak coffee business will soon make the wild civet go the way of the dodo bird.

Further, coffee connoisseurs believe that there is a huge difference in taste between Kopi Luwak made from wild civets and farmed civets. For one, the natural selection of coffee berries are being taken out of the civet’s claws. Being force-fed the berries give the civets no choice in what berries they should be selecting to eat. Additionally, sick civets and those not getting their normal wild diet don’t have the same level of healthy enzymes and microbes in their stomach, which also could be changing the beans coveted unique “flavor profile.” From this, as you might imagine, it is thought that there are many companies selling farm-raised Kopi Luwak, while passing off their product as wild civet Kopi Luwak.

All that said, many believe that Kopi Luwak is different from other coffee only in price, with the rest all being hype; not unlike how professional wine tasters can’t typically tell the difference between cheap wine and the extremely expensive stuff when put to the test, and that the whole “white wine goes with these foods and red with these others” thing also seems to simply be all in people’s heads.  In fact, professional wine tasters can’t even reliably tell the difference between red and white wines when blind tested, at least unless the test is being administered by someone who isn’t interested in trying to fool them.

The key in both the cheap/expensive wine and the red/white wine tests is thought to be that the tasters typically taste what they are expecting to taste and it’s exceptionally easily to manipulate them (such as telling them they are getting two wines to taste when they are really only getting one).  But even in the red/white tests where no one is trying to fool them, they only get which is red and which is white correct about 70% of the time, which still isn’t that great an average considering it’s a 50/50 shot to begin with.

In any event, while many think a similar thing is happening with the taste of Kopi Luwak, if you fancy yourself a coffee snob, have a hundred bucks or so burning a mug-sized hole in your wallet, and find yourself craving civet intestinal juices, a steaming cup of Kopi Luwak could be for you.