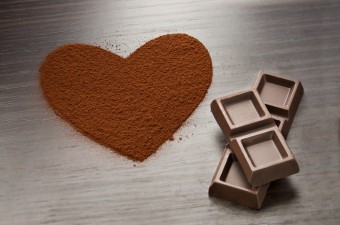 Throughout history people have been trying to solve the problem of not getting any or just not getting enough. The following are some of the all-natural historical cures for the sexy-time doldrums.

If I told you that one of the most prized and well-known aphrodisiacs in the world was a combination of squid beaks, fatty secretions and whale poo, you might tell me to go fornicate myself. Yet, it’s true.

Ambergris begins as a large, compacted mass of the indigestible parts of a squid and other gross stuff in the intestines of a sperm whale. No one knows for sure how it emerges from that dark, stinky interior, although the most obvious explanation, poop, is the most popular.  Floating on the ocean until it washes up on shore, the best ambergris spends years oxidizing from a combination of salt, air and sun.

Prized for its unique and boom-boom encouraging scent, ambergris is in high demand by perfume manufacturers and the amorous alike. In fact, high quality ambergris can sell for $20 per gram (about $9,000 per pound). As you can imagine, there is a thriving industry in ambergris hunting, and the competition can be fierce, as it was between these two collectors:

Several years ago, Ross Sherman, a longtime ambergris collector in New Zealand, was hit by a car on Baylys Beach, driven by one of his main competitors, John James Vodanovich. Sherman fought back with a piece of PVC pipe and escaped with minor injuries.

You don’t have to risk bodily injury to get ambergris. It is widely available at the perfume counter in your local department store in Chanel Number 5, Balmain, Givenchy Amarige and Gucci Guilty.  That’s right, you’ve been spraying yourself with a substance containing whale poop, or in cheaper alternatives, a whale poop substitute.

Possessing supposedly powerful mind-altering chemicals, chocolate’s unique qualities raise intriguing questions about its ability to arouse the savage beast. First, it contains tryptophan, a precursor to serotonin, itself a neurotransmitter that regulates mood and sexual desire. Second, it has the neurochemical phenylethylamine (PEA), a natural stimulant known as the “love molecule” because it induces a feeling of infatuation. Third, it has the messenger molecule anandaminde, named after the Sanskrit word for bliss because that’s the feeling it promotes.

Yet despite the presence of these three, scientists (those buzz kills) generally dismiss the claim that chocolate has any physiological effect on sexual arousal, ascribing any perceived enhancement to psychological factors. Despite this, many, particularly in somewhat recent history, have ascribed libido enhancing powers to chocolate.

From the Chinese meaning, literally, man plant root, ginseng has been used as an aphrodisiac since ancient times. In a 2000 study, Nocerino, et al reported that ginsenosides relaxed rabbit sexual organs (in a good way) as well as induced neurogenic effects conducive to sexual activity; the report concluded that ginseng’s “antioxidant and organ-protective actions” were related to enhanced cellular activity that positively affected sexual activity and impotence.

Throughout history, a variety of phallic head protrusions, including unicorn and rhinoceros horns and narwhal tusks, have been touted as aphrodisiacs. Although no scientific findings support any claims of improved lovemaking, studies have revealed that the long-held belief that rhino horns can detect poisons is true. Apparently, the horn is made up almost entirely of keratin, a protein that chemically reacts with any strong alkaline, like a poison.

Perhaps the most well known of the food aphrodisiacs, oysters have been taken to enhance sexual desire and performance since at least Roman times. There are many theories why oysters are said to increase libido, including that they resemble female genitalia. (Really? We personally think those making that claim perhaps need to do a little more “research”… for science.)  Somewhat more plausible is that oysters are high in zinc, a mineral essential to the production of certain sex hormones.

However, only one aspect of oysters, and other bivalve mollusks, have been scientifically proven to increase sexual activity – their rich reserves of the rare amino acids, D-apartic acid (D-Asp) and N-mthyl-D-asparate (NMDA). In experiments, scientists demonstrated that injecting rats with D-Asp and NMDA triggered the production of progesterone and testosterone in females and males, respectively. As one of the researchers said, “Increased levels of those hormones in the blood means you are more active sexually.”

According to People for the Ethical Treatment of Animals (PETA), the smell of pumpkin pie has been shown in scientific research to increase blood flow to the penis by as much as 40% (when sniffed in combination with lavender). This research, which is 15 years old, has never been verified and its initial results have been called into question. Nonetheless, like pine nuts and oysters, pumpkin seeds are packed with zinc, an element vital to the production of testosterone.

Many cultures claim that eating an animal’s John Thomas and/or bollocks will increase libido. For example, in Asia it is believed that eating tiger or deer penis will enhance sexual performance. According to reports, “It’s thought that by eating these animal organs, you take on some of the animals’ powers.” Likewise, in the American west, eating a bull’s coconuts, called Rocky Mountain Oysters, served raw or breaded and deep fried, is highly recommended to help get a cowboy back in the saddle.

Who would’ve thought that by drying out and crushing the body of a tiny beetle, Lytta vesicatoria, it would produce a powder that swells the urethra and turns Robin into Batman? And yet countless observations have confirmed that the active ingredient in Spanish Fly, cantharidin, is an effective way of increasing the size and duration of an erection. Despite its effectiveness, however, Spanish Fly is not a popular sex aide for one very good reason – it is a lethal poison, even in small amounts.

Derived from the bark of an evergreen tree native to Gabon, Cameroon and the Democratic Republic of Congo, yohimbe has been traditionally used to cure everything from leprosy to erectile dysfunction. It is believed that its stimulant properties, including increasing the production of norepinephrine and adrenaline in the body, boost sexual performance.

According to WebMD (who seems to think my recent cough might be a sign of a rare and deadly form of cancer), the active ingredient in yohimbe, yohimbine (oddly enough), increases blood flow to, and nerve impulses in, both male and female sexual organs; however, the National Center for Complementary and Alternative Medicine (NCCAM) cautions: “It is not known whether yohimbe is effective for any health condition because clinical trials have not been conducted on the bark or its extract.”

The Science of Aphrodisiacs