This Day in History: December 9th 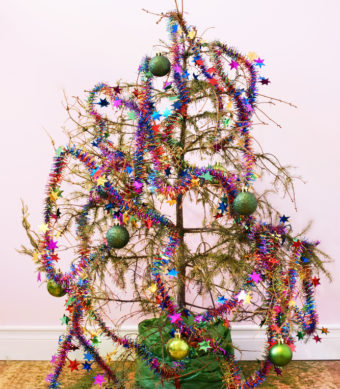 One of the most beloved Christmas specials of all time, A Charlie Brown Christmas, debuted on this day in history, 1965.

The story begins with a short documentary by producer Lee Mendelson about Peanuts creator Charles Schulz, entitled “A Boy Named Charlie Brown.” The 1963 film featured live, animated Peanuts characters by Bill Melendez, with musical accompaniment by jazz musician Vince Guaraldi. Not one of the networks had any interest in airing it.

By 1965, Peanuts had graced the cover of Time magazine, and was a huge pop culture phenomenon. A representative from the Coca Cola Company called Mendelson and asked if he had considered the idea of producing a Peanuts Christmas television special. Mendelson played along and said that he had. After he hung up the phone, he called Peanuts creator Charles Schulz, who had an outline written by the next day.

Schulz insisted that “A Charlie Brown Christmas” do more than just entertain; he wanted the program to have a purpose. He insisted the show should touch upon the true meaning of Christmas, and believed the best way to do that was with Biblical passages from the Book of Luke.

Beyond that, problems abounded. The program’s opening skating scene gave Mendelson serious second thoughts. He decided adding lyrics to Vince Guaraldi’s music would beef up the sequence, but no songwriters were available to complete the task. Undaunted, Mendelson sat down and wrote “Christmas Time Is Here” in under ten minutes.

Four weeks before the program was broadcast, Mendelson and Melendez were watching the first cut of the show with ten other animators. Mendelson noticed that Schulz’s last name was misspelled as “Schultz” during the closing credits – “a bad omen that needed to be fixed right away.” To make matters worse, the closing credits were white text against a snowy background, making them very difficult to read. But it was too expensive to fix as the project was already well over budget.

When “A Charlie Brown Christmas” made its debut on December 9, 1965, it was seen in over 15 million homes, topped only by the wildly popular “Bonanza.” It amassed glowing reviews, critical acclaim, as well as an Emmy and a Peabody award. So much for the speculative abilities of the CBS execs.

The story of Charlie Brown, his pathetic tree, and the true meaning of Christmas remains a beloved holiday tradition almost 50 years after its premiere. What is it about this simple little cartoon that keeps us all – long after we’ve said good-bye to childhood – coming back for more every holiday season?

The Pulitzer-winning novelist Michael Chabon sums it up nicely:

That show, in its plot, characters, and perhaps above all in its music, captures an authentic bittersweetness, the melancholy of this time of year, like no other work of art I know.