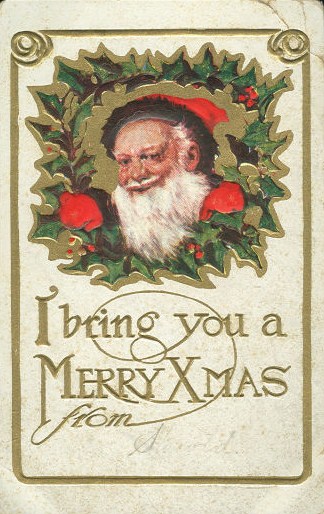 Myth: “Xmas” is a non-religious name / spelling for “Christmas”.

It turns out, “Xmas” is not a non-religious version of “Christmas”. The “X” is actually indicating the Greek letter “Chi”, which is short for the Greek

, meaning “Christ”. So “Xmas” and “Christmas” are equivalent in every way except their lettering.

In fact, although writing guides such as those issued by the New York Times; the BBC; The Christian Writer’s Manual of Style; and Oxford Press discourage the use of Xmas in formal writing, at one time, it was a very popular practice, particularly with religious scribes, who are thought to have started the whole “Xmas” thing in the first place. Indeed, the practice of using the symbol “X” in place of Christ’s name has been going on amongst religious scholars for at least 1000 years.

Eventually, this shorthand trick spread to non-religious writings where nearly everywhere “Christ” appeared in a word, the Greek Chi would replace that part of the word. For example, in the 17th and 18th centuries, there are numerous non-religious documents containing instances of “Xine”, which was a common spelling for someone whose name was Christine.