This Day in History: December 4th 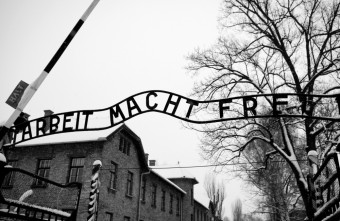 After the Nazis invaded Poland in 1939, the Jews were forced into ghettos, taken away to forced labor or concentration camps, or killed. Homes and businesses belonging to Jews were confiscated, and synagogues were ransacked for valuables and burned to the ground. Many non-Jewish Poles felt sympathy for their Jewish neighbors, and they themselves felt uneasy; being of Slavic descent, they knew the Aryan Germans also considered them inferior.

This did not deter two Catholic women, Zofia Kossak-Szczucka and Wanda Krahelska-Filipowicz, on this day in history, 1942, from forming the Council for Aid to the Jews, or Zegota, which was the code name for the group. Both women had a long history of activism and had excellent connections with the Polish underground, which they dedicated to helping the Jews avoid persecution – or worse.

During the Nazi’s reign of Terror in Poland, Zegota was efficiently setting up its plan of action and recruiting candidates most suited to help meet the organization’s goals. They organized their priorities into several specific departments: housing, finances, medicine, and legal.

One of Zegota’s first recruits was Irena Sendlerowa, who worked for the Warsaw Welfare Department, who had invaluable connections with many social and medical workers. Among other things, she was instrumental in smuggling 2,500 children out of the Warsaw ghetto and into safe Polish and Austrian homes. She also called out Catholics who claimed to love God but hated their Jewish countrymen.

In a very short while, membership in Zegota was booming. It included huge networks including such groups as railway workers, the Scout Association, the Writer’s Union, The Democratic Doctor’s Committee, sanitation workers, and so on. Even in the face of all the risks and danger, no-one ever betrayed the organization, even under threat of death, which is exactly what helping the Jews would get you if you were found out in Poland at the time.

One Polish man was driven by compassion to throw a loaf of bread over the wall of the Warsaw ghetto only to be immediately shot for this act. During World War II, at least 20,000 members of the Zegota were caught and executed by the Germans. Many more were jailed, tortured or sent to concentration camps.

While exact figures are hard to determine, it is thought that because of Zegota, an estimated 40,000 to 50,000 Jewish lives were saved that most likely would have been lost. For this, they were recognized as Righteous Among Nations by Israel.