This Day in History: December 3rd 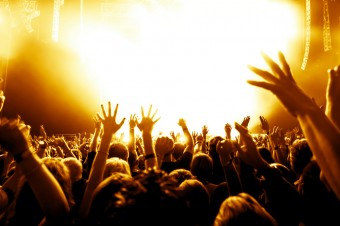 The British rock band The Who hadn’t played Cincinnati since 1975, so the excitement level was high among the fans standing outside the Riverfront Coliseum on December 3,1979.

For the majority of the fans attending the concert – 14,000 out of the over 18,000 in attendance – tickets were either for festival seating (standing room) or general admission (unreserved seating).

The die-hard followers of the band had been lining up outside the venue in the early winter chill many hours before the start of the show. They were braving the cold so when the doors finally opened, they could run like hell to ensure a prime spot near the stage. General admission meant the race went to the swiftest. So anticipation was running high the closer it came to show time. Not exactly a recipe for safely getting to one’s seat.

There were other safety issues cropping up before the band took the stage that evening. The communication between event organizers and security was abysmal. There was no attempt to manage the large crowd queued at the door in any way. Worst of all, concert organizers refused a police call to open an adequate number of main entrance doors to avoid concert goers from being crushed. They were concerned about people sneaking by ticket turnstiles.

When it came time to admit the concert goers, the Coliseum staff only opened one or two doors from a broad bank of available doors to handle the huge throng of people. Eyewitnesses watched with disbelief as these doors opened, then closed, then reopened, then shut, to open again, and so on.

When the doors were open, ticket holders pressed through. But when the doors were closed, people were crushed against each other and the building itself by the thousands of other concert goers behind them, who had no idea that the main entrance was closed off. People were knocked to the floor, fighting for breath and their lives with each surge of the crowd.

Ron Duritch, who was caught in the crush, describes the situation:

A wave swept me to the left and when I regained my stance I felt that I was standing on someone. The helplessness and frustration of this moment sent a wave of panic through me. I screamed with all my strength that I was standing on someone. I couldn’t move. I could only scream. Another wave came and pushed me further left towards the door. I felt my leg being pulled to the right. The crowd shifted again and I reached down and grabbed an arm at my leg. I struggled for awhile and finally pulled up a young girl who also had a young boy clinging to her limbs. They were barely conscious and their faces were filled with tears.

Eleven people lost their lives at the Riverfront Coliseum that night. A citizen’s task force was organized by local authorities to make sense of the tragedy, and they found numerous contributing factors such as: not enough opened doors, poor security, crowd anticipation and festival seating. Because of this incident, general admission seating was banned for 25 years in Cincinnati.

As for the band, the members of The Who were not told of these events until after their performance that evening.