This Day in History: December 5th 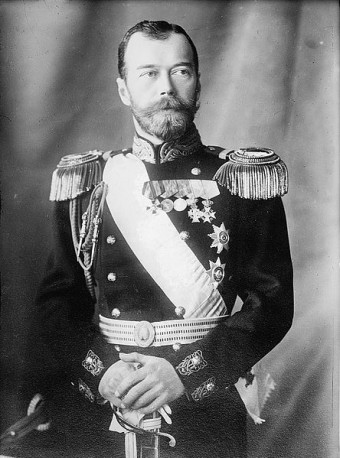 Using DNA extracted from blood stains on the emperor’s clothing and bone fragments, on this day in history, 2008, it was confirmed that human remains found in the Urals in 1991 were those of Czar Nicholas II. The findings of this research also proved bone fragments found near Yekaterinburg in 2007 could be conclusively identified as the remains of the Czar’s son Alexis and daughter Maria.

After the Imperial family was killed by the Bolsheviks on July 16, 1918, one of their executioners hastily buried most of them (except for Alexis and Maria) in a forest north of north of Yekaterinburg, where they remained until nine skeletons were discovered in 1991. These remains turned out to be those of the Czar, Czarina, three of their daughters, and several of their retainers.

The Russian government re-buried the bodies and accorded the long-dead Czar and his family a state funeral. The Romanovs were interred in the St. Peter an Paul Cathedral in St. Petersburg, joining a long line of Russian monarchs going back to Peter the Great. In attendance was Russian president Boris Yeltsin, along with Prince Michael of Kent of Great Britain. (The Romanovs and the Windsors both trace their ancestry directly back to Queen Victoria.)

The fact that two of the children’s bodies were unaccounted for fueled speculation that at least one of them may have survived that bloody day in Yekaterinburg. Some put forth the theory that jewelry sewn into their clothing to hide it from their captors could have prevented the gun fire and bayonets from killing them.

A woman named Anna Anderson had many people convinced for decades that she was the Grand Duchess Anastasia. However, in 1994, ten years after her death, DNA evidence proved that she was actually a Polish woman Franziska Schanzkowska. When the remains of the last two children were unearthed in 2007, all conjecture was finally ended, and the Romanov family could finally be reunited after almost 80 years.