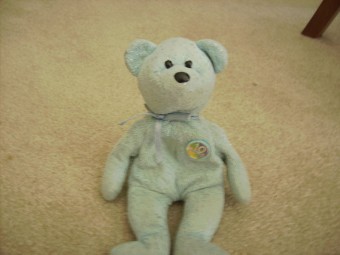 The first step in the creation of the Beanie Baby began in 1983 when 39 year old former aspiring actor H Ty Warner, who had recently either been fired from or simply chose to leave the Dakin toy company he’d worked for during much of his adult life, opened his own toy company that manufactured small stuffed animals.

Modeling the “go big or go home” creed, he invested pretty much every dime he had in it, including $50,000 in inheritance from his father who’d just died.

He called his first toys the Himalayan Cats, which quickly sold out in local stores. What set Warner’s stuffed animals apart was that plastic pellets were used instead of conventional stuffing materials, so the toy had a more life-like and less stiff feel to it. His competitors thought he was nuts, and compared his product to “roadkill.”

Ty had the last laugh by selling 30,000 units of “roadkill” at the Atlanta toy fair, and by 1992 his company’s catalog included dozens of animals. As successful as this endeavor was, Warner was still not satisfied. He wanted to create a collectible toy that kids could purchase with their own pocket money for under five dollars.  At the time, according to Ty, there were no toys “in the $5 range that weren’t real garbage.” So he got to work and made it happen.

The “original nine,” as collectors call them, was rolled out in Chicago in 1994. They are, in no particular order: Spot the Dog, Squealer the Pig, Patti the Platypus, Cubbie the Bear, Chocolate the Moose, Pinchers the Lobster, Splash the Killer Whale, Legs the Frog and Splash the Dolphin.

There were 50 official Beanie Babies for sale within a year, but none of them were available at large retail outlets. Ty instead chose to market his product solely at small gift shops and specialty stores, lending the items a certain air of exclusivity, regardless of their low price.

By utilizing certain marketing techniques, Ty Warner was able to create a product that was highly desirable not only to children, but also to collectors who were willing to pay thousands of dollars on secondary markets for certain Beanie Babies.  These marketing tricks included:

Of course, the thing that killed the Beanie Baby’s popularity ended up being that it became too popular at which point they no longer seemed so unique and special, so people quickly lost their enthusiasm for them.  As collector Kelly Cabral stated just after the bubble burst,  “My husband’s like, ‘Where did we get all these?’ Then you realize you spent way too much time on this insanity.”

Ty Warner took some pretty sizable risks when he launched Ty Inc., dropping every dime he had into a product most in the industry thought was crap. Considering at the peak of the Beanie Baby bubble about a little over a decade ago his net-worth rose to around $6 billion, and even today it’s around $2.6 billion thanks to some savvy business moves during the bubble, it’s pretty safe to say that the self-made billionaire’s risks definitely paid off.