Where the Term “Jackpot” Came From 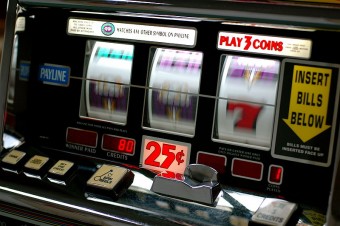 Today I found out the origin of the term “jackpot”.

Jackpot originally popped up around the 1870s and was from the poker game “Jacks or Better”.  This is much like traditional five card draw, except in this case, if a player does not have a pair of “jacks or better” in the first round of betting, he has to pass.  This doesn’t necessarily mean he has to be holding a pair of jacks, queens, or the like.  It just means that he has to be holding cards that will beat a pair of tens.

Once the first person who has that has placed a bet in the opening betting round, the rest of the participants are free to bet as they will, regardless of the cards they hold.   In the case where nobody holds “jacks or better”, the hand must be re-dealt with additional ante required, so the pot can grow just from antes.

When the game is finally over, no player is allowed to win with anything less than three of a kind or better.  If, at the end, no one has better than three of a kind or more, then no player gets the pot and the hand is re-dealt with additional ante required to be added to the existing accumulated pot.  Over time this pot can potentially grow quite large, hence “jackpot”.

Within a few decades of the term “jackpot” in poker popping up, the term morphed into a slang term for “trouble with the law”, and further morphed by the mid-20th century to primarily be associated with “hitting the jackpot” with slot machines. From there, it became even more figurative, referring to any big prize or good turn of events.