FACT OR FICTION?: A Young Bill Murray Was Arrested for Carrying 10 Pounds of Marijuana 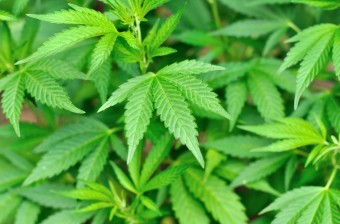 Among those who use recreational drugs, Bill Murray is something of an icon, having played several pot-smoking characters over the years, including the cannabis-loving sea captain Steve Zissou from The Life Aquatic with Steve Zissou, and noted drug user Hunter S. Thompson in Where the Buffalo Roam.

So, was Bill Murray actually arrested for transporting Mary Jane, or was this story just an urban legend concocted by Murray’s pot-smoking fanbase?  Believe it or not, this story is actually true. Murray was arrested for this on his 20th birthday…not exactly the best way to celebrate such a happy occasion.

Here’s how it went down: on September 21st, 1970, Murray was trying to catch a flight to Denver. At the time, Murray was a pre-med student (yes, you read that right) at Regis University in Colorado. But Murray never made his flight back to school…partially because of a stupid joke.

While Murray is considered a gifted comedian today, at age 20, he still needed to hone his craft. Perhaps he had been smoking a bit before arriving at Chicago’s O’Hare International Airport, because while waiting to board the plane, he joked to a fellow passenger that his suitcase contained two bombs…

Unfortunately for Murray, a ticket agent overheard his comment and alerted the authorities. Of course, Murray didn’t have “two bombs”, but his luggage did contain a staggering amount of grass. To be precise, Murray had five “bricks” of marijuana in his possession, which weighed a total of about 10 pounds. That much weed was worth $20,000 at the time, or about $117,000 today.

That said, even if Murray hadn’t been running his mouth, he would have been caught red-handed. Chicago’s finest vice detectives were already on the scene waiting for Murray, having gotten a tip about his suitcase full of drugs.  Suffice it to say, Murray was arrested and put on probation for five years.

During that time, his doctoral aspirations were put on hold. However, Regis did award him an honorary doctorate in 2007. (Student loans not necessary!) Incidentally, when he accepted the doctorate, he did so wearing pajama shorts and top, with a suit jacket over them.