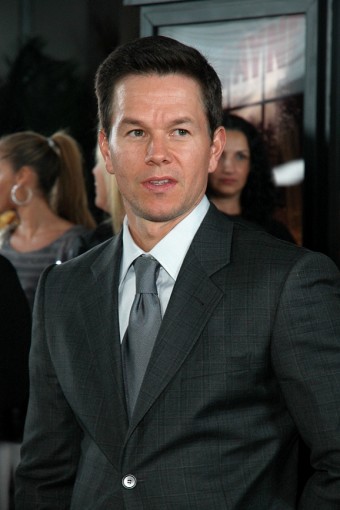 Today I found out Mark Wahlberg was a drug dealer and was tried for attempted murder before forming Marky Mark and the Funky Bunch.

Wahlberg, born the youngest of nine children all living in a three bedroom apartment, dropped out of school around the age of fourteen and joined a gang.  During this time, he was reportedly in trouble with the law around 20-25 times, for dealing drugs and various other offenses. He also claims he became addicted to cocaine during this period.  Things came to a head when he was 16 years old and he attacked two Vietnamese men without provocation.  He attacked the first with a stick and he punched the second, permanently blinding him in the process.  The official record of the event as recorded by the Commonwealth of Massachusetts Superior Court is as follows:

At approximately 9:00 p.m. on April 8, 1988,  Thanh Lam, a Vietnamese adult male who resides in Dorchester, traveled by car to 998 Dorchester Avenue, Dorchester, Massachusetts.  At 998 Dorchester Avenue, Thanh Lam left his car carrying two cases of beer.  As he crossed the sidewalk, Mark Wahlberg attacked Thanh Lam.  Wahlberg was carrying a large wooden stick, approximately five feet long and two to three inches in diameter.  Wahlberg approached Thanh Lam calling him a “Vietnam fucking shit”, then hit him over the head with the stick.  Thanh Lam was knocked to the ground unconscious.  The stick broke in two and was later recovered from the scene.  Thanh Lam was treated overnight at Boston City Hospital.

After police arrested Wahlberg later on the night of April 8, 1988, Wahlberg was informed of his rights and returned to the scene of 988 Dorchester Avenue.  In the presence of two police officers, he stated: “You don’t have to let him identify me, I’ll tell you now that’s the mother-fucker whose head I split open”, or words to that effect.

Wahlberg ran up to Hoa Trinh, put his arm around Hoa Trinh’s shoulder and said: “Police coming, police coming, let me hide.” After a police cruiser passed, Wahlberg punched Trinh in the eye, causing him to fall to the ground.

Police arrived and Hoa Trinh identified Wahlberg as the person who punched him.  Wahlberg was placed under arrest and read his rights.  Thereafter, he made numerous unsolicited racial statements about “gooks” and “slant-eyed gooks”.  After being returned to 998 Dorchester Avenue, Wahlberg identified Thanh Lam as the person he hit over the head with a stick.

For these attacks, Wahlberg was arrested and initially charged with attempted murder, but it was later reduced to criminal contempt, which carried a maximum sentence of ten years.  After pleading guilty, he was given a two year sentence at the Deer Island House of Correction in Boston.  In the end, he only had to serve 45 days in the correctional facility.

Unlike most that go through such facilities, the time he spent locked up inspired him to try and turn his life around.  “As soon as I began that life of crime, there was always a voice in my head telling me I was going to end up in jail. Three of my brothers had done time. My sister went to prison so many times I lost count. Finally I was there, locked up with the kind of guys I’d always wanted to be like. Now I’d earned my stripes and I was just like them and I realized it wasn’t what I wanted at all. I’d ended up in the worst place I could possibly imagine and I never wanted to go back.”  He started his turn-around by reaching out to his parish priest for guidance and support, as well as leaving the gang he was a member of.

Mark Wahlberg’s big break came thanks to his older brother, Donnie.  Donnie Wahlberg was already famous at this point with his success as a member of The New Kids on the Block, a band Mark had initially been a member of at the age of 13, but quit before the group became famous.  Mark had been working as a bricklayer after serving time when Donnie helped him form Marky Mark and the Funky Bunch, including helping him get a record contract and producing the first record the group made.  The debut album Music for the People, released in 1991 when Mark Wahlberg was 19 years old, ended up going Platinum thanks largely to the hit single Good Vibrations and the follow up single Wildside.

After his music career started to hit the tank a couple years later, Wahlberg dropped his Marky Mark persona and decided to take up acting.  Despite early skepticism by critics, he made the switch successfully, with his first critical success coming from appearing in The Basketball Diaries, though he had a few roles before this, most notably opposite Danny DeVito in Renaissance Man.  Since then, he has become one of the bigger stars in Hollywood, reportedly commanding around $12-$15 million per movie today.