How Did Judge Judy Get Her Gig?

August 2, 2013 Deborah Honeycutt
Travis asks: How did Judge Judy get her gig? Is she actually a real judge and are her rulings actually legally binding? 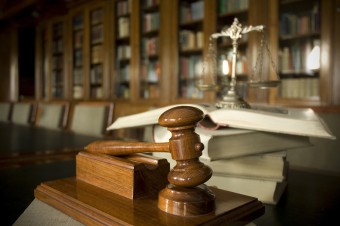 Say what you want about Judge Judy, but the woman is successful and not by mistake.  The no-nonsense woman with the signature white doily is indeed a real-life judge and now television icon making boatloads of money.  She tells people to shut their mouths and makes no apologies for her bold personality that has made her a household name.

Born October 21, 1942 as Judith Susan Blum in Brooklyn, New York, her parents, Murray and Ethel, were Jewish and German.  Her father was a dentist, whom Judy once described as the ‘greatest thing since sliced bread’ and her mother as ‘a meat and potatoes kind of gal.’  She attended James Madison High School in Brooklyn, graduating in just 3 ½ years at age 17 before enrolling in American University in Washington, D.C., where she received a Bachelor of Arts as a government major.  Next up was law school at the Washington College of Law and she was the sole woman in a class of 126 students.  Judy eventually received her law degree at New York Law School in 1965, graduating first in her class with a Juris Doctor.  She passed the New York Bar Exam the same year, landing her first job working for a cosmetics firm as a corporate lawyer, and becoming dissatisfied two years later.  She chose to step away to raise her two children with first husband Ronald Levy, a prosecutor.  After 12 years of marriage, the two parted ways.

One year later, Judy Levy proposed to Judge Jerry Sheindlin who had also been married and divorced.  They were married that year, and it is a marriage with a not-so-common story:  Judy divorced Jerry in 1990, partly to grieve her father’s death that same year which had brought quite a bit of added stress to their relationship.  After taking time for herself, the two remarried one year later and are still married today.  The two have three children together, five children total and twelve grandchildren.  Judy and Jerry also performed the marriage ceremonies of 4 of their 5 children.  (One has yet to take the plunge.)

Judge Judy Sheindlin’s legal career traces back to her days in family court in the year 1972.  She prosecuted juvenile delinquency cases for the state of New York and soon grew a reputation as a sharp, savvy lawyer.  Then-New York Mayor Ed Koch appointed Sheindlin to a seat as a judge in family court, and within four years, she was moved up the ranks to Supervising Judge in Manhattan.

Judy Sheindlin was tough.  She had a clear message from her bench:  Take responsibility for yourself, your actions and the children you’ve brought into the world.  If those requirements were not met, there were repercussions.  Judy introduced an open-court policy, allowing the public and the media inside to view her daily proceedings, which was not commonly done by other judges at the time.  Known for her outspoken nature, she was featured in a Los Angeles Times article and appeared on 60 Minutes in 1993 before being approached about presiding over real-life cases in a televised courtroom.  Audiences were soon watching Judge Judy, which became a nationally syndicated show in September of 1996, the same year she released her first book, sarcastically named Don’t Pee On My Leg and Tell Me It’s Raining.   She went on to publish two additional books for adults, sharing opinions on solving family problems, and two for children, both of which include illustrations and discussion-leading questions for kids and their parents to read together.

Needless to say, she’s done well in the last couple decades- her television series has lasted 17 years and has become a part of American pop culture; she has appeared on Saturday Night Live, various media outlets, Oprah, and has been parodied on shows such as Will & Grace and The Simpsons.  In 2004, VH1 named Sheindlin one of the ‘200 Greatest Pop Culture Icons.’  Sheindlin’s prestigious star on the Hollywood Walk of Fame sits alongside the names of movie actors and other starlets.  And in 2010, Judge Judy did the unthinkable, averaging more viewers than did Oprah.  In total, Sheindlin’s beaten the queen of talk in ratings 13 out of 15 seasons.

Jennifer Aniston may be eye-candy for many men, but I know of one man at work who crushes on the 5’1 Sheindlin.  Maybe it’s her authoritative style that intrigues him, (‘You’re an idiot!’ is one of her popular phrases.)  Maybe it’s the mystery of what exactly is under Judy Sheindlin’s black robe.  It could also be the photo Sheindlin shared while guesting on Katie Couric’s talk show where she posed in a two-piece white bikini, celebrating her 70th birthday at the time.  Sheindlin wore it proudly, thanks to a regime of exercise and eating healthy, though she says she will likely never wear a two-piece again.  (It was more of a bucket-list goal that she wanted to accomplish.)  Most would have to agree, she wore it well.  See for yourself here.  When she isn’t sporting bikinis, Sheindlin says she enjoys spending free time with her grandchildren, ice-skating, snorkeling and surfing the net for bargains.

So how much does Judge Judy make for her show?  Let’s just say that Sheindlin won’t need a second job anytime soon. The woman who owns a 190-foot yacht named Her Honor makes roughly $123,000 per calendar day.  Yes, that’s per DAY.  As for how much money per episode that Judge Judy makes these days, USA Today has reported that Sheindlin only works 52 days a year, earning an income of over $865,000 per episode (about $44M per year).  Forbes has also taken notice, and lists Sheindlin’s net worth in 2012 at $110 million.

She’s isn’t ready to quit, either, currently signed through 2015 at those rates.  Her courtroom show not only makes her the highest-paid woman in television, but the 13th richest woman in entertainment on a list which includes Oprah, Lady Gaga, Taylor Swift and Ellen DeGeneres.  One has to think she’s probably near tops, if not top, in history for earnings for a judge as well.