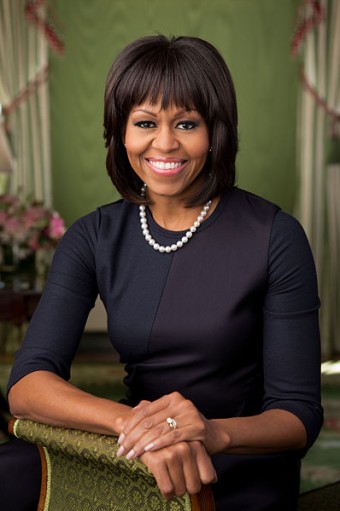 For those not familiar, the “First Lady” is a title which refers to the official hostess of the White House.  Although it is not a firm prerequisite for the title, the First Lady is commonly thought to be the wife of the President.  But who was actually the first-ever “First Lady”?

In the early years of U.S. Presidents, their wives were referred to by several different monikers with the titles often based on the wife’s personal preference.  For instance, the titles “Mrs. President” and “Mrs. Presidentress” were sometimes used.

Martha Washington was often addressed as “Lady Washington”.  The wife of John Tyler, our 10th U.S. President, liked to be called “Queen of the House”.

In a June 12, 1843 article in the Boston Courier titled “Martha Washington”, the author, a Mrs. Sigourney, wrote:

The First Lady of the nation still preserved the habits of early life. Indulging in no indolence she left the pillow at dawn, and after breakfast, retired to her chamber for an hour for study of scriptures and devotion.

This was the first known reference to “First Lady” in print referring to a wife of a U.S. President.

Next up, some sources claim that in 1849 President Zachary Taylor called Dolley Madison “First Lady” at her state funeral in his eulogy.  However, no actual written copy of the eulogy exists.

By a slight bit of irony, the first woman to definitely be referred to as the “First Lady” during her term in that “position”, was not the wife of a U.S. President.  Our 15th U.S. President, James Buchanan, was a bachelor.  As such, he had no wife to be the official White House hostess.  Instead, his 27-year-old niece, Harriet Lane, took on the role during Buchanan’s term in office (1857-1861) at official White House functions.

The specific place she was first called such was in a March 1860 article in Frank Leslie’s popular Illustrated Newspaper.  In it, Harriet was unofficially (but popularly) dubbed “The Lady of the White House”, and by courtesy, “The First Lady of the Land”.  Making her the first verifiable case of a sitting “First Lady” actually being called such.

The term gained popularity, particularly in Washington D.C., during Harriet Lane’s White House years and it also began to be used retrospectively in referring to former Presidents’ wives, though still not on a wide scale.

The earliest known written evidence of the term being used outside of a newspaper comes from the diary of William Howard Russell, who wrote it in a November 3, 1863 entry, referring to gossip about the “First Lady of the Land”, in regard to Mary Todd Lincoln.

The title continued to pick up steam and gained nationwide recognition in 1877 when Mary C. Ames wrote in the New York City newspaper, The Independent, describing the wife of Rutherford B. Hayes, Lucy, as “The First Lady” (at his inauguration).  Frequent reporting about Lucy Hayes’ activities during Hayes’ term in office (1877-1881) by the press helped the term gain greater popularity outside of Washington D.C.

A popular 1911 comedy play written by playwright Charles Nirdlinger titled “First Lady of the Land” also helped popularized the sobriquet further. By the 1930s, “First Lady” was almost universally used in the United States as the title for the wife / chief hostess of the White House.