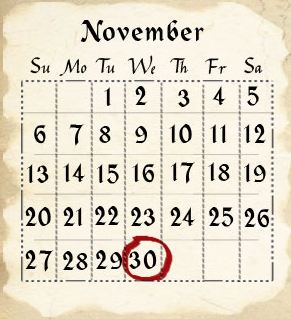 On this date in history in 1954 a meteorite hit 31 year old Ann Elizabeth Hodges who was napping in the living room of her home at the time.  This made her the first known human being to be struck by an extraterrestrial object. Somewhat humorously, Hodges lived across the street from the Comet Drive-In.

In any event, the meteorite fragment that struck Hodges weighs approximately 8.5 pounds and is roughly 7×5 inches with an irregular, angular shape.  It first hit the roof of her home and broke through the roofing material and boards, nicked a rafter, and then busted a hole in the 3/4 inch wooden ceiling of their living room.  It finally struck the radio and bounced off it to hit the sleeping Hodges in the hip and on her arm, though she did have some padding in the form of two thick quilts draped over herself.

When she was first struck, she didn’t actually realize what had happened and jumped up thinking there had been some sort of explosion in the house.  After seeing the rock, though, and feeling the pain in her hip and on her arm, she called the police and subsequently spent the day at the hospital.

The Police initially thought the “rock” was just a bit of burnt limestone that was common in the area.  Eventually, a geologist determined that it was likely a meteor, a fact that was later confirmed after the U.S. Air Force confiscated the meteor for further testing.

The meteorite fragment broke off from a much larger piece that ultimately exploded in high altitude at around 1:00pm CST.  The larger piece streaking across the sky and the subsequent explosions were readily visible and heard across Alabama, Georgia, and Mississippi.  One eye witness who was, funny enough, an explosive expert lighting off TNT at the time, described hearing a massive explosion, which he initially thought was TNT, but quickly realized it had come from the sky.  He looked up and observed a giant black mushroom cloud with a corkscrew tail at the bottom.

Two more explosions followed the first.  The largest of the known surviving fragments (of which there were three) was the one that struck Hodges.  It is thought that the meteorite probably came from 1685 Toro, discovered only six years before by Carl A. Wirtanen and which is considered by some to be the Earth’s second satellite.  At the time, the Earth was passing through the orbital path of Toro.

While Ann Hodge’s husband was bent on selling the meteor and their landlord wanted the meteor for himself to sell to help pay for the damages to the house, Ann decided to instead donate it to the Alabama Museum of Natural History.

The second known human being to be struck by a meteor happened in 1992 in Uganda.  This, however, resulted in no harm to the boy hit, because the fragment was quite small and it struck a tree first, which slowed it down significantly.