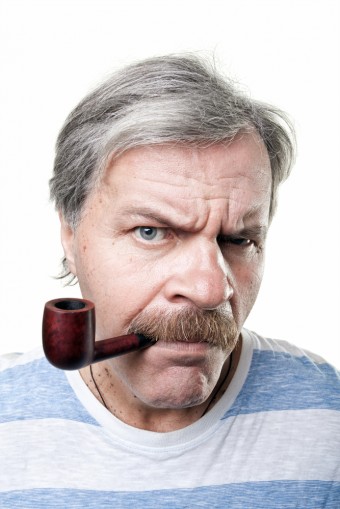 Anyone who has watched a President through their term in office knows stress might be a cause for gray hair; the stress/graying hair effect is particularly notable in President Obama. If you have teenagers, you’ve probably even remarked to them the stress they cause you is making your hair turn gray. The truth is going gray really has to do with the production of pigment in your hair follicles. That production process can be altered by several contributing factors, stress being one of them.

A person’s hair color is the result of pigments known as melanin. Made from two amino acids (tyrosine and phenylalanine), these pigments are produced by a specialized group of cells known as melanocytes. They do this through a process called melanogenesis. Melanocytes are found throughout our body and the melanin they produce is what gives our skin, hair, and eyes their color. The melanocytes responsible for hair color are found in the bulbs of your hair follicles.

Even though there is a wide range of hair and skin color, there are only two main types of melanin- eumelanin is what produces dark browns and blacks, and pheomelanin produces reddish/yellow. How these cells blend together will determine what color your hair will be.

It isn’t fully known what makes the melanocytes blend together in the ways they do, to make the specific hair color for each individual. What is known is that there appears to be clear genetic factors. One gene, and its alleles responsible for red hair, have already been identified; known as MC1R, this is also the same gene responsible for red pigments in several other species, like cows.

Once the specific formulation of melanin is produced, their granules are transferred to adjacent keratinocytes, also found in the bulbs of your hair follicles. Keratinocytes are what produce keratine, the dead protein cells that make up our hair. Once a Keratinocyte undergoes its scheduled death, it retains the melanin making our hair color what it is.

Gray hair is the result of less melanin within the keratin. The less melanin, the more gray your hair will be. White hair has no melanin at all.

There are a few different processes that can make our hair turn gray. The one most people think of is the natural graying that occurs as we grow older. As we age our melanocytes become inactive, but are still present. The older we get, melanocytes decrease in number. The result is less and less melanin, until none are present. Thus, we slowly turn gray, and then our hair turns white in the winter of our lives.

In February of 2005, Harvard scientists proposed a theory as to why melanocytes decrease as we age. They found that a failure of melanocyte stem cells was the cause. These stem cells stop producing adequate numbers of melanocytes to maintain our color.

There are several other things that can cause our hair to turn gray. The exact mediating factor of them isn’t fully known. Some include: genetic defects; abnormal hormone production like in the case of sudden or chronic stress; abnormal body distribution of melanin; and climate factors can also cause graying, such as pollutants, toxins, and chemical exposure.

Let me touch a little bit on why stress causes gray hair. In 2011, the 2012 Nobel Prize winner in Chemistry, Robert Lefkowitz, led a research group that discovered the mechanism that could explain why stress causes graying. Stress causes a release of numerous neurotransmitters involved in our fight or flight response. Normally the release of these neurotransmitters is short lived and has very beneficial attributes- the ability to run from a chasing lion, or avoid an oncoming car to name a couple. Long term production of these neurotransmitters, however, can cause DNA damage. This damage was shown by this group to promote aging, the growth of tumors, miscarriages, psychiatric conditions, and graying of hair. Yes, I did say psychiatric conditions. It seems to me Mr. Lefkowitz just proved why old gray-haired people are sometimes crazy! 😉

The time and speed at which you will gray varies greatly. It’s determined by many, if not all, of the factors we talked about. Your genetic predisposition, chemical exposures, and the levels of chronic stress throughout your life to name a few. If you are Caucasian, however, I can say that 50% of you will be 50% gray by age 50. So in other words, flip a coin if you want to know if you will be gray by 50.