The Man Who was a Dwarf and Later a Giant 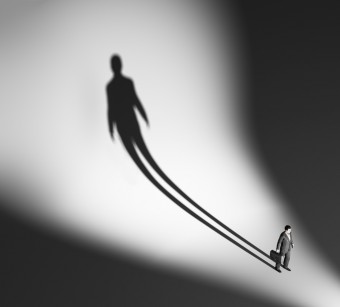 The man was Adam Rainer born in Graz, Austria sometime in 1899 (the exact date isn’t known). Rainer’s parents were neither tall nor short for the time, with his father measuring in at 5 feet 8 inches (1.72 m) and his mother at 5 feet 5 inches (1.65 m). He even had a brother who matched his father’s height at 5 feet 8 inches. This wasn’t the case for Adam.

Thanks to the fact that Adam attempted to join the army when he was 18 to participate in WWI, we know that at that age Rainer had reached a height of just 4 feet 6.3 inches (1.38 m), and then at 19 he measured in at 4 feet 8.3 inches (1.43 m) when he tried to join up again. Both times he was considered too short and also too weak to be able to join the military. For reference, the cutoff for someone being classified as a dwarf is usually considered to be an adult height of less than 4 feet 10 inches (1.47 m).

While he was short, according to the medical report, he actually had exceptionally large feet for his height, with his shoes measuring in at a European size of 43 at the age of 18, which is about a size 10 in U.S. sizes. According to Rainier by the time he hit 21, while still barely
classified as a dwarf in height, his shoe size had gone up to a European size 53, which would be about a size 20 in the U.S. (for reference, Shaquille O’Neal wears a size 22-23).

Although his feet were continuing to grow at a remarkable pace, Rainer himself was staying at more or less the same height. That’s when something even more bizarre than his clown-feet happened. For a reason unknown at the time, Adam started growing again… rapidly.

What must have initially seemed a blessing to the short Rainer, soon turned into a curse. From his 21st birthday to his 32nd, Rainer grew from just under 4 feet 10 inches tall to 7 feet 2 inches tall (1.47 m to 2.18 m). It should also be noted that his height would have been greater than this, except by his 26th birthday he started developing a severe spinal curve, which continued to progress as he grew. This, and later difficulty in eating, had the negative side effect of leaving Rainer bed ridden for the majority of the latter half of his life.

If that wasn’t bad enough, he also went blind in his right eye and his vision diminished in his left. His hearing also started to go and he became deaf in his left ear.

So what caused this extreme shift in height? After a medical exam done by Doctors F. Windholz and A. Mandl, they discovered a tumor on his pituitary gland, which not only explained his rapid growth but his partial blindness as well. As far as the growth is concerned, this tumor resulted in a condition known as acromegaly, where the pituitary gland produces excessive
amounts of growth hormone during adulthood. His vision loss was due to the compression of his optic chiasm, which is where the right and left eye nerves cross near the pituitary gland.

To try to fix the problem, in 1930 doctors removed the tumor, but he still continued to grow, albeit at a much slower rate that seemed even slower than it was because of his spinal curvature continuing to increase. For instance, from December 1930 to May of 1931, his standing height stayed the same, but his spinal curvature increased.

Over the next and final 19 years of his life, Rainer’s spinal curve would continue to increase and he’d grow another 6 inches, dying at the age of 51 in 1950 at a height of about 7 feet 8 inches (2.34 m), making him the only known person to spend time officially classified as a dwarf and then as a giant.