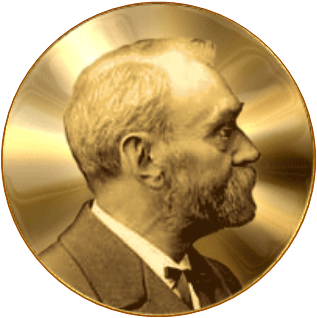 Today I found out Alfred Nobel, who left most of his fortune to start the Nobel Prizes, was once nicknamed “The Merchant of Death”.

The “merchant of death” title was given to him due to Nobel inventing, and making most of his vast fortune off of, dynamite and other types of explosives, such as “ballistite”, which was the precursor to quite a lot of military grade explosive devices.

Nobel came up with the idea of using his money for these annual prizes after his brother, Ludvig, died in 1888 and a French newspaper mistakenly thought it had been Alfred Nobel himself who died.  The newspaper published the obituary under the title: “The Merchant of Death is Dead”, going on to state: “Dr. Alfred Nobel, who became rich by finding ways to kill more people faster than ever before, died yesterday.”

Nobel did a lot of his own work in Physics and Chemistry and was an enthusiast of various literature of the day.  He also saw the benefit to advancements in medicine. The “peace” prize was thought to have been suggested and promoted by his former lover and secretary Bertha Kinsky, who later won the award in 1905, just a few years after the Nobel Prizes were established.  This is thought to have appealed to him because of his reputation as a war monger, and a huge point to the Nobel Prizes, as stated, was to fix his reputation as a “merchant of death”.