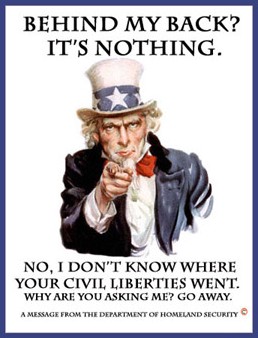 In 1789, Wilson and his brother Ebeneezer moved to Troy New York where they set up a counting house. Sam Wilson later died, then came back to haunt Ebeneezer on Christmas Eve trying to get him to change his tight fisted ways… wait…  wrong story.  In fact, the two ended up setting up the business E. & S. Wilson which, among other things, dealt in meat packing.

By the war of 1812, his business was fairly prosperous.   During the war, E. & S. Wilson obtained a contract with the U.S. government to provide the army with beef and pork.  They shipped this beef in barrels and because the meat was now the property of the U.S. government, he marked them with “U.S.” on the barrels.  The teamsters and eventually soldiers took to saying that the “U.S.” on the barrels stood for “Uncle Sam”, referring to the co-owner of the supplying company, Samuel Wilson.

Eventually, they took to referring to all U.S. branded property as “Uncle Sam’s”, even though E. & S. Wilson only had supplied the beef and pork.  This soon further evolved into calling the federal government itself “Uncle Sam”.  Widespread use of this anthropomorphic figure of the U.S. government later became popular among the masses through various political cartoons; often squaring off against the English equivalent “John Bull”.