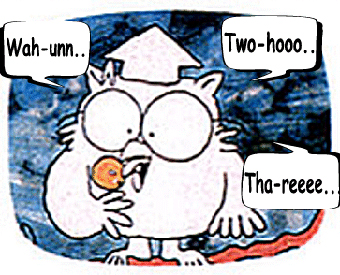 Today I found out how many licks it takes to get to the center of a tootsie roll tootsie pop.

Obviously this depends somewhat on a variety of factors such as the size of the person’s tongue; whether they concentrate the licking on just one side; how hard they press with their tongue; amount of saliva; etc.  In any event, many researchers and others have attempted to tackle this problem with the following results:

Both the latter result of an average of 508 licks when licking both sides evenly and the Purdue student’s results of an average of 252 licks when concentrating on one side are remarkably consistent, so it would seem for an adult it takes around 250-ish licks to get to the center of a tootsie roll tootsie pop if only licking from one side and about twice that when licking both sides evenly.