Why Do We Need Oxygen and What Does It Do in the Body? 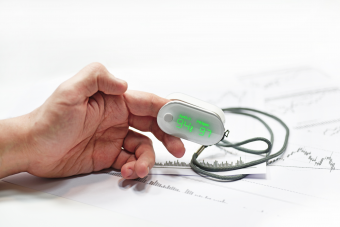 Take a deep breath. Now repeat. Do this about 16 times per minute and you usually get all the oxygen your body needs. Every wonder why you need oxygen to survive in the first place?

All life as we know it occurs because of how atoms and molecules interact with each other. All this chemistry needs to happen in a very specific way to allow our bodies to maintain themselves appropriately. Some of those processes will happen consistently- things like metabolizing the foods we eat, making large biologically important molecules (such as proteins for muscles), or moving electrolytes into and out of our cells. Other processes happen only when we need it. Contraction of our muscles for example. No matter the process, it requires energy. Your car uses a battery to get started and an alternator to keep it going. The body’s battery is a molecule called adenosine triphosphate (ATP). Oxygen is the alternator, well…. kind of.

Before we can talk about ATP and its make-up, it’s important to understand the oxygen atom and its ravenous appetite for electrons. In fact, oxygen is the second most electronegative element on the planet. The effect is so great that it tends to steal them from almost every other element.

How does this work?

In an oversimplified nutshell, atoms have a positively charged nucleus and negatively charged electrons residing at different energy levels surrounding it. This balance of positive and negative gives the atom structure, as well as a fundamental force it exerts on other atoms around it. The closer the electron is to the nucleus, the greater the “pull” of the positive charge will have on the electron. It’s the amount of “pull” the nucleus exerts on the surrounding electrons that gives an element it’s electronegativity. 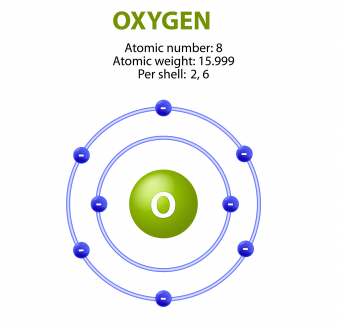 There are a few factors that make oxygen so electronegative. First, oxygen has eight protons giving off its positive force, and eight surrounding electrons residing at only two different energy levels. This closeness makes the attractive force on the outer shell (valance shell) extremely strong compared to other elements. Second, the six electrons residing in oxygen’s valence shell have only two electrons in the first energy level shielding them from the powerful pull of the nucleus. Third, oxygen’s valence shell can hold eight electrons, not six.

The net result of these three factors is that oxygen’s nucleus isn’t that far from the valence shells of the atoms surrounding it. Thus, the pull from the oxygen atom on the electrons of other atoms’ valence shells can be greater than the pull of their own nucleus. Because of this, oxygen can “steal” those electrons, thereby affecting the structure of those atoms and their associated molecules. This ability, combined with being able to add or subtract two electrons is what gives oxygen it’s extreme electronegativity.

Adenosine triphosphate is a molecule made up of ribose (sugar), adenine, and three phosphate groups. The phosphate part is the key. The three phosphorous groups are linked by oxygen atoms. There are also oxygen atoms connected to the sides of the phosphorous. Oxygen itself has a net negative charge- since like charges repel each other, the grouping of all that bunched up oxygen will make them want to break away from each other. Combined with its immense electronegativity, there’s a lot of potential energy stored in an ATP molecule.

To release ATP’s energy, you need to break it apart. Cells do this by reacting to enzymes. Those enzymes can break off the end phosphate group and turn it into diphosphate. Continue breaking it down and you get adenosine monophosphate. The entire process releases a lot of energy. For example, one ATP molecule will release 7.3 calories of energy (7.3 kilocalories per mole). That’s enough energy to click your computer mouse about 5 times!

Inside the cell, the release of all that energy can be used to do many things. For example, it can give ribosomes (an organelle within a cell) the ability to make proteins, or can give Golgi bodies the ability to attach carbohydrates and fats to proteins.

You can discharge the energy of ATP (like a battery) by breaking down the phosphate groups. Your cells can also recharge ATP by using energy from foods (glucose) and oxygen. In the end, not only is oxygen essential in the make-up of supplying our cells with an energy source in the form of ATP, it’s also a crucial ingredient in making that energy source. It does this thanks to a handy little organelle called the mitochondria.

Almost every cell in the body has Mitochondria within it, making ATP. The cells doing a lot of work, like the liver or red muscle cells, use a lot of energy and will have more mitochondria then the ones that don’t. For example, mitochondria make up 15-20% of liver cells.

Mitochondria make ATP through a process called oxidative phosphorylation. This process has two components- an electron transport chain, and the movement of ions across a membrane down an electrochemical gradient, known as chemiosmosis. The key ingredient in this process is ever-so electron-hungry oxygen molecule. Without it, the electrons in the chain wouldn’t move and the electron transport chain would stop working, just as if your battery stopped taking a charge.

It all begins with metabolizing sugar molecules. Inside your cells, glucose is converted to pyruvate, an acid. Unfortunately, through a process called glycolysis, the pyruvate made from glucose only releases less than 10% of the total free energy that glucose is offering. Mitochondria finish getting that energy out of glucose by using pyruvate through the previously mentioned oxidative phosphorylation. It does this so efficiently that it can make about 30 molecules of ATP for every molecule of glucose. On the other hand, glycolysis into pyruvate only makes about two molecules of ATP.

Ever run so fast your muscles don’t get enough oxygen (causing the electron transport chain to stop working) and they begin to burn? The build-up of pyruvic acid is one of the things causing the burn (also known as anaerobic metabolism).

This all brings us back to oxygen. At the end of this chain sits oxygen. It’s extremely electronegative nature will attract the electrons, giving them somewhere to go. Without this attraction, the electrons will stop flowing and the transport chain ceases to work. The oxygen molecules at the end of the chain will accept the electrons, combine then with protons contained within the matrix, (through the proton gradient that is the chemiosmosis we talked about) and create water (H2O).

The electron transport chain, along with regenerating NADH and FADH2 for further use, create a proton gradient allowing for chemiosmosis. The proton gradient move hydrogen down a protein channel within the membranes of mitochondria called ATP synthase. You can think of ATP synthase like the generator of a hydroelectric dam. The protons are the water and the ATP synthase is the generator creating ATP. Together, the electron transport chain and chemiosmosis, uses oxygen to create the cascade of chemistry that form ATP.

In the end, the oxygen atoms attached to ATP, combined with oxygen atoms allowing for ATP production, make it arguably the single most essential element allowing for complex life. This singular molecule providing all the necessary energy allowing us to move around and flourish.