What’s the Deal with T-shirts with Random, Gibberish Japanese Writing on Them?

April 9, 2020 Karl Smallwood 2 comments
Azzah Syafire asks: Why do some clothes have random gibberish Japanese characters on them? 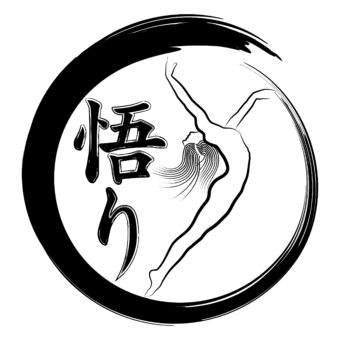 Browse any clothing store and you’ll more than likely find at least one t-shirt covered in characters using the Japanese writing system. And if you can actually read Japanese, you’ve probably noticed that what’s written is often gibberish. Rather interestingly, the reverse is also popular in Japan, where one can find many a t-shirt with random English words instead. So how did this all start and why isn’t anyone bothering to check the meanings?

As far as we can tell, the first Western company to popularly start putting Japanese characters on clothes is the brand Superdry owned by SuperGroup plc. Although SuperGroup plc was founded in 1985, the Superdry brand that would make these Japanese writing shirts popular wouldn’t exist until 2003, with the first official store being opened a year later in 2004.

According to the company’s own website, the brand was, to quote, “Born from a creative collaboration between entrepreneurs Julian Dunkerton and James Holder in Cheltenham”, the former previously owning a successful clothing brand that traded under the name Cult Clothing. Holder, on the other hand, similarly founded a clothing company, in this case, Bench, and had an established background in graphic design.

According to an interview with Holder, one of his key interests is typography and one of the things he tried to do with the Bench brand was use it in tandem with “high impact imagery” to create striking designs for his shirts. As for Dunkerton, his main inspiration was vintage Americana. When the two men met, they believed they could combine these two elements to create unique clothing that also incorporated their love of tailored fits popular in Britain at the time.

So where do random Japanese characters come into this? Well, according to Holder he’d always been a fan of Japanese culture, in particularly the clash of English characters juxtaposed next to Japanese animation and artwork. In his own words:

I think I was very comic-obsessed when I was young. I was a big fan of 2000AD and those sorts of comics and that kind of drifted to manga, and it was then kind of clashing the two. You’d be taking wonderful, lumpy, bold typography, like Helvetica, or Avant Garde… and then clashing that with the high-impact dynamic of manga graphics; the sort of thing you’d see on the streets of Tokyo in neon lights, all running the whole way throughout their packaging. So, it was taking big, bold, classic typefaces and just throwing in this electric dynamic of Japanese influence, and it just worked so beautifully.

Holder’s love of this particular type of design was crystallized when he visited Tokyo and became enamoured with the image of Japanese kanji used in combination with English typography in ads and on clothing.

As for the product that resulted from this, according to Holder, the first T-shirt he designed for the Superdry brand was the now iconic, Osaka 6 shirt- a design that apparently went through 5 iterations until Holder found one that properly, to quote him, “combined Jules’s love of Americana with my love of Japanese-style graphics and tailored fits”. The shirt went on to become one of the most popular ever designed, famously being worn by soccer star David Beckham, which helped catapult the fledgling brand to high street prominence.

Later shirts released by Superdry similarly incorporated random Japanese elements chosen by Holder almost entirely for their aesthetic value. In fact, according to an interview with the company by a Japanese TV show, nobody working for the British-based company speaks Japanese and all of the Japanese writing on their shirts is created by putting random English words into basic English to Japanese translation software. For this reason, much of what is seen on the shirts come across as random gibberish to native Japanese speakers. In fact, even the company’s own logo contains an example of this, with the stylised Japanese text above the Superdry name meaning “MAXIMUM DRY (DO IT!)” in Japanese. This is because the company’s name was simply translated literally from English to Japanese, without thought for the subtle nuances and differences between the two languages.

The success of the brand, as with most things that are popular, inevitably spawned imitators. These imitators endlessly replicated the look of Superdry’s clothing, leading to a flood of cheap knockoffs similarly sporting random Japanese characters on them.

As you might expect, the fact that Superdry was considered something of a high-end brand, known for being expensive and was popularly worn by trendsetting celebrities of the day like David Beckham and Leonardo DiCaprio, only bolstered demand for a cheaper alternatives that the plebeians could afford.

Now as we mentioned previously, Holder was inspired to put random Japanese characters on his company’s t-shirts after seeing Japanese t-shirts with random English words on them. So how did this one start?

Well, the origins of this reverse are unfortunately a little harder to track down, though it would appear to have begun in the immediate aftermath of WW2. Although the US and Japan had been fierce enemies during the war, afterwards there was a mass exportation of American media to the country, which caused a love affair with American culture that, at least to a certain extent, endures to this day, even spawning some rather interesting Japanese traditions like celebrating Christmas dinner with KFC, and statues of Colonel Sanders traditionally dressed up as Santa for Christmas.

Going back to t-shirts, similarl to how certain English speakers are enamored with Japanese, some among the Japanese populace fell in love with the look of the English language, frequently using it in advertising and on clothing. Much like with Superdry, according to an interview with graphic designers working for one of Japan’s largest advertising firms, Dentsu, they choose the English words based almost entirely on their “decorative function”, rather than meaning.

Similarly to how Holder gushed over the chunky, impactful aesthetic of Japanese characters, Japanese graphic designers have noted that English typography looks “cleaner” and is less “noisy” than their own language and as a result, it’s popular for brands to stylise their names in English. As odd as it may seem for a company or brand to stylise their own logo in a language not native to their country, as long as the name is distinctive enough visually, it can stand out well enough, much like a logo.