Why Does “Doohickey” Mean a Gadget? 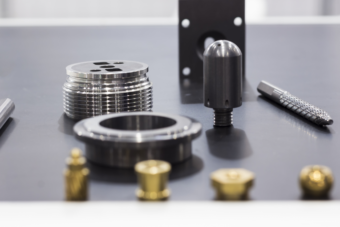 A commonly held folk etymology for “doohickey” is that it derives from the mark left on a leaf after dew has evaporated, with said mark essentially being akin to a the skin-blemish definition of the word “hickey.” Thus, lacking a commonly known word for such, people referred to this dew mark as a “dew hickey,” with this later evolving to “doohickey” and eventually expanded to be used to refer to anything that was a “thing” one couldn’t come up with the name of. This origin story, however, has no documented evidence to support it and the evidence at hand seems to easily disprove it given that “hickey,” meaning “a skin blemish,” didn’t pop up until a couple decades after its inclusion in the word “doohickey.”

So where did the word “doohickey” actually come from? As with most words, it’s difficult to say when exactly people started using the term, but as for documented instances, it first appeared in the November 12, 1914 edition of Our Navy magazine, where it states, “We were compelled to christen articles beyond our ken with such names as ‘do-hickeys’, ‘gadgets’ and ‘gilguys’.”

(Incidentally, “gilguy” seems to be a much older term than placeholder names like doodad and doohickey, with the first documented instance appearing in Spunyarn & Spindrift- A Sailor Boy’s Log by Robert Brown in 1886, where Brown also notes one of the first known instances of “gadget”- “Then the names of all the other things on board a ship! I don’t know half of them yet; even the sailors forget at times, and if the exact name of anything they want happens to slip from their memory, they call it a chicken⁓fixing, or a gadjet, or a gill-guy, or a timmey-noggy, or a wim-wom—just pro tem., you know.”)

In any event, doohickey soon spread to being used by airman as well, with it noted in Edward Fraser & John Gibbons’ 1925 Soldier & Sailor Words that “doo hickey” was “an airman’s term for small, detachable fittings.” Within a couple decades of this, the word was being used widely throughout America as a placeholder name for anything one couldn’t remember the name of.

As for how the early 20th century seamen seem to have come up with “doohickey,” it is thought that it probably derives from “doodad,” which has uncertain origin, but first popped up in documented form about a decade before “doohickey,” with doodad meaning “a superfluous ornament.”

The sailors thus are thought to have simply meshed this term with “hickey,” which, according to the 1909 edition of Webster’s New International Dictionary meant “a device for bending a conduit, consisting of an iron pipe used as a handle fitted at one end with a tee through which the conduit is passed; (b) a small fitting used in wiring for electric lights, a fixture piped for gas.”

By, 1913 (and likely even before) “hickey” appears to have been given the expanded definition of referring to any tool one couldn’t remember the name of and later to anything at all one needed a placeholder name for, as outlined in a 1928 document from the Michigan Academy of Science and Arts: “Hickie, a word applicable to anything whose name one does not remember, ‘what’s its name’.”

As to who specifically first coined the term “doohickey,” this has been lost to history, but given the definitions of “doodad” and “hickey” around the time the term was first uttered, it seems a fairly natural combination when referring to some device that you can’t remember the name of in a given moment or just one whose name is too obscure for most people to know, requiring a placeholder name such as doohickey, doodad, doojigger, thingamawhatsit, watchamacallit, thingummy, gadget, widget, gilguy, etc.

And at this point if you’re wondering where the word “hickey” came from, this isn’t known. As for when it came to commonly mean a “skin blemish,” this first started around the late 1920s or early 1930s, mostly referring to pimples and later expanding the definition from there, with one early instance appearing in the May 2, 1937 edition of Ten-Story Love Magazine where it notes in an advertisement, “Hickies spoil everything. I know. I had ’em until I began eating Fleischmann’s yeast.” Not long after this, “hickey” also began being used by printers to refer to various blemishes in engravings and the like.