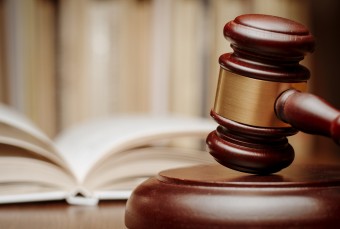 The law is a funny thing and when it comes to defamation and libel, it’s notoriously murky. As such, writers often have to be careful when they’re trying to create characters “inspired” by real people to avoid a lawsuit. For writers who don’t care about that though, there’s always the small penis rule.

In essence, the small penis rule is a way of avoiding a claim of libel by describing the libellous character as having a penis of comically underwhelming size. The idea being that few men would be willing to sue if it meant having to stand up in court and say that the character in the novel who’s seriously deficient in his nether regions is clearly based on them.

The earliest mention of the rule can be traced back to a 1998 New York Times article by Dinitia Smith, though the description itself is attributed to libel lawyer Leon Friedman who describes it as a “sly trick” used by writers looking to avoid a law suit for basing a character on someone who portrays them in a less than flattering manner by simply giving them a quality or attribute nobody would want.

Yes, the undesirable trait doesn’t have to be limited to one’s manhood, and other techniques for avoiding claims of libel may involve things like:

The idea behind all of these tactics is basically the same- by making the character have one particularly awful trait that nobody would want associated with themselves, you can discourage whomever that character happens to be a pastiche, parody or mockery of from taking it to court. That way, as long as you don’t use the person’s real name, you’ll probably be fine.

A classic example of this occurred in Michael Crichton’s book, Next.  In it, he describes a character called Mick Crowley: (Warning, this one gets kind of graphic)

It turned out Crowley’s taste in love objects was well known in Washington, but [his lawyer]—as was his custom—tried the case vigorously in the press months before the trial, repeatedly characterizing Alex and the child’s mother as “fantasizing feminist fundamentalists” who had made up the whole thing from “their sick, twisted imaginations.” This, despite a well-documented hospital examination of the child. (Crowley’s penis was small, but he had still caused significant tears to the toddler’s rectum.)

This character, who is of virtually no importance to the overarching plot, is also called a “dickhead” later in the novel.

As it turns out, Mick Crowley was a very thinly veiled stab at a journalist and Yale Graduate called Michael Crowley who had previously written a scathing review (which is no longer available online) of Crichton. Perhaps the “small penis rule” worked in this case, as Crowley didn’t sue. Instead, he wrote an article in which he stated, among other things,

I confess to having mixed feelings about my sliver of literary immortality. It’s impossible not to be grossed out on some level–particularly by the creepy image of the smoldering Crichton, alone in his darkened study, imagining in pornographic detail the rape of a small child. It’s uplifting, however, to learn that Next‘s sales have proved disappointing by Crichton’s standards, continuing what an industry newsletter dubs Crichton’s “recent pattern of erosion.” And I’m looking forward to the choice Crichton will have to make, when asked about the basis for Mick Crowley, between a comically dishonest denial and a confession of his shocking depravity.

Crichton launched his noxious attack from behind the shield of the small penis rule because, I’m sure, he’s embarrassed by what he has done. In researching my article, I found a man who has long yearned for intellectual stature beyond the realm of killer dinosaurs and talking monkeys. And Crichton must know that turning a critic into a poorly endowed child rapist won’t exactly aid his cause. Ultimately, then, I find myself strangely flattered. To explain why, let me propose a corollary to the small penis rule. Call it the small man rule: If someone offers substantive criticism of an author, and the author responds by hitting below the belt, as it were, then he’s conceding that the critic has won.