Why We Divide the Day Into Seconds, Minutes, and Hours 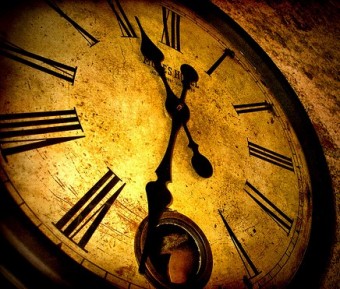 Today I found out why we divide the day in to seconds, minutes, and hours.

The concept of needing to divide up the day seems second nature to even the smallest kid who asks, “is it snack time”.   The reality is, even though we’ve decided that there is a need to divide up time, the actual process and the way we go about it has been changing for millennia.  The cruel irony is that even though we know we need to measure time, there has never been a consensus on what time really is.

Throughout all of history there have been two main schools of thought on what time is, and even many more opinions on how we should measure it.  The first concept of time is one that most current physicists tend to subscribe to, and that is time is a fundamental dimension in the universe.  The 4th dimension in which the other three dimensions of space (length width and height) can move through in sequence.   The second concept of time argues against the idea that it is a dimension, but rather an intellectual concept that allows people to sequence and compare events.  That time does not exist on its own, but is a way in which we represent things.

While many physicists tend to view time as a dimension, I assume because they are trying to hold fast to Einstein’s theories on Space-Time, I prefer to view it as a tool.  This is because our universe is constantly changing.  From one moment to the next, it is always in motion.  From electrons moving around atomic nuclei, to the Basketball player trying to get their shot off before the game-clock runs out, everything in our universe is in motion.  To be able to understand it, we need a tool.  If you view the universe as a car and time as a very important tool in a toolkit, you can see how time would not be a dimension.  You need tools to take apart a car and just like the socket set is needed to take apart and understand all the inner-workings of that automobile, so too time is needed to take apart and understand the change in our universe from one moment to the next.  But just like the socket set will never be a part of the car, so too time will never be a part of the universe, just a needed tool to understand it.

Whatever your position on what time actually is, one constant has always remained; how do you measure it? In chronometry (The science of the measurement of time) there are two distinct forms of measurement, the calendar and the clock.  The calendar is used to measure the passage of extensive periods of time, and the clock is used to count the ongoing passage of time and is consulted for periods of less than a day.  We obviously will focus on periods of less than a day, because if we go into the calendar debate, we would inevitably decide our world was ending in 2012!!

Today the most widely used numerical system is a base 10 system (decimal).  This seems appropriate given we all have 10 fingers and toes, so grade-schoolers and myself, after a few beers, can do math easily!  Unfortunately for us, the pre-Dewey Decimal civilizations either never tried to count their sheep drunk, or just plain hated their kids, but all seemed to use other more complicated systems like a base 12 (duodecimal), or base 60 (sexagesimal)

The first society credited with separating the day out into smaller parts was the Egyptians.  They divided a day into two twelve hour sections; night and day.  The clock they used to measure time was the sundial.  The first sundials were just stakes in the ground and you knew what time it was by the length and direction of the suns shadow. Advances in technology, namely a t-shaped bar placed into the ground, allowed them more accurately measure the day in 12 distinct parts.  (Damn duodecimal system!!) It was thought that one explanation for this base system was that one could get to twelve easily by counting the knuckles on all four fingers with their thumb.  (Apparently they did not have DUI patrols for drunken camel driving and ancient cops performing field sobriety tests having folks touch their thumbs to their fingers; otherwise, they would realize that this method for counting was not a good idea!)

The drawback to this early clock was that at night there was no real way to measure time.  Egyptians, like us, still needed to measure time after dark.  After all, how else would we know when the bars close?  So their early astronomers observed a set of 36 stars, 18 of which they used to mark the passage of time after the sun was down.  Six of them would be used to mark the 3 hours of twilight on either side of the night and twelve then would be used to divide up the darkness into 12 equal parts.  Later on, somewhere between 1550 and 1070 BC, this system was simplified to just use a set of 24 stars, of which 12 were used to mark the passage of time.

There were many other methods, in ancient times, for measuring the passage of time after dark. The most accurately known clock was a water clock, called a clepsydra.  Dating back to approx. 1400-1500 BC, this device was able to mark the passage of time during various months, despite the seasons.  It used a slanting interior surface that was inscribed with scales that allowed for a decrease in water pressure as the water flowed out of a hole at the bottom of the vessel.

Since the day and night could now be divided up into 12 equal parts, the concept of a 24 hour day was born.  Interestingly enough, it wasn’t until about 150 BC that the Greek astronomer Hipparchus suggested the idea of a fixed set of time for each hour was needed.  He proposed dividing the up the day into 24 equinoctial hours observed on equinox days.  Unfortunately for the bean-counters in charge of overtime hours, most laypeople continued to use seasonally varying hours for several centuries to come.  It wasn’t until about the 14th century, when mechanical clocks were commonplace, that a fixed length for an hour became widely accepted.

Hipparchus himself, and other astronomers, used astronomical techniques they borrowed from the Babylonians who made calculations using a base 60 system.  It’s unknown why the Babylonians, who inherited it from the Sumerians, originally chose to use 60 as a base for a calculation system. However, it is extremely convenient for expressing fractions of time using 10, 12, 15, 20 and 30.

The idea of using this base 60 system as a means of dividing up the hour was born from the idea of devising a geographical system to mark the Earth’s geometry.  The Greek astronomer Eratosthenes, who lived between 276-194 B.C., used this sexagesimal system to divide a circle into 60 parts.  These lines of latitude were horizontal and ran through well-known places on the Earth at the time.  Later, Hipparchus devised longitudinal lines that encompassed 360 degrees.  Even later, the astronomer Claudius Ptolemy expanded on Hipparchus’ work and divided each of the 360 degrees of latitude and longitude into 60 equal parts.  These parts were further subdivided into 60 smaller parts.  He called the first division “partes minutae primae”, or first minute.  The subdivided smaller parts he called “partes minutae secundae”, or second minute, which became known as the second.

Once again, these measuring techniques were lost on the general public until around the 16th century.  The first mechanical clocks would divide the hour into halves, quarters, or thirds.  It wasn’t practical for the layperson to need the hour divided up into minutes.

Advances in technology and science over the centuries have required that there be a more precise defined value for the measurement of a second.  Currently, in the International System of Units (SI), the second is the base unit for time.  This then is multiplied out to get a minute, hour, day, etc. etc.

The first accurately measurable means of defining a second came with the advent of the pendulum.   This method was commonly used as a means of counting time in early mechanical clocks.  In 1956, the second was defined in terms of the period of revolution of the Earth around the Sun for a particular epoch.  Since it was already known that the Earth’s rotation on its axis was not a sufficiently uniform standard of measurement, the second became defined as; “The fraction 1/31,556,925.9747 of the tropical year for 1900 January 0 at 12 hours ephemeris time.”

With the development of the atomic clock, it was decided that it was more practical and accurate to use them as a means to define a second, rather than the revolution of the Earth around the Sun. Using a common-view measurement method based on the received signals from radio station, scientists were able to determine that a second of ephemeris time was 9,192,631,770 ± 20 cycles of the chosen cesium frequency.  So in 1967 the Thirteenth General Conference on Weights and Measures defined the second of atomic time in the International System of Units as; “the duration of 9,192,631,770 periods of the radiation corresponding to the transition between the two hyperfine levels of the ground state of the cesium-133 atom.”

Unfortunately for laypeople, scientist with their constant need to be correct and absolutely accurate, found the effects of gravitational forces cause the second to differ depending on the altitude at which it was measured.  A uniform second was produced in 1977 by correcting the output of each atomic clock to mean sea level.  This, however, lengthened the second by about 1×10−10. This correction was then applied at the beginning of 1977.

Today, there are atomic clocks that operate in several different frequency and optical regions.  While state-of-the-art cesium fountain atomic clocks seem to be the most widely accurate, optical clocks have become increasingly competitive in their performance against their microwave counterparts.

What seems to remain true is that as technology becomes more and more advanced, the need to more accurately measure time will continue to evolve.  What remains true for most of us however is that we get to use easy ghetto math and simply know that there are 60 seconds in a minute, 60 minutes in an hour, and 24 hours in a day!