March 12, 2017 Dusti Leave a comment
This is a weekly wrap of our popular Daily Knowledge Newsletter. You can get that newsletter for free here. 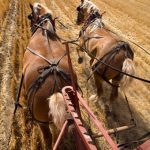 Why Engines are Often Measured in Horsepower

We owe this unit of engine power measurement to Scottish engineer James Watt. In the early 1780s, after making a vastly superior steam engine to the then classic Newcomen steam engine, Watt was looking for a way to market his invention, advertising the fact that his engine used about 75% less fuel than a similarly powered Newcomen, among many other improvements. At first, he tried selling his engine on a royalty scheme, where the customers would owe him one-third of the money they saved by using his engine over other steam engines. Of course, many at the time used horses, not…(more) 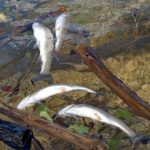 Few things in childhood are more traumatizing than waking up one morning to find your beloved pet fish, Michael Scofield, floating upside down in his tank (true story); his tiny fishy light cruelly extinguished before his time. But why do they float upside down when they decide it’s time to take a ride on the porcelain express? The answer to this question has a lot to do with how they maintain proper buoyancy when they’re alive. As you may or may not know, most fish are in possession of an organ commonly known as a “swim bladder”. This organ can be filled or emptied of air by a fish at will via its gills, allowing them to either float higher, sink lower or stay suspended at about the same depth, not unlike a…(more) 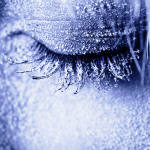 We’ve all probably heard of a person being pulled from cold water after a seemingly unrevivable timeframe. Miraculously, they survive and more or less make full recoveries. A 7-year-old girl named Stella Berndtsson from Sweden currently holds the record for having the coldest body temperature and still surviving. After falling into the sea on the island of Lyr, in Sweden, she was found lifeless, without a heartbeat or spontaneous breathing. Her core body temperature was down to 55.7° F (13.2° C). She’s now made a full recovery. Stella is one of countless people who have survived extended periods of time without oxygen. What about hypothermia makes…(more) 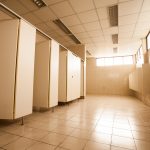 Flimsy white sheets shaped like the seat, paper toilet liners can be found in many public bathrooms. Notably, however, while they may provide reassurance to the germaphobic and finicky, toilet seat covers have little else to offer in terms of decreasing your odds of being infected with some pathogen when sitting on the toilet seat. Once thought to be capable of conducting sexually transmitted diseases (STDs), contrary to popular belief, today scientists know that toilet seats are very poor vehicles for spreading such maladies (like herpes and HIV). This is due to the relative fragility…(more) 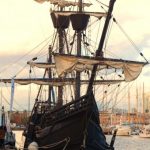 For thousands of years, pirates of various sorts have preyed on innocent ships at sea. Their exploits have been documented by the likes of Cicero and Homer in ancient Rome and Greece, and Vikings were once the scourge of the sea, plaguing seaside towns throughout the middle ages. However, the bloodthirsty pirates most commonly portrayed in movies and books today are those from the Golden Age of Piracy—that is, the 16th and 17th centuries. During this time, pirates were not only common, but many of them—the “privateers”—were actually hired by various governments to steal from other states. Spain dominated the new world and had ships carting riches back to the motherland constantly. The lure of gold, silver, and…(more) 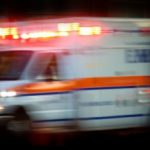 Subject to the same rules of the road as other drivers, with a few exceptions for emergencies, ambulances can be pulled over and ticketed for speeding and other traffic violations, although it is exceedingly rare. Generally speaking, ambulance drivers should observe all traffic laws and regulations; however, some of those laws are waived when the ambulance needs to respond to an emergency (sometimes called “Code 3”). Typical exceptions (which usually apply to other emergency response vehicles like fire trucks as well), include: (1) allowing the vehicle to…(more) 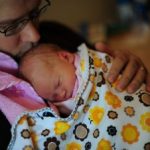 Why Do We Call Parents “Mom” and “Dad”

Calling our parents anything other than mom, dad or one of the many variations thereof is an almost alien concept to many (and in some cultures is considered downright rude). So why is it we refer to our parents in this way? Where did it come from and perhaps, more curiously, is there any culture that forgoes this seemingly universal nickname custom for parental figures? The words can be traced back to the 1500s for “dad” and the 1800s for “mom”. As with so many etymologies, where these words were first uttered and by whom is a mystery. Even the Oxford English Dictionary has admitted that they have “no evidence” on…(more)