February 19, 2017 Dusti
This is a weekly wrap of our popular Daily Knowledge Newsletter. You can get that newsletter for free here. 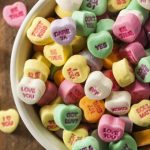 The Origin of Valentines Day

While not thought to be directly related to modern Valentine’s Day traditions, the beginnings of celebrating love (of a sort) in February date back to the Romans. The feast of Lupercalia was a pagan fertility and health festival, observed from February 13th through the 15th, that was celebrated at least as far back as 44 BCE (the year Julius Caesar was assassinated). Some historians believe it goes back even further, though with possibly a different name. Connected to the Roman god Lupercus, (the equivalent to the Greek god Pan), the festival was originally supposed to be about shepherds and bringing health and fertility to their sheep and cows. When it became more ingrained into Roman culture, it additionally celebrated Lupa (also another possible reason it is named what it is), the she-wolf who nursed the legendary founders of…(more) 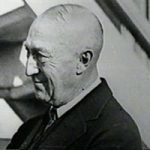 For many people, being dead is a fairly limiting handicap that prevents them from doing most of the things the living take for granted. In the 1930s, a man called Charles Vance Millar challenged that unfair stereotype via various stipulations of his will that allowed him to continue playing jokes on people despite being dead. A lawyer by trade, Millar possessed a daunting intellect and an incredibly sharp legal mind. Born in Canada in 1853, he excelled at nearly everything he tried his hand at, reportedly scoring near-perfect marks at university, before settling on studying law. Along with ultimately becoming a highly-respected lawyer, Vance had a keen eye for investments, making him a millionaire in his lifetime- money Vance used to fund his true passion of playing practical jokes. Millar’s sense of humour was legendary and in particular…(more) 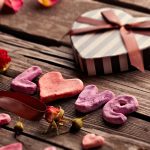 The heart symbol is one of the single most enduring and widely recognised symbols in modern culture. But where did it come from?Something like the familiar heart symbol goes back many thousands of years. Specifically, several pieces of pottery going back as far as 3000BC clearly show the unmistakable symbol. However, in these instances, the symbol is noted to be a simplification of either a fig or ivy leaf, not a crude representation of the human heart, and seemingly, at least initially, not having anything to do with love. Fast-forwarding through history and we find many cultures using a similar symbol, such as depicted in Grecian, Cretian, Minoan, Mycean, Roman and Corinthian pottery, along with many others. In these instances…(more) 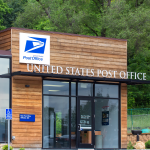 It was presumably a cold, wintry February day in the United States capital of Philadelphia, Pennsylvania (the capital would not move to DC until 1800) when President George Washington put pen to paper and signed the Postal Service Act of 1792. While a rudimentary colonial mailing service had been around since for nearly a century and a half, this new law changed the mailing game entirely. It gave the United States Postal Service a two-year window that would be quickly extended indefinitely. As the law was written, it gave the federal government the ability to establish official mail routes. It also allowed newspapers to be included in mail deliveries at reduced rates. The reason for this, as The New York Times describes, was to ensure the spread of information from the urban centers to the furthest frontiers of this growing nation. In addition, it gave the President and Vice-President the perk of free mailing and made it illegal…(more) 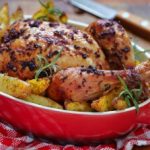 Food-borne bacteria are the primary cause of spoilage and food poisonings. Thriving in moist, low-acid environments where lots of protein is present, pathogens like Salmonella, Campylobacter and E. coli live with the bird during its life and stay with its meat after slaughter; likewise, other bacteria, such a Acinetobacter and Pseudomonads fluroescens, putida or fragi, thrive on the meat after it’s processed. Given chicken’s somewhat unique qualities, quick spoilage is inevitable, and can only be mitigated by careful attention to time, temperature and moisture. Bacteria need water to survive, and grow on foods with a water activity of at least 0.85. Chicken, like most other fresh meats, has a water activity of 0.99, and thus provides an ideal environment. In addition, unlike many other meats…(more) 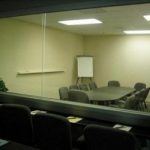 Interestingly, there is no such thing as a true one way mirror. This would actually violate the laws of physics (for more on that see the Bonus Factoids below). What’s actually going on here with one-way mirrors is that we have a piece of glass with an extremely thin coating of some reflective material like silver (as is often used on normal mirrors). Unlike normal mirrors though, the silver layer is so thin that it only actually reflects about half the light back. The other half passes through the glass. This layer is actually so thin, that if you were to look at it at a molecular level, you’d see that only about half the glass was actually coated with the silver; the silver would appear to be speckled on the glass more or less evenly. The problem with allowing half the light through though is that…(more) 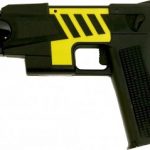 Most of us have probably laughed at someone on television getting shocked by a stun gun. They tense up and fall to the ground, seizing like an epileptic. Once the shocking stops, the person gets up, seemingly unharmed. The occasional wet-your-pants complication is classic humor! All joking aside, there have been several reports showing the use of high voltage stun guns, like the Taser, (known in the medical world as electronic control devices { ECD’s}) can (rarely) cause cardiac arrest. Arguably, the most famous was published on April 20, 2012 in the American Heart Association’s journal, Circulation. In it, Dr. Douglas Zipes, at the Indiana University School of Medicine, reports on…(more)