February 6, 2017 Dusti
This is a weekly wrap of our popular Daily Knowledge Newsletter. You can get that newsletter for free here. 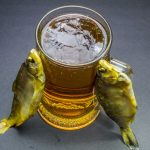 For fish, or at least teleost fish (which make up about 96% of all fish), the desire to drink is an urge that originates from the hindbrain, whereas in land-based animals it originates in the forebrain. It is generally thought from this that a fish has no real ability to consciously feel thirst as we or many other land-animals would understand it; for them, it’s just a natural reflex. So the short answer to whether fish ever get thirsty is thought to be “no”, at least not on a conscious level. However, fish do need to take in water, but, as with land animals, too much water can kill, a particular problem when one is surrounded by it! Unsurprisingly…(more) 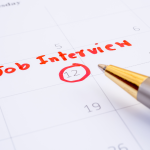 While it’s commonly stated that the practice of marking important dates in red didn’t begin until the Middle Ages, in fact, in ancient Rome red ink was sometimes used on calendars to identify significant dates, as well as occasionally used on important text in documents, with the underlying reason in both cases seemingly being the same as today- to make the text stand out, in the case of the calendar marking a noteworthy day. Through the years this practice continued, and in particular with medieval scribes who used…(more) 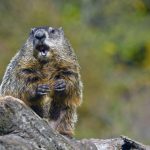 Like so many holiday traditions, the origins and progression of Groundhog Day to what we think of it today as are a bit murky. However, we’ll try to shed some light on the subject, starting with the day of the year. Groundhog Day is celebrated on February 2nd because it is approximately halfway between the winter solstice (Northern hemisphere), when the Sun is at its southernmost point in the sky, and the March/vernal equinox, when the Sun is in the same plane as the Earth’s equator, making day and night approximately equal length. Much like that there was a…(more) 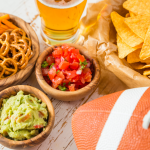 Americans eat a lot on Super Bowl Sunday, according to one 2015 study consuming triple the amount of their daily allowance of calories per serving during the Super Bowl. In fact, it’s the second largest food consumption day of the year in the country (behind Thanksgiving). Of the many millions of pounds of snacks eaten in honor of America’s (still) favorite sport, 8.2 million pounds of that are tortilla chips, generally served with such things as cheese, beans, and avocados. Not just commonly served today during football games, the legend of nachos has a football-centric history that doesn’t date all that far back, similar to another Super Bowl party staple, Buffalo Wings, that only became popular a little under three decades ago. This all brings us to…(more) 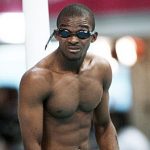 The man was Eric Moussambani Malonga, later nicknamed “Eric the Eel”. Moussambani is from Equatorial Guinea in Africa and only managed to get into the Olympics at all because of a wildcard drawing system put in place by the International Olympic Committee, designed to try to encourage developing countries to participate in various Olympic events. Thanks to this drawing, Equatorial Guinea decided to send a swim team to the 2000 Olympics in Sydney, Australia. They put out an advertisement on the radio a few months before the Games to try to get people to come and tryout for the country’s new national swim team which would be going to the Olympics. Those who wished to tryout were to show up…(more) 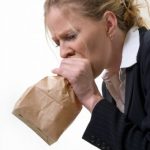 Why People Breathe Into a Paperbag When Hyperventilating

It’s all about pH balance. No, not the skin pH that keeps some deodorants “strong enough for a man but pH balanced for a woman”- rather the pH within the body. The human body has two main mechanisms for controlling pH, one involves the kidneys, the other involves breathing. When our body is working, or not, it requires a specific amount of oxygen to maintain that level of work. When the body receives more oxygen than it needs, the result can be what’s known as respiratory alkalosis (high pH). One of the most common causes is hyperventilating. The point of breathing into a bag is to “re-breathe” your exhaled carbon dioxide (CO2) in the hopes of bringing your body back to a normal pH level. The “potential of hydrogen”, or “power of hydrogen” depending on what historian you read, (pH) is a measurement of the amount…(more) 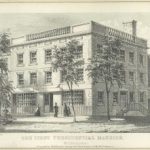 First Presidential Address: 3 Cherry Street, New York City – Moving In: New York served as the nation’s capital from 1789 to 1790. One week before George Washington was inaugurated on April 30, 1789, he moved into an elegant three-story brick mansion on Cherry Street, on the east side of Manhattan, that Congress rented for him at a cost of $845 per year. Washington lived there with his wife, Martha; her two grandchildren, Nelly and George Washington (“Washy”) Parke Custis; and more than 20 paid servants, indentured servants, presidential staffers, and slaves. Moving On: As large as it was, the mansion soon proved too small for Washington’s needs—some secretaries had to sleep three to a room, and the dining room could accommodate no more than 14 people at…(more)