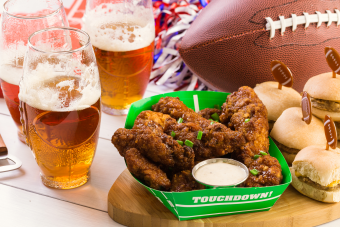 These days, Super Bowl halftime shows are star-studded affairs that can eclipse the game itself. More people watched Madonna’s 2012 halftime performance than the Patriots and Giants matchup (despite it being thrilling). In 2007, everyone remembers Prince crooning “Purple Rain” during an actual torrential rainstorm. Also, the Indianapolis Colts beat the Chicago Bears in a rather uneventful game. In 1993, the King of Pop Michael Jackson staged a legendary halftime performance that cemented his and football’s status as American cultural icons. Few recall that the Dallas Cowboys destroyed the Buffalo Bills that year by a score of 53 to 17. (Incidentally, this fourth consecutive loss in the Super Bowl by the Bills, nonetheless, was a win for the world in helping to popularize the Buffalo Wing– now a staple food item of any good Super Bowl party.) Until Michael Jackson in 1993, pop stars really didn’t perform at the Super Bowl. But it didn’t mean the halftime show was boring.

Here’s the story of the first Super Bowl halftime show, which featured jetpacks, 300 pigeons and a weird old west shootout.

In 1959, the American Football League (AFL) formed to compete with the emerging National Football League (NFL). With many teams from the west and south (like the Los Angeles Chargers, Houston Oilers and Kansas City Chiefs), the AFL emphasized a more pass-heavy game than the NFL. The league also came up with fan-friendly innovations that are still seen in sports today, like putting names on the back of uniforms and two-point conversations.

By 1966, it became clear that the AFL could potentially pass the NFL as the country’s premier football league. So, the two leagues merged in June 1966 with all eight AFL teams joining the NFL. It was also agreed that, although the two leagues would not play each other in the regular season, the two best teams would meet in a championship game at the end of the year. Sort of half-jokingly, Chiefs’ owner Lamar Hunt proposed they call it the “Super Bowl,” at least until a better name was thought up.

Rather oddly, Super Bowl I actually wasn’t officially known as that until two years after the fact. On January 15, 1967, the AFL’s Kansas City Chiefs and NFL’s the Green Bay Packers played in a game that was originally billed as the AFL-NFL World Championship in Los Angeles. However, promotional materials and press mentioned it as a “Super Bowl,” taking Hunt’s suggestion. But the NFL commissioner Pete Rozelle still clung to the very uncatchy name of the “AFL-NFL World Championship.” Finally, in 1969, the commissioner relented and officially renamed the championship game the “Super Bowl,” while retroactively naming the two games that were played under the old moniker “Super Bowl I” and “Super Bowl II.”

This brings us to the first Super Bowl halftime show. Tommy Walker may not be as famous as other Super Bowl heroes like Joe Namath, Whitney Houston or Lynn Swann, but he perhaps had more of an impact on what the big game has since become than them. Once known as “Tommy the Toe” for his kicking acumen while at USC, Walker also was an accomplished drummer and sometimes actor who earned a Bronze Star as a scout for the Army during World War II.

He was a natural showman who, as USC’s band director, would put on halftime shows that involved card stunts and pigeon releases. His eccentric performances caught the attention of another showman, Walt Disney, who hired him to organize and direct the 1955 opening ceremonies for his new theme park – Disneyland – in Anaheim. He’s credited with ­designing what has since become iconic Disney theme park pageantry, including Tinker Bell’s wire descent from the Matterhorn and the fireworks above Cinderella’s castle.

According to Sports Illustrated, it was Walker who convinced commissioner Rozelle that the first championship game between the AFL and NFL needed his own special brand of flair. The commissioner was reportedly at first reluctant to spend the money because, as SI quoted him, “Why would we spend all that money? That’s when everybody goes to the bathroom.” However, he was soon convinced and Walker went to work. 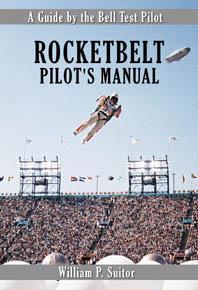 In his planning for the first Super Bowl Halftime Show, Walker literally reached for the sky. Two years earlier, he had hired Bill Suitor – perhaps the world’s foremost jet pack pilot who had given himself the nickname “Mr. Jetpack” – to soar over Disneyland. Now, Walker asked him to join him in entertaining the football-watching crowd.

Next, Walker reached out to more traditional entertainment – two college marching bands, one from the University of Arizona and another from Grambling University. This was significant because Grambling was a small Louisiana school and a historically black college. At a time when racial tension was hanging over America (especially in LA, where the Watts riots had raged only a few months before), this choice held symbolic meaning. Walker also got famous trumpeter Al Hirt to perform for free with one condition: That part of the show was a tribute to his beloved New Orleans, who had just been awarded an NFL team a few months earlier.

As the two teams headed to the locker rooms for halftime with the Packers leading the Chiefs 14 to 10, the 200 person University of Arizona marching band took the field at the Los Angeles Memorial Coliseum for the halftime show that was titled “Super Sights and Sounds.” Marching up the field, they were joined by “world champion baton twirler Richard Smith” who performed a quick routine.

Next, the band shifted into the next stage of the program, which was to pay tribute to the four corners of the United States. Forming into a southern riverboat, they were accompanied by Hirt, who played an assortment of New Orleans-inspired solos while the band formed again into a trumpet and musical notes.

Next, to symbolize the west, they created Arizona’s iconic OK corral while old west gunman took aim at one another in recreating the famous shootout between Wyatt Earp and Doc Holliday and the McLaury brothers. (Though the popular perception of Earp and Holliday isn’t exactly accurate today- see: Wyatt Earp, the Great American Villain and The Real Doc Holliday.) There were blasts, gun smoke and, rather morbidly, mortally wounded scattered across the field.

Moving on, the band acted out the “industry in the north” with several actors stuffing what looked to be big yellow coins into a makeshift machine. Finally, they moved to the Mid-Atlantic region and formed a giant liberty bell, which of course, soon cracked.

The pageantry didn’t stop there, however, with the marching band eventually forming into two stick figure football players who were to kick two giant footballs, symbolizing the coming together of the two leagues. However, right before the footballs were to be so-called “kicked,” out sprang the jetpack-wearing Suitor and a partner. Flying high above the field, they landed in the middle to great applause.

After this, the Arizona band was joined by Grambling University’s marching band to create a giant map of the US, where each team of the newly formed NFL was introduced to the fans. Finally, the two bands were accompanied by the USC song chorus for a rendition of “This is My Country,” punctuated by the release of thousands of multi-colored balloons and 300 pigeons.

The nearly 15-minute performance was a cross between a Disneyland parade, an Olympics opening ceremonies and a college football halftime performance. It was unlike anything anyone had ever seen and set the stage for all Super Bowl Halftimes Shows for years to come. And they didn’t need Michael Jackson or U2 to make it memorable.