November 19, 2016 Dusti
This is a weekly wrap of our popular Daily Knowledge Newsletter. You can get that newsletter for free here. 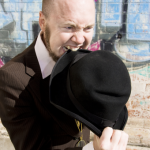 “I’ll eat my hat” is an utterance commonly used when a person is absolutely certain that something will not happen. But where did this unusual phrase first originate and have there ever been any recorded instances of people actually eating their hats after being proven wrong? According to the venerable Oxford English Dictionary, the earliest known example of the phrase comes from the 1762 book Homer Travestie, by Thomas Bridges. The book is a parody of the more famous Iliad and contains a line that reads: For though we tumble down the wall, And fire their rotten boats and all, I’ll eat my hat, if Jove don’t drop us, Or play some queer rogue’s trick…(more) 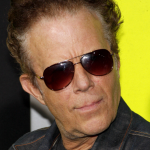 Tom Waits vs. the World (of Advertising)

Tom Waits’ raspy, almost growl-like singing voice has become synonymous with the singer and has been variously described by critics as sounding like it was “soaked in whiskey” or alternatively like it was “hit by a car”. This distinctly recognisable sound combined with Waits’ vast back catalogue of hits has seen the artist approached numerous times over the years by various advertising agencies, all of whom he has rapidly rebuffed. When once asked about why he had reservations about his music being used for product promotion, Waits very matter-of-factly summed up his position: “Commercials are an unnatural use of my work… It’s like having a cow’s udder sewn to the side of my face. Painful and…(more) 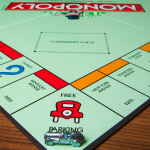 What Exactly Does Landing on Free Parking Do in a Game of Monopoly? (And Other Ways You’ve Been Playing Monopoly Wrong That Make it Take Longer)

Few board games have the ability to cause arguments like Monopoly, an unsurprising fact given the object of the game it was based on (see: Who Invented Monopoly?) was to send your opponent to the poor house while you bask in the pleasures of immense wealth and prosperity. In the eight decades or so the game has existed, the rules of Monopoly haven’t really changed all that much, but because everyone “knows” how to play, how people actually play the game has slowly diverged from what the actual rule book, which nobody ever bothers to read, says. In anticipation of various family get-togethers coming up this holiday season, in which you’ll no doubt be subjected to a game of Monopoly at some point, in this article, we’re going to correct the various ways you’ve probably been playing Monopoly wrong your whole life…(more) 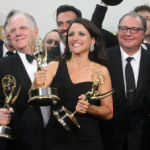 Can a Vice Presidential Candidate or the Speaker of the House Really be ELected President Instead of the Main “Winning” Candidates?

The season five finale of HBO’s Emmy-award winning comedy VEEP sure seemed like a Hollywood fantasy. Through a series of wacky situations, hilarious gaffes and complicated procedures, an obscure Vice-Presidential candidate was elected by the incumbent Vice-President to be the President of United States. Seems far-fetched, right? Well, no, not at all. Sure, a lot of details were added for dramatic effect and comedy’s sake, but in terms of how congressional procedures and rules would play out if presented with such a scenario, the show was quite accurate. There is, in fact, an actual chance that one of the Vice-Presidential candidates in a given election will be elected POTUS. Not only that, it is also possible that the Speaker of House could become the President of the United States instead. Here’s how…(more) 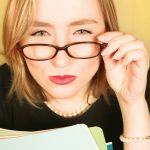 Why Squinting Helps You See Better

Squinting causes two reactions that help you visualize the world around you in better detail. First, it changes the shape of our eye, allowing light to be focused better. Secondly, it decreases the amount of light that is allowed to enter the eye. Light coming from a limited number of directions allows that light to be more easily focused. If all that seems a bit vague, it is. To completely understand why these two reactions help us see better, let’s take a more in depth look at vision, light, and how the eye works. At its core, vision is just the perception of light by our brains. It’s important to note, the term “light” can refer to any electromagnetic radiation, not just the radiation in the visible spectrum. This radiation is a natural result of one of our four fundamental…(more) 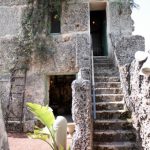 Between 1923 and 1951, a diminutive Floridian single-handedly and without heavy machinery moved 1,000 tons of limestone, creating out of it a castle. This is his story. The Builder Very little is known of the mysterious creator of the Coral Castle, Ed Leedskalnin. Born in Riga, Latvia in 1887 to a family of stonemasons, Ed immigrated to the U.S. sometime around 1913 after his fiancée broke off their engagement (and a large piece of his heart). During a bout with tuberculosis around 1919, he moved to Florida, where magnets were apparently used to treat his condition. This experience seems to have had a life-changing effect, as you’ll see later. After he bought a parcel of land in Florida City, Florida, Ed began to work on the Castle. A loner, one hundred pound, five-feet tall Ed refused to let anyone even watch him work…(more) 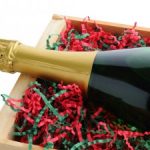 Why We Break a Bottle of Champagne Against New Ships

While today breaking a bottle of champagne over the hull of a ship is considered tradition before launching a vessel in certain countries, particularly Britain and the United States, people have been performing ceremonies at launches seemingly as long as humans have made boats. Like today, this was essentially for the hope of good fortune on the ship’s voyages. For instance, one of the earliest known references to a similar practice when launching a ship goes all the way back about 5,000 years ago when a Babylonian stated, “To the gods I caused oxen to be sacrificed,” before launching a new ship he’d made. The ancient Greeks, Romans, and Egyptians also called upon their various gods to protect a new ship and her crew…(more) 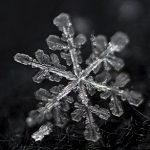 Why is Snow White Given That Snowflakes are Clear

First, it’s important to understand what’s going on when we see certain colors. Visible light from the Sun or other light source comes in a variety of wavelengths that human eyes interpret as colors. When light interacts with an object, the wavelengths that the object reflects or absorbs determines what color our eyes perceive. When an object reflects all the wavelengths of light from the Sun that are in the visible spectrum, the object appears white. Something like a fire truck appears red because the paint reflects back certain wavelengths in the red area of the visible spectrum, while absorbing the rest. This now brings us to water, snowflakes, and snow. Pure water is quite clear, meaning the wavelengths of light more or less pass right through it, rather than being reflected back to your eyeballs…(more)