Tom Waits vs. the World (Of Advertising) 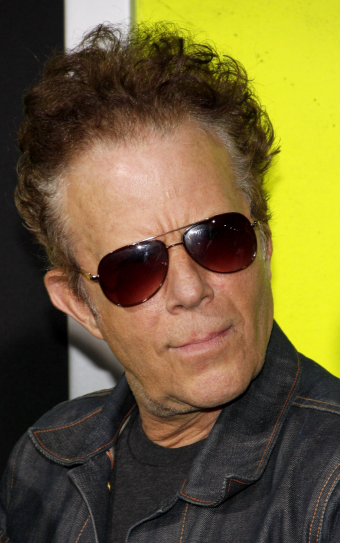 Tom Waits’ raspy, almost growl-like singing voice has become synonymous with the singer and has been variously described by critics as sounding like it was “soaked in whiskey” or alternatively like it was “hit by a car”. This distinctly recognisable sound combined with Waits’ vast back catalogue of hits has seen the artist approached numerous times over the years by various advertising agencies, all of whom he has rapidly rebuffed. When once asked about why he had reservations about his music being used for product promotion, Waits very matter-of-factly summed up his position: “Commercials are an unnatural use of my work… It’s like having a cow’s udder sewn to the side of my face. Painful and humiliating.”

Or even more bluntly,

I get it all the time, and they offer… a whole lot of money. Unfortunately I don’t want to get on the bandwagon. You know, when a guy is singing to me about toilet paper – you may need the money but, I mean, rob a 7-11! Do something with dignity and save us all the trouble of peeing on your grave.

That said, while Waits has never given permission to have his music used in an advert, he did once lend his voice to a commercial back in 1981 for dog food. Waits eventually came to regret the ad and once famously went on record as saying that he’d rather have “a hot lead enema” than “sell out” like that again.

Now you’d think that given his outspoken and longstanding objections to having his work used in a commercial sense that advertisers would steer clear of the artist and perhaps approach someone else when looking for a hit to shill their product. You’d, of course, be wrong.

Most famously, in 1988, Waits was approached by the ad company Tracy-Locke on behalf of Frito-Lay about using his hit, Step Right Up, for a radio jinglepromoting Salsa Rio Doritos. Waits quickly declined the request, so the company tried a different tack. They hired a Tom Waits soundalike- someone so good Frito-Lay’s own lawyers advised the company that he sounded too much like the real thing and the ad could cause legal problems because of it.

However, after hearing a version of the ad with a generic blues singer and deeming it inferior to the Tom Waits soundalike version, the executives at Frito-Lay decided to go ahead with it anyway.

According to Waits, he had no idea that Frito-Lay had done this until he was sitting in an LA radio station chatting about his latest album and the DJ played the commercial during the ad break. Waits later noted that the impersonation of his voice was so eerily accurate that he began to question whether or not he was actually listening to himself. It was only after placing a few phone calls and confirming that the voice he’d heard wasn’t him that Waits mood changed from worriedly perplexed to enraged. He stated,

It embarrassed me. I had to call all my friends, that if they hear this thing, please be informed this is not me. I was on the phone for days. I also had people calling me saying, “Gee, Tom, I heard the new Doritos ad…”

Waits immediately filed suit which brought about an unusual legal quandary. You see, Waits didn’t own the rights to the song Step Right Up; his former label did. And, as it turned out, Frito-Lay had legally obtained permission to use a version of the song in their ad. So what did Waits sue them for?

A few months before this singer Bette Midler had won a case against Ford for an unauthorised use of her likeness and voice. Similar to Waits’ case, Ford hired a Midler impersonator and soundalike (Midler’s long-time backup singer Ula Hedwig) to sing one of her songs in an ad after Midler, like Waits, told them she wasn’t interested in doing the ad. The court initially ruled against Midler, but upon appeal reversed their stance, noting

A voice is as distinctive and personal as a face. The human voice is one of the most palpable ways identity is manifested… when a distinctive voice of a professional singer is widely known and is deliberately imitated in order to sell a product, the sellers have appropriated what is not theirs…

Curiously, Frito-Lay and the advertising agency they contracted with were both aware of the Midler case when they hired the soundalike, but their legal team reasoned that Waits wasn’t as well-known as Midler and you can’t legally protect a style of singing or music; so while there was a high risk they’d get sued, the ad agency’s legal team felt it was unlikely Waits would win and recommended Frito-Lay go with the Waits’ knock-off version of the commercial.

Ultimately when sued, this reasoning became the basis of Frito-Lay’s entire defense, with their lawyers arguing that: “A singer is not widely known if he is only recognized by his own fans, or fans of a particular sort of music, or a small segment of the population”.

The judge presiding over the case disagreed, noting that although Waits wasn’t as well known as Midler, he was an internationally famous artist who’d sold millions of records and was known by many explicitly for his voice, which was officially described in the court case as:

Like how you’d sound if you drank a quart of bourbon, smoked a pack of cigarettes and swallowed a pack of razor blades. . . . Late at night. After not sleeping for three days.

Frito-Lay’s lawyers then had the audacity to argue that Waits’ voice was that recognisable- you know, even though Frito-Lay had gone to the effort of hiring a guy who sounded exactly like him for the express purpose of making it seem like it was Waits singing in the ad.

The ruling ultimately went in Waits’ favor, cementing the earlier Midler ruling that celebrities and people who are well known in a relative sense own the rights to all aspects of their appearance and persona, including their voice, provided it’s distinct enough. Frito-Lay were then forced to pay Waits damages of a whopping $2.6 million (a little over $4 million today).

As for what he did with the money, Waits later jokingly quipped, “Two and a half million bucks? Spent it all on candy. My mom told me I was foolish. I’ve always been foolish when it comes to money…”

This case, combined with Waits’ earlier comments about preferring to have hot lead piped into his rear end than have his music used in advertisement should have scared off ad agencies forever, but amazingly the singer has had to sue other companies like Levi’s, Audi and the car manufacturer Opel for the more or less the same type of thing Frito-Lay did.

For instance, in the case of Levi’s, they tried to skirt around Waits refusal to lend his music to ads by licensing a cover of one of his songs that had previously been licensed to the artist in question by Waits. Waits wasn’t amused and ultimately the company were forced to issue a full page apology in an issue of Billboard magazine.  In the case of Opel, they used a Waits’ soundalike after failing to get Waits to agree to a deal and, unsurprisingly, lost the case, this time with Waits donating the money he won from the lawsuit to charity.

More recently, Waits has become embroiled in a legal battle with an award winning French circus show directed by Bartabas the Furious which uses 16 of Waits songs for their performances. Representatives of the show claim they paid the necessary €400,000 royalties to Waits’ agent for use of the songs. Waits denies that he or his agent ever cleared the songs for use in the show, and once again articulates his objections to such a thing:

These songs were not found like driftwood on the beach: they came from good families. I turn down all commercial product endorsement offers and rarely collaborate or lend my name or work to other endeavors. … That value has been taken and exploited for the profit and promotion of Bartabas’s career and for his religious and political ideology, which neither the songs nor I chose to express.