September 4, 2016 Dusti
This is a weekly wrap of our popular Daily Knowledge Newsletter. You can get that newsletter for free here. 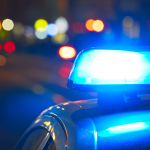 COPS has been a Saturday night TV staple for so long—29 seasons—that it’s easy to forget what a groundbreaking show it was when it debuted in 1989. FIRST-PERSON PERSPECTIVE In the early 1980s, an aspiring filmmaker named John Langley began work on Cocaine Blues, a documentary about the crack cocaine epidemic sweeping the country. As part of the project, he filmed law-enforcement operations, including drug busts and police raids. At first Langley obtained the footage as an objective bystander, but that ended when an officer…(more) 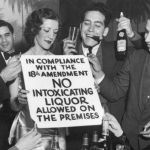 Although Prohibition officially began on January 16, 1920, the impetus for banning the production, sale, importation and transportation (though not the consumption) of alcohol had been brewing for decades before. Part of a string of reforms introduced by Progressives, Protestants and other activists to cure all of society’s ills, limiting the consumption of alcohol was thought by many to be the cure for domestic violence, poor health, loose morals and, of course, public drunkenness. The advocates of Prohibition even managed to convince many heavy drinkers; after all, sacrificing alcoholic drinks was a little thing compared to creating a better society.  Will Rogers often joked about this…(more) 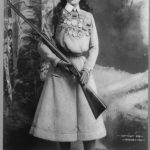 That Time Annie Oakley Offered to Put Together a Team of Female Snipers for the U.S. Military

Phoebe Ann Moses, better known as “Annie Oakley,” made a name for herself as one of the best sharpshooters in the world throughout her lifetime. In the process, she overcame a childhood filled with abuse and adversity to become not only an enormously successful entertainer, but a role model for women and young girls. Born in 1860, Annie’s father, Jacob, died of pneumonia when she was six years old. Her mother, Susan, briefly remarried, but her second husband likewise died shortly thereafter. Struggling to provide for her seven surviving children (she had nine total up to this point), Susan sent two of her children, the 8-10 year old Annie…(more) 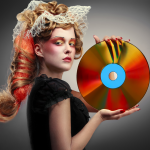 On January 14, 2009, LaserDisc officially died. Of course, the shiny, 12-inch optical disc that once competed with VHS and Betamax in the home video market spun into oblivion long before. However, it was that Wednesday in January seven years ago that Pioneer – the last remaining company to make the devices – declared they were ceasing production after making a final run of 3,000 LaserDisc players, bringing the total made to just under 17 million units. “Under the market environment in which new media such as DVD and Blu-ray Discs now dominate, it has become difficult for Pioneer to procure the parts required to produce LD players,” read Pioneer’s press release. “Consequently Pioneer has been forced to terminate production of its LD products.” For the three decades LaserDisc was on the market, it earned a reputation for providing a much higher picture quality, better audio, and laughably superior navigation…(more) 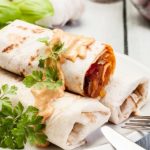 Burritos are one of the most popular Tex-Mex items on the menu. Anyone who knows a little Spanish has probably raised their eyebrows at the name, however. In Spanish, a “burro” is a donkey, and “burrito,” the diminutive form, means “little donkey.” As far as we know, donkey was never a popular ingredient in the famous dish, so how exactly did it get its name? Turns out, there are quite a few stories about how the burrito name came to be and little in the way of documented evidence backing any of them. One of the most popular stories (likely false) is that a man named Juan Mendez from Chihuahua, Mexico used a donkey to carry around his supplies for his food cart. To keep the food warm, he would wrap it up in a big homemade flour tortilla. First appearing in the early 1900s, right around the time of the Mexican Revolution, this quick, easy food item quickly became popular. Thus, the theory is that the concoction got its name because it was sold out of a donkey cart….(more) 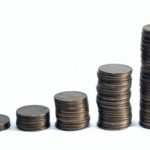 The Rule of 72 is a very easy way to calculate in your head how long it will take to double your money or debt based on a given fixed interest rate, assuming the interest is annually compounded. Use of the Rule of 72 is very simple.  All you have to do is divide 72 by the interest rate.  The resulting number is the number of years it will take for the amount to double, given that fixed interest rate.  For example:  if you invest $10,000 in a CD paying 4% compounded annually, it would take about 72/4 = 18 years to turn that into $20,000.  On the flip side, if you have some amount of debt, say $30,000 in student loans, at a 5% interest rate which you don’t make payments on, it will take 72/5 =  14.4 years for the amount owed to double to $60,000…(more) 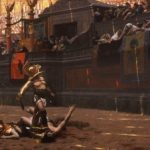 There are few hand gestures out there as well known or ubiquitous as the humble thumbs up. But why is this seemingly innocuous gesture so widespread; how did it come to mean “everything is okay” in so many cultures and where did it come from? The commonly told origin is that it came from the Romans and their gladiatorial games: thumbs up meant live and thumbs down meant die. This is unequivocally false. While it is true that in the days of gladiatorial combat in the Colosseum and the earlier (and significantly larger) Circus Maximus, the audience could decide the fate of a fallen gladiator with a simple hand gesture, this isn’t typically depicted accurately and has little…(more) 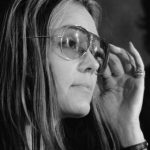 You may have wondered, if you’ve ever thought about it, why there is an “r” in “Mrs.” when it’s generally spoken as “missus” (also sometimes spelled “missis”).  “Mrs.” first popped up as an abbreviation for “mistress” in the late 16th century.  At the time, “mistress” didn’t popularly have the negative connotation it often does today, namely referring to a woman other than a man’s wife who he has an affair with.  Instead, back then “mistress”, deriving from the Old French “maistresse” (female master), was just the feminine form of “mister/master”.  “Mistress” itself first popped up in English around the 14th century, originally meaning “female teacher, governess”.By the 16th century “mistress” referred to any woman…(more) 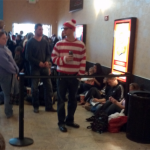 The iconic, elusive man in the red-and-white striped shirt was first hidden away in 1987 by British illustrator Martin Handford. Handford had been drawing since he was a boy, and was particularly fond of viewing and drawing crowd scenes. He felt crowds contained a certain kind of excitement, and he liked to capture it on paper. After three years of art school, Handford started working as a freelance illustrator, drawing crowd scenes for a variety of magazines and advertising companies. He got the idea for a whole book made up of crowd scenes and approached a publishing company about it in 1986. The art director suggested that he make a character to act as a focal point in his pictures of crowds to…(more)