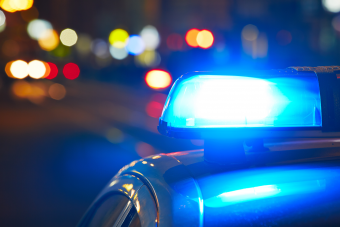 COPS has been a Saturday night TV staple for so long—29 seasons—that it’s easy to forget what a groundbreaking show it was when it debuted in 1989.

In the early 1980s, an aspiring filmmaker named John Langley began work on Cocaine Blues, a documentary about the crack cocaine epidemic sweeping the country. As part of the project, he filmed law-enforcement operations, including drug busts and police raids.

At first Langley obtained the footage as an objective bystander, but that ended when an officer invited him to suit up in tactical gear and follow the police as they moved in. For the first time, Langley understood the stress and danger (and the adrenaline rush) that police experience daily. And the footage he shot during the raid was some of the most compelling he’d ever seen. He thought it might be possible to build an entire show around it.

As Langley developed the idea for a show he called Street Beat, he decided it should be presented in a minimalist, cinema verité style—the edited footage would be presented as-is, without a narrator, script, music, staged reenactments, much editing, or any other standard TV storytelling conventions to distract the viewing audience. He didn’t want a host or anyone else telling people what to think about what they were seeing.

Langley believed that such a show would be successful, but ABC, CBS, and NBC weren’t convinced and passed on the idea. Even Langley’s business partner, Malcolm Barbour, was skeptical. The concept was so unusual, and even if it was a good idea, it wasn’t clear that a beginner like Langley would be able to pull it off.

With no takers for Street Beat, Langley and Barbour’s production company spent the next few years producing a series of crime-themed syndicated TV specials (which included footage of police ride-alongs) hosted by Geraldo Rivera. The specials were very successful and helped to raise Langley’s profile in the TV business. But if he thought that would make it easier for him to find a buyer for the show he now called COPS, he was wrong: ABC, CBS, and NBC still said no.

By 1987, however, there was a new player in network television: Fox. The upstart network had been on the air since October 1986, but few of its shows were successful. Fox was struggling not just to stay afloat but also to forge an identity distinct from the Big 3 networks—its survival strategy was to put unusual new shows on the air. And thanks to a looming TV writers’ strike that looked like it might drag on for months, Fox was particularly interested in shows that didn’t require writers or scripts.

Langley and Barbour put together a reel of the best police-raid footage from the Geraldo crime specials and made a sales pitch to three Fox executives: CEO Barry Diller; programming head Steve Chao; and a third, unidentified man who sat in the corner taking notes—Langley assumed he was an accountant. After they made their presentation, the man taking notes, who turned out to be Fox chairman Rupert Murdoch, told Diller, “order four of ’em.” Langley and Barbour had a deal.

To film the pilot, Langley went to the same person he’d gone to when he needed police footage for his Geraldo specials: Sheriff Nick Navarro of Broward County, Florida. Navarro was bothered by the fact that the public’s understanding of law enforcement was informed by fictional and wildly inaccurate movies and TV shows such as Dirty Harry and Miami Vice. He saw COPS as an almost C-SPAN-like chance to depict law enforcement as accurately and honestly as possible, and he believed that such transparency was essential in a free society. He happily allowed Langley to film his officers at work.

If you watch the hour-long COPS pilot, you may be surprised at how different it is from the modern version of the show. The most glaring difference is the inclusion of scenes of the officers in their own homes—cooking dinner with their families, watching TV, and playing with their children. One officer and his wife even argue about their relationship in front of the COPS camera crew. Langley says Fox forced him to insert the cops-at-home footage into the pilot against his better judgement, theorizing that if the cinema verité footage didn’t hook the audience, the real-life soap opera storylines would. The COPS pilot aired on Saturday, March 11, 1989. Ever since then, the show has aired on Saturday night.

Fox didn’t promote COPS very heavily, but the show still managed to find an audience, which grew quickly thanks to positive word of mouth. As it did, Langley set to work stripping out all the features the network had forced on him—background music, the “soap opera” subplots, and the scenes shot at police headquarters, which he believed were unnecessary and much less interesting than scenes of police in the field. In the process, he also developed the three-stories-per-episode format that continues to this day:

Twenty-three years and more than 900 episodes later, COPS remains the most successful reality series on network television. Its role in shaping the public’s perception of law enforcement has been profound, and it has produced an entire generation of officers who first developed an interest in police work while watching COPS when they were kids.

Perhaps the show’s most unusual claim to fame is how it turned its “Bad Boys” theme song into the most quotable, if not the most famous, reggae song in history. From the beginning, Langley wanted COPS to be the first-ever network show with a reggae theme song, and while filming the pilot in Florida he had his field producers scour local record stores in search of just the right song.