That Time Coca-Cola Tried to Sell Bottled Tap Water in the U.K. and the Hilarity That Ensued 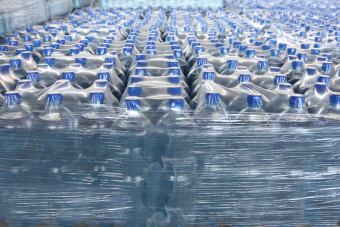 As literally one of the biggest companies on Earth, Coca-Cola has their giant fingers in a lot of equally giant pies. One of those fingers happens to be dipped in the extremely lucrative bottled water market. The product we’re talking about today is Dasani, which currently earns Coca-Cola just shy of one billion dollars per year in the United States, despite being a drink that is nothing but filtered tap water with sodium chloride (table salt), potassium chloride, and magnesium sulfate (Epsom salt) added.

While Dasani sells exceptionally well in America, when the soda giant tried to market it in the UK, they not only insinuated in their official slogan that it was full of semen, but also accidentally introduced illegal amounts of a potential cancer causing substance during the filtration process. The result was disastrous for the company, likely costing them several hundred million dollars in the UK alone since then, and putting a full stop on their previous plans to expand the brand to places like Germany and France.

This particular tale of corporate hubris began back in 2003 when Coca-Cola decided to try and capitalise on the rising British demand for bottled water by launching their “budget” line of bottled water, Dasani, in the UK.  Given UK citizens’ apparent preference towards so-called “high end” bottled waters, with about 91% of all bottled water in the UK naturally sourced vs. about 75% in the United States, Coca-Cola chose not to advertise the fact that, much like in the United States, Dasani is simply filtered tap water, in this case quietly sourced from a plant in Sidcup, Kent.

At the time, a half litre of water from said plant was selling for about 0.03p. For reference, Dasani was put on the shelves at a price of 95p per half litre bottle- a hefty markup even considering bottling and transportation costs, as well as retail markup.

Unsurprisingly, after a 2004 article in The Grocer casually mentioned the tap water source of Dasani water, the wider media was soon whipped up into a frenzy. Among other things, Coca-Cola’s audacity in this situation was humourously compared to the plot of an episode of the popular British sitcom Only Fools and Horses, in which the main characters attempt to bottle and then sell tap water from Peckham for an exorbitant markup via marketing it as “Peckham Spring”. It should be noted here that Sidcup, where Dasani water in the UK was sourced, is only about ten kilometres from Peckham.

Things continued to go wrong for Coke when they launched their online marketing campaign and began advertising Dasani as being “full of spunk”, “Bottled spunk”, and that you “Can’t live without spunk“, causing even more widespread mockery from the public and media. You see, in the UK, spunk is slang for semen… This was even more humourous given that many of the advertising images featured models, who apparently never learned to drink water properly, splashing Dasani all over their faces. Coca-Cola also insisted in their marketing that this particular “spunk” was something you can “enjoy… at home, at the gym, at work and in between” and that it is “vitally refreshing and abundantly available” and is a “way of everyday life”.

After cleaning up their online marketing campaign, Coca-Cola attempted to justify the fact that they were selling drastically marked up public water to the public by releasing a PR statement espousing the purity of Dasani, using buzzwords like “multi-barrier filtration” and “reverse osmosis”, adding that the water went through a “a technique perfected by NASA to purify fluids on spacecraft”. (By fluids, they mean things like urine, which doesn’t sound very good if explicitly mentioned in an ad-campaign.) Of course, a much less sexy way to describe their filtration process is to simply say that it’s essentially the same filtration system many home water filters use.

In making these various claims, Coca-Cola inadvertently offended the supplier of their water, Thames Water, who felt that the statements made by the company made it sound like Thames Water’s tap water wasn’t already purified and safe to drink, with the water company noting they subjected their water to a nine stage filtration process. Besides noting that the water was already purified, a spokesman from Water UK (a company representing the various water companies in the UK) also pointed out the real benefit of such bottled water which few, if any bottled water companies bother to mention in their marketing for obvious reasons:

We don’t think there are impurities in tap water. People don’t need to buy this stuff to get excellent quality water. If they like the bottle, the convenience, then fine but I don’t think that is the way they are marketing this product. Tap water is pure, and that’s the opinion of the Drinking Water Inspectorate which carries out three million checks a year.

A Coca-Cola representative, Judith Snyder, shot back, saying that the “source of the water was irrelevant”, once again citing their purification process that they insisted made the water taste better. The media again pounced on this claim, eventually finding that in blind taste tests, members of the public generally couldn’t distinguish between Dasani and tap water from Thames Water when served at the same temperatures and in the same type of cups.

Despite this, Coca-Cola once again doubled down on marketing their purification process, hoping that it would sway the public back to their side.

Unfortunately, the process they used to filter the water actually left it filled with about double the legal amount (10 micrograms per litre) of a potential cancer causing compound, bromate.

Shortly after illegal levels of bromate were found in Dasani, a spokesman for the Drinking Water Inspectorate released a statement noting that Thames water supply – the place Dasani was sourced from – contained no bromate whatsoever.

So where did it come from?

It was eventually determined that during the final stage of the purification process used to produce Dasani, when ozone is used to sterilize the water, the small amount of naturally occurring bromide (an essentially trace element for humans) contained within the tap water reacted with the ozone to produce the suspected carcinogen, bromate.

The result was that Coke recalled over a half a million bottles of Dasani and the Food Standards Agency advised people who had already purchased Dasani not to drink it, though also noting the levels of bromate in Dasani, while well above the legal limit, did not pose any immediate health risk.

As you can imagine, after the combined news broke that Coca-Cola was taking ordinary tap water, accidentally adding a potential cancer causing substance, and then trying to sell it for a 316,600% markup over the cost of the water itself, the PR nightmare reached its zenith in the region and they withdrew Dasani from the UK, as well as canceled planned launches of Dasani in certain other regions in Europe.

Beyond the millions of pounds of money lost directly in the launch attempt (£7m in marketing alone, or about £10m or $15m today), the full size of the financial hit Coca-Cola ultimately took because of this failure isn’t clear. But given that the bottled water industry is currently sitting at gross sales of £2.5bn ($3.6bn) in the UK (up from £1.2bn in 2004, which adjusted for inflation is £1.7bn today), and that Dasani, thanks to its relative cheapness compare to many other bottled waters, is currently pulling in just shy of a billion dollars per year in the United States (about 1/8th the total bottled water market in the U.S., and the largest piece of the pie of any single brand), it’s safe to say in the twelve years since this disastrous product launch, Coca-Cola has lost out on at least hundreds of millions of dollars, if not billions when looking at the expanded European market, at least when talking about Dasani sales.

But don’t feel too bad for the company, because, beyond purchasing such UK-based bottled water companies as Abbey Well in 2008, about a decade after the failed launch of Dasani in the UK, they successfully managed to launch one of their (many) other water brands, Glaceau Smartwater, in the region. This is a product that in 2015 earned Coca-Cola a cool $700 million in the United States alone, though it’s still lagging well behind Dasani sales there.

Unlike Dasani, which is always sourced from public water supplies, Glaceau Smartwater is sourced from spring water, which means it must come from a single, non-polluted ground water source (i.e. a well). In this case, after the water is pumped from the ground, it’s filtered using a vapour distilled process- essentially evaporating the water, then condensing it and adding some electrolytes for flavour, because, well, most people don’t really like the flavour of pure distilled water, among other potential downsides to drinking such water exclusively.

Thanks to better marketing (avoiding implying that their product was full of semen), branding (the name of the product seeming to imply it comes from a glacier, but in fact “glaceau” is just French for “ice”, and being implied as a “smart” purchase), and avoiding adding ingredients that potentially contribute to customer’s getting cancer, the launch of Glaceau Smartwater in the UK was a smashing success. 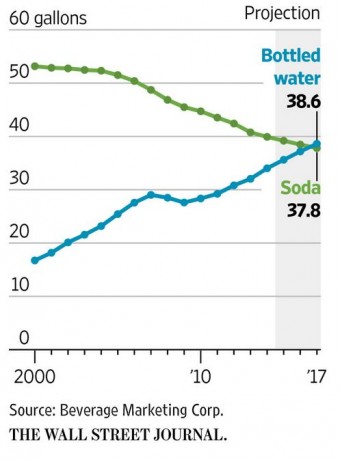