January 7, 2014 Melissa
Mark asks: How exactly do astronauts poop and pee in space? 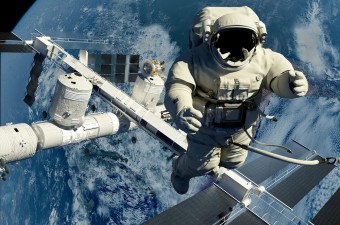 Ever since Yuri Gagarin was first launched into space on April 12, 1961, engineers and space travelers have had to face the problem of how to go and where to put the waste.

In the early years of the National Aeronautics and Space Administration (NASA), manned space flights were to be so short that the astronauts were reasonably expected to hold it.

For example, the mission that sent the first American into space, Mercury-Redstone 3 inFreedom 7, was planned to last only 15 minutes.

Forgetting to expect the unexpected, NASA engineers assumed that Freedom 7’s pilot would be free of the cockpit long before nature called.

Yet on the morning of May 5, 1961, after astronaut Alan Shepard was forced to sit through several hours of delays, he realized, “Man, I gotta pee.” With no good options available, it was decided that Shepard should pee in his spacesuit after its electronics were temporarily de-activated with the hope that his peeing in the suit wouldn’t short out his bio-sensors and give him a jolt in the process.  The hack was mostly successful in that he didn’t electrocute himself and he no longer had to pee, but it did ultimately short the sensors.

By the time John Glenn became the first American in orbit, in the four-hour plus Mercury-Atlas 6 mission on Friendship 7 in February 1962, NASA engineers had developed a sealed system that connected the astronaut to a secure storage system via a “condom-like device.”

As the technology advanced, the missions were longer. By the time the Apollo-11 astronauts landed on the moon on July 20, 1969, NASA had developed a “urine and fecal containment system” that was worn by the astronauts under their spandex. One small step for man… with a load in his pants.

Luckily for the astronauts, NASA made advancements. For space walks and other suit work, special “high-tech diapers” were (and still are) worn that can absorb an astonishing amount of liquid.

In addition, by the time of the shuttle era, a special space privy had been developed. Relying on air pressure, the toilet worked by a simple design:

Liquid waste is sucked into a plastic funnel on the end of the trunk-like tube and deposited into the base’s urine container, which vents into space when filled. Outside, the urine sublimates and eventually turns into gas.

To use the tube, lady astronauts were able to securely place the “cup-shaped” funnel directly against their bodies, so no urine escaped. Male astronauts were not so lucky, and must carefully remain close to the suction tube, without getting “vacuumed in.” As one NASA trainer said, “We do not want men docking.”

Solid waste was also sucked straight into a bowl, but then stored until the craft returns to Earth because, as one commentator noted, sending poo “hurtling 17,500 mph through space” would be “bad for business.”

To properly put the poop where they wanted it, shuttle inhabitants used the space john’s foot straps and thigh braces. In order to place the fecal matter just so, NASA astronauts:

Spend a lot of time in training sitting on space toilets to learn how to create a strong seal and how to align themselves properly.

In fact, at the Johnson Space Center in Houston, one of the bathrooms is equipped with two space toilets – one for actual use and the other for training:

A “positional trainer” has a video camera beneath its rim, and a television monitor on a table in front of it.

Taking a “lot of glamour out of the business” of being an astronaut, one spaceman termed the training toilet: “the deepest, darkest secret about space flight.”

The loo on the International Space Station (ISS) works on much the same principle as the space shuttles’. A former commander of the ISS, Captain Sunita Williams, when discussing its facilities, noted that:

It’s pretty small and you have to have pretty good aim, and be ready to make sure things get let go in the right direction.

Not completely uncivilized, toilet paper is provided, and as it is an international facility, more than one kind is available to meet the preferences of its cosmopolitan crew. Gloves and disinfectant wipes are also provided, “in case things really get out of control.” But despite all of the precautions, as Captain Williams noted, “the number one stuff can get really all over the place if you don’t aim correctly.”

As with any technology, glitches are bound to happen. In July 2009, “with a record 13 people aboard,” one of the ISS commodes broke down. Luckily, the station had another potty that remained functional. In addition, the astronauts who had come on the space shuttle Endeavour were able to use that, although they could not vent liquid as designed because the spray would hit a portion of the Japanese lab, potentially corroding expensive machinery.

The next day, in true MacGyver fashion, the station commander and a flight engineer replaced certain components and repaired the lav – to the relief of everyone.

Perhaps a result of guilt from the huge litter problem caused by 50 years of space exploration, the ISS has taken steps to become more green – by recycling urine:

The new system takes the combined urine of the crew from the toilet, moves it to a big tank, where the water is boiled off, and the vapor collected. The rest of contaminants – the yucky brine in the urine – is thrown away. . . . The water vapor is mixed with water from air condensation, then it goes through filters, much like those put on home taps.

Astronauts report that the recycled water tastes “great,” although they do acknowledge that it comes with the label: “drink this when real water is over 200 miles away.”

A Brief History of Astronauts Urinating in Space

How Do You Use the Toilet in Space?