November 2, 2015 Melissa
Sara M asks: Why are Boeing planes so randomly numbered for their names? 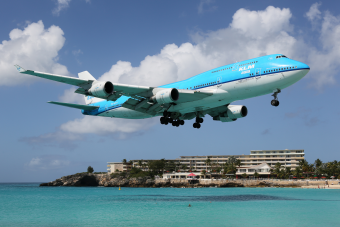 Although it may seem as if Boeing planes are randomly numbered, there actually is a method to their madness.

Founded in July 1916 as the Pacific Aero Products Co, but changing into Boeing Airplane Company in 1917, Boeing was re-tooling and adapting to the end of World War II when it came up with its numbering system.

Prior to the war, Boeing’s planes were more or less randomly named, including the Model C seaplane, the Boeing B-1 “flying boat” (often used for mail deliveries), the Model 8, the PW-9 fighter, the Boeing P-12/F4B and the Model 40 mail plane.

During the Second World War, Boeing’s names became more standardized, and its two primary products, the military bombers, B-17 and B-29, were reflecting this. The names were derived from the letter/number designations given during the proposed plane’s design phase. As all designs in a given area were assigned consecutive numbers, those letter/numbers missing between B-17 and B-29 were presumably designs that were considered but discarded before production.

When the war ended and Uncle Sam no longer needed lots of new bombers on a consistent basis, Boeing realized it had to transform and diversify its portfolio of products. Aiming to reach a wider audience, the company focused on four areas and numbered each in blocks of hundreds: plain aircraft were 300s and 400s, turbine engines were in the 500s, rockets and missiles were assigned the 600s and jet aircraft would be in the 700s.

There were exceptions after this system was imposed, such as the B-47 or the moniker of KC-97 (presumably a military designation) for what was technical the 367 Stratotanker. Notably, different developments of a single product were also reflected by apparently sequential numbering, such as the 367-80 (nicknamed Dash 80) version of the Stratotanker.

Regarding the Dash 80 (367-80), since it was intended to be both an Air Force tanker and transport as well as a commercial jet (the first for the company), it had to be assigned a 700 number. When Model 700 was floated, the marketing department objected that it wasn’t catchy enough, and so Model 707, which they thought had a nicer ring to it, was assigned for the commercial jet. And, since the 7-7 was the bit they liked, Boeing named the Air Force jet the 717.

After the 717, the company decided to retain the “7” exclusively for commercial jets, at the urging of the marketing department.

The only other exception in the 700 numbering system is the 720, which, as a development of model 707 was originally designated 707-20. In order to help United Airlines with its public relations, the number was shortened to 720, apparently to obscure the fact that it was a modified 707. Since then, Boeing commercial jets have been named in succession based on the 7-7 and include numbers between 727-787, and more recently, the 7E7.