Are Some People Really Born with Tails?

October 8, 2015 Melissa 5 comments
Will K. asks: Is it true that some people are born with tails? 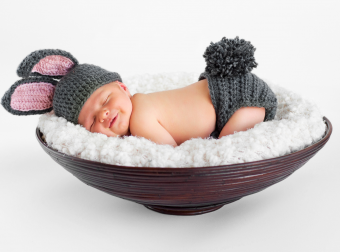 To some extent the answer to the question of whether some humans are born with tails and how prevalent it is depends on your definition of “tail.” For instance, a variety of things may protrude from the tailbone of a newborn, including cysts, tumors and even a parasitic twin. But very rarely a human is born with an actual extra appendage that is generally considered a vestigial tail.

During fetal development, the human embryo at about the 5th week has a tail that usually disappears by the 8th week, being absorbed by the growing embryo. However, for a rare few, the tail is not absorbed and persists through birth.

Typically (for those exceptionally few born with tails), the appendage in question is comprised of adipose and connective tissue, bundles of striated muscle and even nerves and blood vessels. Noticeably absent from even a vestigial tail, however, are any sign of vertebrae or controlled movement.

As for specific examples, in 2012, the paper, Spectrum of human tails: A report of six cases, detailing the experience of a handful of patients with vestigial tails, ranging in age from 3 days to 2 years. Of the six, four of the tails were situated in the lumbar area, and, perhaps not surprisingly, three of the patients had spina bifida (a congenital defect where the lower part of the spinal cord is exposed through a hole in the spine). One child had a tail protruding from his buttock, while the last had a protrusion from the sacral region.

Five of the six had no connection between their tails and spines, and they underwent successful surgeries to remove the unwanted appendages. The sixth’s parents refused to give consent, although it is not clear why, and the doctors in question were not able to follow up with that child. Notably, in one of the children, her tail unusually included bone, as well as cartilage, fat and neural tissue.