This Day in History: July 29th- The Cleopatra of the Secession 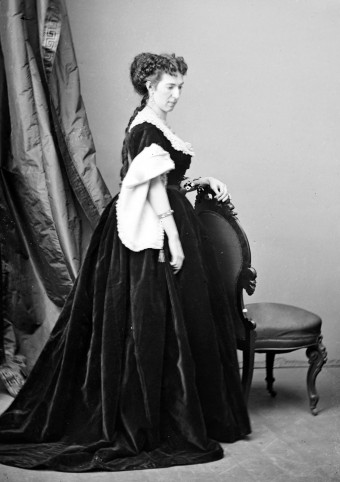 Confederate spy Marie Isabella “Belle” Boyd, often called the “Cleopatra of the Secession”, was arrested by Union troops on July 29, 1862, and incarcerated in Old Capital Prison in Washington D.C. It was the first of three arrests for this teenage espionage agent from Martinsburg, Virginia.

Belle’s town was one of the first to fall to Union forces during the early days of the Civil War in 1861. It wasn’t long after that her career in espionage began. On July 4, 1861, Belle shot and killed a Union soldier, who, as she penned in her memoirs, “addressed my mother and myself in language as offensive as it is possible to conceive. I could stand it no longer…we ladies were obliged to go armed in order to protect ourselves as best we might from insult and outrage.”

Apparently the Union officers that investigated the shooting found Belle’s actions justified. From that point on, Belle began acting as a messenger for the Confederate generals Pierre Beauregard and Thomas “Stonewall” Jackson and delivered weapons and medical supplies to the troops. She could act with more daring than a man ever could, as the Union soldiers didn’t consider that a teenage girl was capable of being such an effective spy. In fact, she even managed to become close to one Captain Daniel Keily of the Union army, using her charms to get him to reveal military secrets. She later said of this, “To him, I am indebted for some very remarkable effusions, some withered flowers, and a great deal of important information.”

On May 23, 1862, Belle and her family were staying in the same hotel as several Union soldiers. As the soldiers were conducting a war council, Belle hid in a closet in the room and listened to their plans through a knothole. She then rode wearing her “dark blue dress and fancy white apron, crossed on for the gap between the two armies in range of Union rifles and artillery, and breathlessly delivered her message to a staff officer.” Scarlett O’Hara had nothing on Belle Boyd.

For her efforts in this battle, General Jackson wrote her a personal thank you note and she was awarded the Southern Cross of Honor.

Her secret eventually got out though and Secretary of War Edwin Stanton personally issued an arrest warrant for Belle on July 29, 1862. She was taken to the Old Capital Prison (now the site of the Supreme Court) and was banished to the Confederate capital of Richmond a month later. But she was back in northern Virginia by the following summer and arrested once more in July of 1863.

Belle was imprisoned until December of 1863 when she was once again exiled to Richmond. And, one again, she ignored this sentence, this time sailing for England in March of 1864. But her ship was intercepted and she was incarcerated in a Yankee prison in New York State. She was deported to Canada and “under pain of death should she return to the United States.”

You know she wasn’t going to do as she was told. Belle went instead to England and married, funny enough, a Union naval officer Samuel Hardinge. She published her (grossly exaggerated but highly entertaining) memoir Belle Boyd, in Camp and Prison in 1865. Her husband died the following year, leaving her with a baby daughter.

Belle tried her hand at acting in both England and the United States (so much for that banishment). She “retired” after marrying her second Union officer, John Swainston Hammond, with whom she had four children. She divorced him in 1884, and the following year Belle married Nathaniel High, a man 17 years her junior.

She returned to acting in 1886 to recreate her Civil War exploits for rapt and appreciative audiences. Belle died onstage at age 56- an apt end to her dramatic life.

If it seems odd that Belle married two men from the enemy camp, it really wasn’t if you understood Belle’s mind. Boyd was more of an adventurer than a Confederate. She enjoyed the notoriety her exploits brought her and reveled in breaking every standard expected of ladies during that time.

She was one of a kind. As the Confederate newspaper, The Index, wrote of Boyd in 1864, “Probably the history of the world does not contain a parallel case. Her adventures in the midst of the American War surpass anything to be met with in the pages of fiction.”