This Day in History: June 18th- The Crime 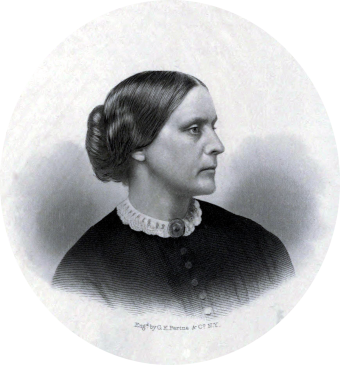 The verdict of Susan B. Anthony’s trial on June 18, 1873 was a foregone conclusion. When the attorneys for both sides had finished their arguments, the judge read from a piece of paper he had in his pocket the whole time. What was the crime that the judge didn’t believe was worth even hearing the defendant’s evidence for?

Susan B. Anthony cast her vote in the first district of the Eighth Ward of Rochester, New York in the presidential election held on November 5, 1872.

This was, of course, before women officially had the right to vote in such things. But Anthony, one of the leaders of the Women’s Suffrage Movement, made the compelling argument that a woman’s right to vote was already supported by the 14th amendment to the Constitution:

Anthony cited this passage when she got hassled at the local voter registration center on November 1, 1873. The young man handling the registrations, Beverley Jones, told her he didn’t think they could register her, and Ms. Anthony asked on what grounds. He replied that “the State of New York only gave the right of franchise to male citizens.”

She asked Jones if he was familiar with the 14th amendment.

Jones testified later in court that, “She wanted to know if under that she was a citizen and had a right to vote. At this time, Mr. Warner [the Supervisor of Elections] said, ‘young man, how are you going to get around that. I think you will have to register their names’—or something to that effect.”

Susan B. Anthony’s trial could hardly be called such, as she was not allowed to speak in her defense and the judge instructed the jury to return a guilty verdict. “The Fourteenth Amendment gives no right to a woman to vote, and the voting by Miss Anthony was in violation of the law” – a move that outraged not only Anthony and her lawyers but also some members of the jury. It also helped the cause of Women’s Suffrage in the court of Public Opinion.

After being denied a motion for a new trial, Circuit Justice Ward Hunt finally asked Anthony if she had anything to say before sentencing, and she took her chance and ran with it.

“Yes, your honor, I have many things to say; for in your ordered verdict of guilty, you have trampled under foot every vital principle of our government. My natural rights, my civil rights, my political rights, are all alike ignored. Robbed of the fundamental privilege of citizenship, I am degraded from the status of citizen to subject; and not only myself individually, but all of my sex, and, by your honor’s verdict, doomed to political subjection under this, so-called, form of government.”

The judge tried to silence her several times, but Anthony simply became more impassioned. After being fined $100 (about $2,000 today), and essentially informing Hunt he’d better not hold his breathe waiting for it, she concluded with: “And I shall earnestly and persistently continue to urge all women to the practical recognition of the old revolutionary maxim, that ‘Resistance to tyranny is obedience to God.’”