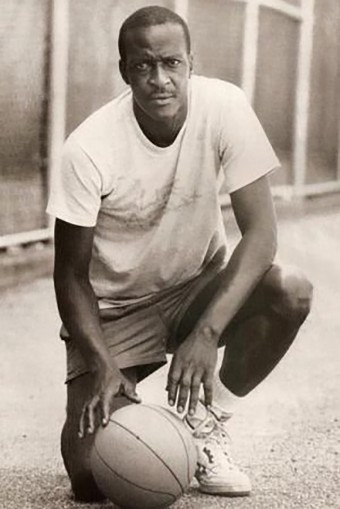 Ask a casual fan of basketball to tell you who the greatest player in history is and they’ll probably say that it’s either Michael Jordan or Bugs Bunny, depending on how many times they watched Space Jam as a kid. When basketball legend Kareem Abdul-Jabbar was asked who the greatest player he ever played against was, after a long an illustrious NBA career playing against many of the legends of the sport, he gave a surprising answer- “That would have to be ‘The Goat'”- a man who has variously been described by players and sports writers alike as the “the greatest basketball player to never play in the NBA”.

Born in 1945 in a rural area of Charleston, South Carolina, “the Goat”, otherwise known as Earl Manigault, started out life in extreme poverty and hardship. The youngest of 9 children, Earl was taken in by a woman named Mary Manigault at around 7 years of age when it became clear his parents had little interest in raising him. Initially living with Mary in what amounted to little more than a shack that had no electricity, running water or heating, Earl’s prospects improved slightly when Mary uprooted and moved to Harlem in the hopes of providing Earl with a better life.

However, Earl’s unfortunate upbringing had left him decidedly lacking in social skills and he found it equally difficult to both connect with other kids and concentrate at school, the latter of which would turn out to be a recurring problem throughout his life. Luckily for Earl, he was able to find an outlet for his frustrations in the fifth grade- basketball, a sport he quickly gained an affinity for.

Through years of gruelling practise involving countless dunks and endless shots, Earl became an absolute force of nature on the court and a legend in New York. He once famously scored 52 points in a single game while in school (a city wide record at the time) and would regularly astound crowds by dunking on opponents a clear half foot taller than himself.

You see, in his prime, Manigault stood at a relatively short (for a basketball player) 6 feet 1 inches. Despite this, he was still able to perform his signature move of leaping into the air and dunking the ball with enough hang time to grab the ball as it fell through the net and dunk it again without hanging on the rim in the process. Ever the showman, he was also known to occasionally leap clean over particularly short players with a running start.

Manigault’s small stature (again, for a basketball player), incredible quickness, and almost superhuman leaping ability made him a veritable legend on the streets of New York and during his formative teenage years, he could regularly be found hustling people out of money at playground’s across the city. As Jabbar said of him, “At the time there weren’t a whole lot of people who could do things with the basketball that Earl Manigault could do. He was so agile, so quick.  He used to make so many innovative moves to the hoop.  Basketball was his total means of expression.”

During his time on the streets, Manigault squared off against a number of basketball’s biggest names at the time including Harlem Globetrotter, Connie Hawkins, Earl “The Pearl” Monroe and, of course, he regularly played against and with Kareem Abdul-Jabbar, the latter stating, “Earl and I would get together on certain Saturday mornings and play a lot of 3-on-3 basketball in the park or wherever the real good games were being played… Earl was more of a street player than I was, so he never really got the same type of mainstream recognition that I got in high school.  But people who really knew the game knew Earl could play.”

Sometime during his teenage years, Manigault acquired the nickname “The Goat”. There are numerous stories explaining the origin of the nickname, such as that it is an acronym for “Greatest Of All Time”, but this appears to just be a backronym, as Manigault himself stated it simply came from a teacher in his high school who constantly mispronounced his name as “Mani-Goat” instead of its correct pronunciation of “man-eh-galt”. Regardless of the nickname’s origins, it stuck and is still treated with reverence in the Harlem courts he formerly ruled to this day.

Though his skills as a player were beyond reproach, Manigault’s academic performance at school was less than enthusiastic. This culminated in him being expelled for smoking marijuana in the school bathroom during his final year of high school. From here, he returned to Carolina to finish his education at Laurinburg Institute, a prep school from which he graduated with the second lowest grade in the year.

Despite his lacklustre grades, colleges who’d heard of and witnessed Manigault’s incredible talent flooded him with lucrative scholarship deals. However, he was hesitant to accept these offers. He later stated that he “didn’t have the discipline or courage to be among the first black players to attend an all-white school“. As result, he ended up accepting an offer to study at the (predominantly black) Johnson C. Smith University where his skill was squandered by clashes with the coach, Bill McCollough. McCollough wanted Manigault to play a slow, careful game that didn’t mesh with Manigault’s quick, high-flying, in-your-face dominance style of play.

However, in one notable game, Manigault went against his coach’s instructions and scored 27 points, leading the team to victory, only to be reprimanded for not playing the way he’d been told. With the constant clashes with the coach, his playing time was limited and he ultimately quit just a few months into his studies, partly out of frustration and partly because his girlfriend in New York had become pregnant.

After dropping out of school and returning to New York, Manigault fell victim to drink and drugs, particularly heroin, which quickly became the focus of his life off the court. He stated, “I’m frustrated because I’m out of school… I just went and turned myself on. I did heroin. I was messing with that stuff like it was the last of it. I’m not bragging. I was doing so much of it. I didn’t know there was any more left; $100 or $500, if I had it, I would spend it.”

He made a few attempts to get into professional basketball over the next few years, but two brief stints in prison due to drugs and stealing to pay for them (once in 1969 and again in 1977) had robbed him of his prime and the man who was once untouchable on the court found himself being dominated by players he could have run circles around years prior.

In 1971, after leaving prison for the first time, Manigault had managed to wean himself off heroin and vowed to use his legacy to help others, which he did by approaching a big-time New York drug dealer and asking for $10,000 to clean up a local park where, ironically enough, Manigault was using his legendary status to try to convince kids to stay away from drugs. Like so many others in the region, the drug dealer “couldn’t say no to the Goat”, according to Manigault. After he agreed, “The Goat Tournament” was born, which would ultimately feature NBA players like Mario Elie and Bernard King.

Heroin being a drug that never really lets go, Manigault soon found himself back on it and was arrested in 1977 while trying to steal money to buy the drug. After leaving prison for the second and final time, Manigault fled New York in an attempt to help himself kick his habit for good. Back in his home town of Charleston with two of his sons, he attempted to create a better life for them and himself, scraping by with odd jobs like mowing lawns, painting houses, etc, wherever he could find work.

He eventually returned to New York and re-started the “Goat Tournament,” as well as the “Walk Away From Drugs” tournament, aimed at getting kids that were on drugs off, as well as trying to prevent others from ever starting. He also got a job at East Harlem’s La Guardia Memorial House as a counselor to kids.

He remained in New York until his death in 1998 at the age of 53 years old, following two heart operations and much later ultimately being rejected for a heart transplant due to his extremely poor health.

In his return to the city where he was still a legend, the New York Times wrote a piece on him, A Fallen King Revisits His Realm, in which Manigault summed up his life, “For every Michael Jordan, there’s an Earl Manigault. We all can’t make it. Somebody has to fall. I was the one.”