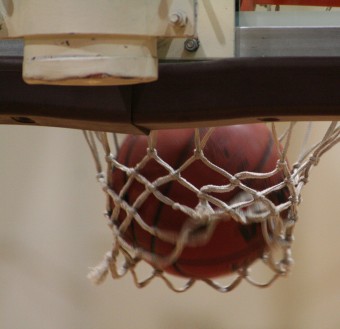 This is the time of year when millions of Americans are being stricken with March Madness (See: How March Got So Mad). Over a hundred teams (both men’s and women’s) are competing against one another for the right to be called a champion. This is a goal that all of these collegiate athletes work towards and most would never give it up for a little money. But in 1950, over a dozen student-athletes from several different schools did just that. Despite the constant talk about the need to pay college athletes, academic infractions, and even improper benefits, there has never been a college basketball scandal quite to the scale of the one that happened 64 years ago in New York City. This is the story of the 1951 CCNY Point Shaving Scandal.

The 1950 City College of New York Beavers were a really good basketball team. Playing their home games out of legendary Madison Square Garden, they were coached by Nat Holman, who was nicknamed “Mr. Basketball” and created what people were calling the “city game.” The “city game” way of playing involved passing, up-court dribbling, and rotating the ball quickly to create open shots, essentially everything we still see today in basketball. Originally thought of as “unrefined,” Holman and his style of play revolutionized basketball.

During the mid-20th century, the city of New York was truly the melting pot of America and the 1950 City College basketball team very much represented that. A good, skilled, diverse team, full of players from many different backgrounds – Jewish immigrants, Italians, African-Americans. etc. In fact, City College became the first college basketball team to start two African-American ballplayers.

During the 1950 NCAA tournament, CCNY took on the supposed best team in the country and all-white (along with a reputation for being quite racist) Kentucky Wildcats, coached by the legendary Adolph Rupp. Before the tip, Holman instructed his team to extend their hands to Kentucky for a shake. In front of 18,000 people in the arena, they did just that, but Kentucky refused to acknowledge the gesture. CCNY went on to crush Kentucky 89-50 in the worst defeat in Kentucky’s history and Rupp’s career. That year, CCNY won both the National Invitational Tournament (NIT) and the NCAA Division I Basketball Tournament. They were the first and only team to achieve this feat, defeating Bradley University in both of the finals.

In 1951, CCNY was returning a majority of the players from that historically great team and fully expected to be great again. But something fishy was happening behind the scenes.

It actually all started before CCNY’s championship season, in the summer of 1949. At that time, college basketball players were often recruited north, to the Catskills, for “summer jobs.” The Catskills was a very popular resort area at the time and there were plenty of jobs to be had for college kids, from waiter to busboy to bellhop. But the real reason ballplayers went there – and were recruited there – was for the basketball. As entertainment for the wealthy vacationers, highly competitive games were played between the players, usually including the best basketball players in the country. In fact, Wilt Chamberlain famously played in the Catskills around this time (and, of course, dominated).

At first, the point shaving at these summer games was rather innocent. A chef at a hotel would bet with his fellow employees on a final score of a game. He would tell a few of the players if they kept the scoring to a certain point (i.e. win by 8, not 25), he would make sure they ate steak and lobster all week. Soon, this evolved into something a lot more nefarious, perpetuated by a defensive-minded guard named Eddie Gard.

Gard knew that rich Italian mafiosi also summered in the Catskills. So, he went about finding one who wanted to help both of them make a little extra money. Gard met Salvatore Sollazzo, a petty criminal who always was looking to make a buck or few, at the pool. They began to fix games together in the Catskills, with Gard convincing his fellow players that while steak and lobster was great, they could make a thousand bucks if they simply followed his lead.

It worked like this: Solloazzo would set lines for the game (i.e. Team #1 favored by 10 points over Team #2) and take wagers from guests, employees, and anyone else who wanted to bet on basketball in the Catskills. Solloazzo would wager himself on whatever team Gard was playing against. Gard would do the rest. He would convince players that a win was a still a win, no matter if they won by 3 or 20 points. Gard and his cohorts would intentionally only win by less than the line, say 5 points instead of 11 points, by giving up an easy basket or intentionally throwing the ball away. Sometimes, Gard’s team would lose, which from a gambler’s perspective could be just as good. Either way, Solloazzo would pay the players for their help with his sizable winnings. Now, if this unethical gambling stayed in the leisurely summer Catskill games, few would care and we certainly wouldn’t be writing about it. But it didn’t. Point shaving came down south and interjected itself into real, sanctioned college basketball games.

Eddie Gard played for Long Island University (LIU), a decent team, but no CCNY. The first game Gard and Solloazzo “dumped” and “sold” (referring to the “dumping” of points and “selling” of the line to bettors) was the game on January 17, 1950 against North Carolina State. Gard was able to recruit two of his teammates to help him out and LIU won by three points, instead of a higher line. Gard would later say he made over a thousand dollars (about ten thousand in today’s dollars) for dumping that game alone. LIU’s leading scorer and best player, Sherman White, immediately became suspicious, later saying that there were too many mistakes and “short circuits.” He approached Gard and two teammates. Gard, ever the charmer, convinced White to jump aboard the scam, saying that no one was intentionally losing games, simply making them closer. A dinner party hosted by Solloazzo with fine food and an offer of a thousand dollars a game for, again, not losing, but only winning by less than the line, sealed the deal with Sherman White. The fix was in.

As it turned out, controlling the outcome of a game is rather hard. LIU, despite trying to win even if only by a few points, would accidentally lose two of the games they fixed due to their attempts to keep the games close. Everyone made their money, but totally throwing games was a far worse outcome. A talented team like LIU had, in essence, lost on purpose.

From there, point shaving spread to other schools in New York and, then, the country. College kids are easy targets.  Besides being young and, in some cases naive, they are also predominantly strapped for cash. When an associate of Solloazo approached Norm Mager, a CCNY player, he was able to recruit him and Mager recruited other players. The pattern was similar at other schools. Throughout college basketball from 1949 through 1951, from Long Island to CCNY to Kentucky, the fix was in. Yes, even CCNY’s championship year, there was evidence that points were dumped in their early season games.

The first arrests happened on January 17, 1951 with three members of the Manhattan University team and a few bookies. A month later, players from the famed and champion CCNY team were arrested at Penn Station on the way to a road game. That same night, Eddie Gard and Solloazo were arrested. Two days later, LIU’s Sherman White, who had the day before been named The Sporting News‘ “Player of the Year,” was arrested.

The repercussions were immense and far reaching across college basketball. Notably, CCNY was barred from postseason play and quickly dropped from a Division I powerhouse to a member of Division III. The team was also barred from ever playing at Madison Square Garden again. While there was never any evidence that Coach Holman knew about what was happening, his legacy was forever tarnished. Several players, including Sherman White, who was just 77 points away from setting the then NCAA single season scoring record when his college career came to an abrupt halt, would have had a future in professional basketball, but they were all summarily barred from ever playing in the NBA, among other punishments.