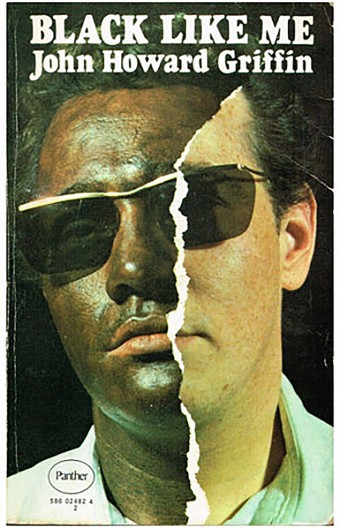 In the fall of 1959, a white writer from the American South shaved his head, darkened his skin and spent the next six weeks on an odyssey, travelling from New Orleans through Mississippi, Alabama and Georgia as a black man. He wrote of his experience in Black Like Me, published in 1961, and the book became a clarion call to many who had previously turned a blind eye to racism in America. An extraordinary man, John Howard Griffin packed a lot of living into a relatively short life.

Born on June 16, 1920, John Howard Griffin was raised in Fort Worth, Texas, at a time when even his well-meaning, Christian family (who were otherwise kind, if paternalistic) considered black people to be inferior.

Griffin was a gifted child, and between his truly exceptional memory and perfect pitch, he was admitted into a French boarding school at the age of 15, where he was shocked to see that black students not only attended classes with whites, but patronized the same public places (like cafes) as well. As Griffin later said, “I had simply accepted the ‘customs’ of my region, which said that black people could not eat in the same room with us. It had never occurred to me to question it.”

In France, Griffin trained as a musicologist, specializing in Gregorian chant. As World War II began in 1939, Griffin broadened his focus and also worked with the French Resistance to smuggle Jewish kids to England. He eventually blabbed about his role to the wrong person, though, and escaped France only just before being captured by the Gestapo. In 1941, shortly before the attack on Pearl Harbor, Griffin joined the Army Air Corps.

He then worked as a radio operator in the Pacific before being assigned to the Solomon Islands to work with the indigenous people. Although he studied their languages and customs to better understand them, Griffin said he still “assumed that mine was a superior culture.”

Near the end of the war (in 1945) during an air raid, Griffin was wounded with shrapnel that eventually blinded him. This experience changed him, forcing him to find new talents, resulting in his conversion to Catholicism and enabling him to “see the heart and intelligence of a man, and nothing in these things indicates in the slightest whether a man is white or black.” During the next decade, he married and had four children, whom he supported by lecturing on music history and Gregorian chants, and also writing two novels related to his experiences during the war.

In 1955, Griffin’s medical situation worsened when his legs became paralyzed after a bout of spinal malaria. Rather than giving up hope, he turned to his faith, and in particular the works of Thomas Aquinas. Remarkably, while recovering from the paralysis, Griffin was taking a stroll in his yard when he “saw a swirling redness,” and over the next few months, inexplicably, his sight was restored.

Between his suffering and his studies, by 1959 Griffin had become convinced that he had to “bridge the gap” between the races, and determined that the only way he could do that was to “become a Negro.” Supported by his wife, Griffin consulted a dermatologist who gave him a medication used to darken skin (usually to treat vitiligo, a condition that produces white patches, see: Why Did Michael Jackson’s Skin Turn White?). Griffin also spent hours under a sunlamp and even rubbed a stain into his skin. Since his hair was straight, he shaved that off as well.

After he set off, crossing the South as a black man Griffin was soon engulfed by its extreme racism. As most restaurants, water fountains and bathrooms were no longer available to him, marked and enforced as “Whites only,” he soon realized he had to plan ahead for even the most modest excursion.

His dark skin also resulted in significant changes in the way white people treated him: they were either very polite or absolutely filled with loathing. Of the latter, Griffin described “the hate stare”:

You feel lost, sick at heart before such unmasked hatred, not so much because it threatens you as because it shows humans in such an inhuman light. You see a kind of insanity . . . .

Of the former, often they would pick Griffin up when he was hitchhiking. Perhaps harboring ulterior motives (such as looking for a sexual partner), according to Griffin most “showed morbid curiosity about the sexual life of the Negro, and all had . . .the same stereotyped image of the Negro as an inexhaustible sex-machine . . . that marital fidelity . . . was exclusively the white man’s property.”

One white man even attempted to justify his lust for black women as follows, “We figure we’re doing you people a favor to get some white blood in your kids.” Griffin, like most of us today, was suitably horrified and characterized this rationale as a “grotesque hypocrisy.”

Not limited to essential services and ridiculous stereotypes, Griffin experienced racism’s economic effects as well. In Mobile, Alabama, while applying for a job, the white foreman told him: “We’re getting you people weeded out from the better jobs at this plant . . . Pretty soon we’ll have it so the only jobs you can get here are the ones no white man would have.”

After Griffin’s trek was over and the story began to leak out, he was interviewed by Time and CBS’s Mike Wallace. Back in his hometown of Dallas, Texas, he was hanged in effigy and threats were made on his life. He fled with his family to Mexico, where he turned the story (some of which had been published in Sepia magazine, which had helped pay for the trip) into the novel that was published as Black Like Me.

Vindicated (at least in the North), the book became a bestseller, was published in 14 languages, made into a movie and eventually was included in high-school curriculums. The New York Times characterized it as an “essential document of contemporary American life.”

Nonetheless, many, especially in the South, remained incensed with Griffin. After Griffin and his family returned to the U.S., in 1964, while on the side of a Mississippi road with a flat tire, Griffin was approached by a group of white men; it was later revealed they were Ku Klux Klansmen who had targeted Griffin; in the end, they beat him so badly with chains that it took him five months to recover from the attack.

Griffin’s health deteriorated in the 1970s and together with diabetes and heart trouble, by 1972, he was bound to a wheelchair due to osteomyelitis. He died in 1980, at the age of 60, of heart failure.