This Day in History: April 1- “I Got What I Wanted” 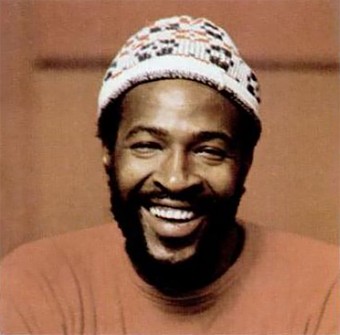 On April 1, 1984, Marvin Gaye, Motown pioneer and one of the most influential R&B artists of all time, was shot and killed by his father during a heated altercation between the two men. Marvin was one day shy of his 45th birthday.

Marvin’s love of music developed early in childhood. It was a way to deal with the pain of the constant abuse he suffered at the hands of his father, Marvin Gay, Sr., a Washington, D.C. preacher. To escape the endless beatings, he left high school and joined the Air Force.

By 1961, Marvin had attracted the attention of Motown founder Berry Gordy Jr., who signed him to the label that same year. He quickly began releasing hits such as “Hitch Hike” and “Pride and Joy,” which became Gaye’s first top ten record.

His next project was a duet album with fellow Motown artist Mary Wells, which was fairly successful. But when Marvin sang with Tammi Terrell, the chemistry was magical. The pair recorded many smash hits including “Ain’t No Mountain High Enough” and “Your Precious Love”, both released in 1967, and “Ain’t Nothing like the Real Thing” and “You’re All I Need to Get By”, which came out the following year.

During a performance with Gaye, Terrell collapsed onstage. She was soon diagnosed with a brain tumor. Her death on March 16, 1970 affected Marvin deeply, triggering bouts of crippling depression and suicide threats. During Tammi’s illness, Gaye had his biggest hit with 1968’s “I Heard it Through the Grapevine.” He never acknowledged its success or recorded another duet during his lifetime.

Marvin wasn’t happy with the style of music he was making. He had to push to release 1971’s “What’s Going On”, an album that explored socially relevant topics including poverty, the environment, drugs, racism and politics. Berry Gordy was hesitant to release it, doubting its commercial appeal, but it was an instant success and is considered a groundbreaking achievement in soul music.

In 1973, Marvin’s artistic focus shifted from the political to the personal. His decade-long marriage to Anna Gordy, Berry’s sister, was coming to a bitter conclusion. After their separation, Marvin was apparently in a sexy mood, at least if the 1973 album “Let’s Get It On” is any indication.

As part of his divorce settlement in 1976, he was ordered to hand over a good chunk from the royalties of his next album to cover his alimony payments. That album, the aptly named “Here, My Dear” was so candid about the details of the Gaye/Berry marriage that his ex almost sued him for invasion of privacy.

Gaye married again, and when that union tanked, he moved to Hawaii to fight his addiction to cocaine. He uprooted himself once again, dodging the IRS by high-tailing to Europe. He also recorded his last album for Motown, ending his 20-year association with the label.

The final two years of Marvin’s life were a combination of brilliant music making and worsening drug addiction. He released the album “Midnight Love” on Columbia Records in 1982, which contained the hit song “Sexual Healing.” It earned Gaye his first and only Grammy award.

Despite that success, Marvin was in dire straights, struggling with depression, debt and addiction. He had no choice but to seek solace in his parents home (that he had purchased for them), living under the same roof with the man who was a contributor to many of his issues in the first place.

On April 1, 1984, Marvin and his father were having a heated argument about the location of a misplaced insurance policy. Things spiraled out of control. Marvin kicked his father, and the older man retaliated by shooting him in the chest. The bullet tore through his right lung, heart, diaphragm, liver, stomach and left kidney. That shot alone was fatal, but his father fired again.

Marvin’s brother Frankie, who held him as his life ebbed away, wrote that his brother’s sad, final words were, “I got what I wanted….I couldn’t do it myself, so I made him do it.”