This Day in History: March 26th- A Hero’s Journey 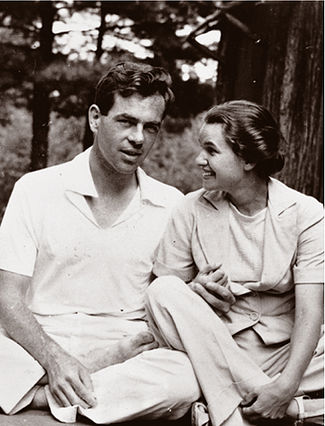 “Life is like arriving late for a movie, having to figure out what was going on without bothering everybody with a lot of questions, and then being unexpectedly called away before you find out how it ends.” – Joseph Campbell

Joseph John Campbell, the renowned professor, author, anthropologist, speaker and mythologist was born on March 26, 1904 in White Plains, New York. He is best known for his work in the areas of comparative mythology and comparative religion, particularly for his theory of “the hero’s journey”. Many popular books, TV programs, and movies have been inspired by his scholarship. You may have heard of one in particular called “Star Wars.”

George Lucas had to say of this,

I came to the conclusion after American Graffiti that what’s valuable for me is to set standards, not to show people the world the way it is…around the period of this realization…it came to me that there really was no modern use of mythology…The Western was possibly the last generically American fairy tale, telling us about our values. And once the Western disappeared, nothing has ever taken its place. In literature we were going off into science fiction…so that’s when I started doing more strenuous research on fairy tales, folklore, and mythology, and I started reading Joe’s books. Before that I hadn’t read any of Joe’s books…It was very eerie because in reading The Hero with a Thousand Faces I began to realize that my first draft of Star Wars was following classic motifs…so I modified my next draft [of Star Wars] according to what I’d been learning about classical motifs and made it a little bit more consistent…

Young Joseph Campbell’s own hero’s journey began when his father brought him to see Buffalo Bill’s Wild West show when he became instantly obsessed with Native American culture. He read every book on American Indians at the local library he could get his hands on before he was 12, and began frequenting the American Museum of Natural History.

Joe excelled in high school and went on to Columbia University earning degrees in both English and medieval literature. He traveled to Paris after college and became heavily influenced by the writings of James Joyce. He struck up a friendship with Joyce’s publisher Sylvia Beach, who explained to Joe the author’s concept of the monomyth – the idea that every human is living out their own journey of discovery. This theory became the basis of Campbell’s life work.

While teaching at Sarah Lawrence College in New York, he wrote his first best seller “The Hero with a Thousand Faces”, which was released in 1949. Using Joyce’s concept of the “monomyth” and anthropologist’s Arnold van Gennep’s outline of rites of passage, Campbell explains his vision of the hero’s journey myth – a transformative tale of triumph that can be found in every culture through the ages.

The term hero was not restricted to literal lifesavers or warriors. Joe used the word to describe anyone with the courage to follow their true calling, meet the challenges along the way, obtain the needed knowledge and skills, and then use that experience and wisdom for the benefit of the community. Slaying the dragon or defeating the monster  was symbolic of conquering the selfish nature of the ego.

TV journalist Bill Moyers was fascinated by Joseph Campbell’s ideas and conducted 24 hours of interviews with him in 1986-87 at George Lucas’ Skywalker Ranch in Northern California. The final session took place at the American Museum of Natural History in New York, where Campbell had been entranced by Native American artifacts as a young boy and set upon his own path.

Joseph Campbell died suddenly of cancer shortly afterward on Oct. 30, 1987. He was 83 years old. The Moyers interviews were whittled down to six hours and became one of the highest rated and most watched programs in PBS history. His book sales also skyrocketed like he never experienced during his lifetime. But since he and his wife lived in a small one bedroom apartment by choice, it probably wouldn’t have mattered much to him – at least financially.

The phrase most associated with Joseph Campbell is “follow your bliss”, but it’s not intended in the hedonistic manner it may seem. His California assistant Jonathan Young explains, “Both his critics and some of his fans have misunderstood the phrase. It isn’t, ‘Go have a good time.’ It’s, ‘Pay attention to the still, small voice — to that unique calling that seems to know your name.’ It is the seeker’s life. It can be a life of incredible hardship and sacrifice. But there is a kind of joy in being in sync with your nature, with a sense of purpose.”