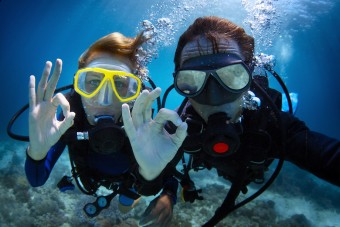 OK is an expression that almost all of us, young or old, rich or poor, sprinkle throughout our sentences all day, every day. We use it so often and with so many shades of meaning that most of us assume it’s been around since the Big Bang. Surprisingly, the expression isn’t even two hundred years old. The first known time OK ever appeared in print was on March 23, 1839 in the Boston Morning Post during the course a humorous article written by the paper’s editor.

OK began, or at least was popularized, as a lame election year political joke. Here’s the deal. It’s a shortened version of “Oll Korrect”, a misspelled version of “All Correct”, following the then popular trend of deliberately basing abbreviations on misspellings. Other examples from this period include “KY” for “Know Yuse”, “OW” for “Oll Wright” (the predecessor of “Oll Korrect”), “KG” for “Know Go”, and “NS” for “Nuff Said”, among many others.

OK also conveniently worked nicely with Martin van Buren’s nickname, Old Kinderhook. His constituents formed the O.K. Club, and Van Buren’s supporters got into a few tussles with William Henry Harrison’s posse. OK became a tool for slander and propaganda, inspiring such anti-Van Buren slogans such as out of karacter, out of cash, orful katastrophe – or whatever the pundits could come up with at the moment.

There were also claims that OK originated from Martin van Buren’s political mentor Andrew Jackson’s horrible spelling skills. Rumor had it that he used it as a mark on documents for “all correct” (ole kurrek), but most believe this was trash-talk from the opposing party.

OK may have passed from the public consciousness like most election year goofiness if it hadn’t been for the increasing use of the telegraph. Short and sweet, by 1870 it had become an accepted way for telegraph operators to acknowledge a transmission had been received.

It was also becoming an everyday part of the American vernacular, so all encompassing that most everyone had forgotten its provenance. It spread by word-of-mouth and went global. As its origins were largely forgotten, other cultures laid claim to it. For example, the Scots claimed it was derived from och aye (“yes, indeed”), while the Greeks insisted its origins came from ola kala (“all is well”).

It wasn’t until etymologist Allen Walker Read’s extensive research on the origins of OK that the Boston Morning Post article was uncovered. One by one, the Columbia University English professor painstakingly unearthed, studied, and dispelled countless theories on the provenance of OK, ranging from an Army biscuit (Orrin Kendall) to a port in Haiti (Aux Cayes). His findings were published in 1963-64 in a series of articles.

No-one can dispute the usefulness and versatility of OK. It serves as an affirmation (“Can I go now?” “OK.”), an exclamation, (“I got Saturday off! OK!”), and an expression of ennui (“How was the movie?” “Meh. OK.”). But maybe its most important function is the verbal segue, the transition from one thought to another, or the sign that the conversation is ended. It’s all about context.

The fact that everyone was so quick to forget the political mudslinging origins of OK is probably what made it so ubiquitous. Since it was claimed by no-one for so long, it could belong to everyone. And even now, it still does.