This Day in History: March 6th- Take Two and Call Me in the Morning 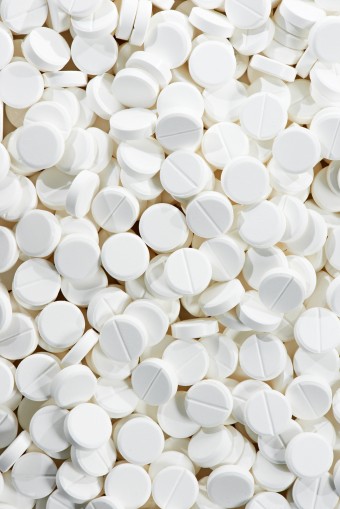 On March 6, 1899, the mainstay of medicine cabinets around the globe, acetylsalicylic acid, was patented by The Friedrich Bayer & Co. under the trade name Aspirin at the Imperial patent office in Berlin. After well over a century, it’s still one of the most effective, versatile, and commonly used medications world-wide.

Although Aspirin’s existence only dates back over a hundred years or so, its active ingredient, salicin, had been used for many centuries to alleviate pain and fever. Hippocrates is known to have used it, and it had been used in modern medicine since the 19th century. As effective as it was, willow bark and salicin were used sparingly because the taste was vile and, more importantly, its use had a tendency to cause a severe upset stomach, and in extreme cases could even damage it.

This all changed when Bayer chemist Felix Hoffman created a form of the drug that was just as effective but much better tasting and drastically easier on the stomach. But three years after Hoffman’s death in 1949, another scientist with more seniority at Bayer, Arthur Eichengrün, came forward claiming responsibility for the work Hoffman was credited with.

Eichengrün, who was imprisoned in the Theresienstadt concentration camp during World War II, maintained he was denied his due all those years because he was Jewish. (Indeed, Bayer had their legacy significantly tarnished during WWII when they became part of the Farben German chemical company conglomerate that is known to have used slave labor during WWII, including managing slave labor camps.  Further, Farben was the group that manufactured Zyklon B.  Why is this important?  Because Zyklon B was the cyanide based pesticide used in the Nazi gas chambers.  Bayer was forced to separate from Farben after WWII.)

In any event, either Hoffman or Eichengrün also perfected another medication around the same time as Aspirin, one that was believed to have even greater potential, called Heroin. This wonder drug was created to be a non-addictive alternative to morphine, slated to be used for such ailments as curing heavy coughs and labor pain. In fact, when Aspirin was first recommended to Heinrich Dreser, head of the pharmacological laboratory at Bayer, he rejected it, supposedly stating “The product has no value.”   Once Heroin’s star quickly began to fall as people realized how addictive it was, Dreser revisited his decision on Aspirin, which quickly became Bayer’s best selling product. However, after World War I, Bayer had to give up their trademark on Aspirin as part of the Treaty of Versailles in 1919.

Aspirin sales slumped with the introduction of other over-the-counter pain relievers such as ibuprofen and acetaminophen, but sales rebounded in a big way when clinical trials showed that a small daily dose of Aspirin could lower the risk of heart attack and stroke.  Today, approximately 40 billion Aspirin tablets are consumed annually.