January 31, 2015 Daven Hiskey
This is a weekly wrap of our popular Daily Knowledge Newsletter. You can get that newsletter for free here. 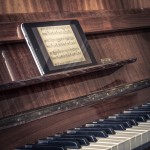 The Invention of the Piano

The names that come to mind at the mention of the Italian Renaissance are the likes of Medici, Da Vinci, and Galileo. Few, however, know the name Bartolomeo Cristofori, an accomplished craftsman who lived and worked during that era. You may not know his name, but you do know his greatest invention- the “harpsichord with loud and soft,” better known today as the piano. Little is known of Cristofori’s family or childhood, other than that he was born in 1655 and grew up in the town of Padua, located in the Republic of Venice. As an adult, besides working on a… (more) 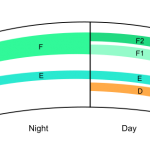 Not all radio waves travel farther at night than during the day, but some, short and medium wave, which AM radio signals fall under, definitely can given the right conditions. The main reason this is the case has to do with the signal interacting with a particular layer of the atmosphere known as the ionosphere, and how this interaction changes from the nighttime to the daytime.The ionosphere is a layer of the upper atmosphere about 50 to 600 miles above sea level. It gets its name because it is ionized consistently by solar and cosmic… (more) 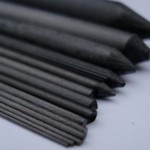 In the 16th century, a large deposit of pure, solid graphite was discovered in Borrowdale, England. This was the first time in recorded history that high quality, solid graphite had been found. When metallurgists first encountered this substance, they thought it was some sort of black lead, rather than a form of carbon. Thus, they called it “plumbago”, which is derived from “plumbum”, which is Latin for “lead”. It didn’t take people long to realize that solid sticks of high quality graphite were good for marking things. At… (more) 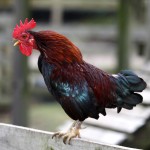 Next to the bark of a dog or the gentle meowing of a cat, the crow of a rooster is one of the most recognisable animal noises on Earth; but why exactly do roosters feel the need to crow and is there any truth to the idea that they crow more (or only) in the morning? Surprisingly, although chickens are one of the most ubiquitous (and delicious) animals on the planet, it wasn’t until 2013 that scientists definitively answered these questions. First and foremost, it’s important for us to point out that roosters will crow at all times and in response… (more) 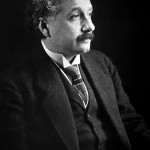 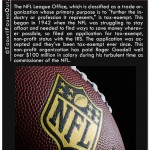 Buffalo wings were invented sometime around the 1960s by either John Young or Frank and Teressa Bellissimo in Buffalo, New York. The spreading of this tasty appetizer was relatively slow until Football stepped in. What happened? From 1990-1993, the Buffalo Bills made it to the Super Bowl four consecutive seasons. During this time, the media covering the team also did features on the region itself, including talking quite a bit about local food and particularly highlighting these spicy, fried chicken wings. Thanks to this coverage, Buffalo wings saw a huge surge in popularity… (more) 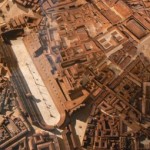 The Colosseum is one of the most iconic landmarks in Rome and incredibly popular with tourists. Movies would have you think that chariot races, gladiator shows, and battle simulations always took place there, but that isn’t true. The Colosseum was finished relatively recently, all things considered. Before its completion, a more popular venue for such things was the Circus Maximus. The Circus Maximus was arguably the largest structure in ancient Rome, with the capacity to seat 250,000 people according… (more) 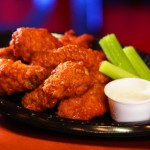 In most spicy foods, this is thanks to the same chemicals that cause the burning sensation on your tongue, namely capsaicin or allyl isothiocyanate.  Capsaicin is chemical found in fruits of the genus Capsicum, which includes peppers. It is present, usually in relatively high amounts, in the placental tissue that holds the seeds of the peppers, as well as in lower concentrations in other parts of the fruit. The capsaicin works as a deterrent to stop various animals, particularly mammals that would crunch the seeds, from… (more) 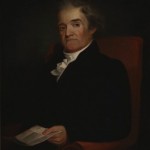 Eliminating the unnecessary u, many duplicate consonants, the redundant e, converting diphthongs into simple vowels and turning the combination of e and r at the end of a word the right way around, Americans significantly changed the spelling of many English words. And it was done with the best of intentions – to make spelling easier. American English began to deviate from British English as soon as the United States won its independence from Great Britain. The brainchild of Noah Webster, the differences in spelling between… (more) 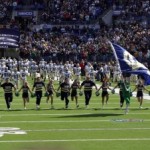 When the green and blue uniformed athletes of the University of Notre Dame run on to the field or court, their fans are rooting for the “Fighting Irish.” Represented by a small green leprechaun- hat tilted with his fists up, ready to fight- the athletic teams of this South Bend, Indiana Catholic school have been playing under this moniker for, officially, 87 years. But here’s the thing: the school was actually founded by French Catholic priests, not Irish Catholics. So, how did Notre Dame become the “Fighting Irish?” Shouldn’t they be called the “Fighting French?” In November 1842… (more) 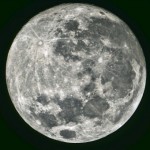 One Moon “day” is approximately 29 1/2 Earth days. This rotation coincides with its orbit around the Earth so that we only see about 59% of the surface of the Moon from Earth. When the Moon first formed, its rotational speed and orbit were very different than they are now. Over time, the Earth’s gravitational field gradually slowed the Moon’s rotation until the orbital period and the rotational speed stabilized, making one side of the Moon always face the Earth. How does this work? Simply put -tidal friction. For a slightly less simple explanation, we’ll have to put our science caps on. But stick with it; it’s fascinating… (more)